Those old enough to remember Lindsay, will recall a likeable bloke who was also probably the biggest stirrer in Victorian Karting back in the 60/70s.

Fiercely competitive and innovative, a typical memory would probably be of Lindsay in his garage in Nth Melbourne. Oily rag in hand and scratching his head, while hovering over a kart and pondering how he could improve this, tweak that and extract a few more horsepower.

He got into karting at around the age of 30 when he joined the VKA in 1965 and raced a sprint kart with an old Villiers motor, which he quickly decided was “shit”! Soon replaced it with twin McCullochs and raced against the likes of the Hartneys, Hunters and Peter Ward. 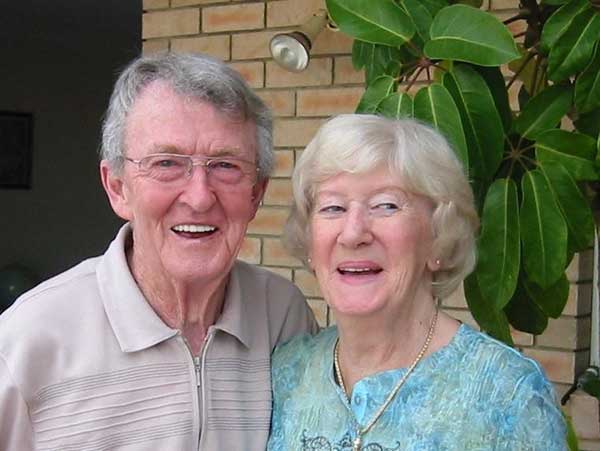 After some time he got bored with this and he and a group of other karters decided it was time to start Road Racing.

After much arguing with Rene Smith, Arthur Gore and the VKA hierarchy, they were allowed to form a road race club as a division of the VKA.

This of course created problems/restrictions and finally around 1970/71 there was a meeting held in Lindsay and Noeline’s lounge room. It was decided to break away from sprint karts
and form the VKA Road Racing Division coming under CAMS rules. The club later became the Victorian Superkart Club.

Noelene was elected Secretary/Treasurer and Race Secretary and Henry Rhodes was the first President. Lindsay declined to take office, preferring to just keep stirring the pot!

He was racing Enduros interstate from 1968 onwards and a much prized possession was a jacket covered in patches which were handed out with the trophies in those days.  He was the first Victorian to go to NSW with the twin McCullochs and raced at Katoomba – that was the start of a long association with interstate Road Racers.

Later he decided that the twins were becoming too hard to drive and not fast enough for his liking and started playing with 80cc motors, which were much more reliable, quicker and easier to “tweak”. So he went on a recruiting drive to win more converts to his cause and get an 80cc experimental class up and running.  That of course flourished and became the main stay of the Club as many other classes started to decline in numbers.

Lindsay retired at the age of 51 and after being diagnosed with emphysema, he and Noeline headed north to the Gold Coast where he spent several decades enjoying good health until the onset of Parkinson’s disease. His walker sported a number plate with 30 on it and even when bed ridden he still followed motor racing on the TV.

Ross Gray and John Hickey, two of his old karting mates attended his wake and I’m sure a few VB were drunk in his honour.