It is with much sadness we learn of the passing of Rob Macri earlier this week. 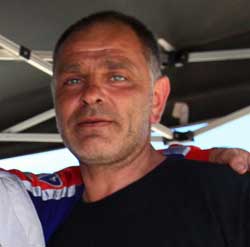 Having raced karts himself in Clubman Super Heavy, the Victorian became well know for his meticulous preparation and skill on the spanners.

Rob was diagnosed with leukemia just over one year ago. Father of Georgia and Ben, he passed away peacefully on August 7 surrounded by family. He was 50.

Lee Mitchener has kindly assembled the following tributes from a number of former karters who were lucky to have been able to work with Rob in the formative years of their careers.

Rob was an instrumental part of my racing career. Together we won a number of National and State titles but it was not just the success on track that I owe Rob for. His incredible attention to detail, passion for whatever he did and professional approach is something I try and incorporate not only in my racing but my life every day.

I will never forget the long conversations we had about how to work on my mental approach to be a better driver, how important preparation was before getting to the track and how you just have to work hard to achieve anything. This was highlighted regularly when my friends would ask if I got a new kart, it was nearly 2 years old; Rob just couldn’t go to the track without the kart, trailer and everything being clean and ready to go.

A race weekend with Rob involved countless trips to get him a coffee or to buy him more cable ties, listening to Bon Jovi on the way to the track so loud everyone at the lights could hear it, checking into the hotel and then rushing to find the closest La Porchetta or Italian restaurant or just hiding from him if Hawthorn lost the footy! And then as soon as you got home getting out the pressure washer to clean everything, he loved that thing!

I like so many others have benefited greatly from being around Rob; his influence on my life has been significant and will continue to be. We will miss his cheeky grin and the passion he had for everything in his life. 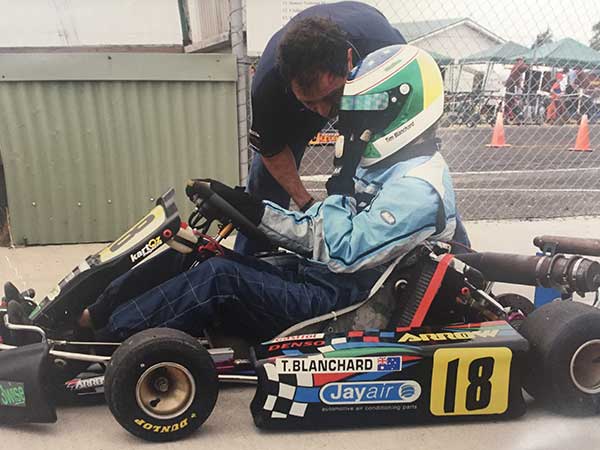 Rob Macri. It’s really hard to know where to start with Rob. He was just a good bloke.

I would’ve first met Rob in 1999 or 2000, back when he had a servo and worked for McLaren at the Australian Grands Prix. Rob looked after Benny Small, Tim Blanchard and myself for many years in karts. His karting prep and all his karting gear was competitive but it had to look good. If you put shit looking stickers on or had a crap trailer or ezyup Rob would tell you about it.

He cared so much for us kids, right through karting into cars but also as we got older and through life. We enjoyed traveling, racing and most of all having fun with Rob, which are all great memories of a great person.

My thoughts are with his two children, Georgia and Ben, and indeed his close friends and family.

After being introduced to Rob in 2005, It was a turning point of my racing career. With the records under his belt from helping out previous guys who had successfully moved on from Go Karting, it was without a doubt the reason for me getting results. Rob just knew what to do, he was meticulous with the presentation of the kart, how he went about doing things, like the last minute dash to the toolbox whilst we were sitting on the grid to check the rear wheels were tight, even after he had checked them 5 times before. He put in the effort to gain the knowledge for what was required to win.

It wasn’t just on the race track where Rob was a guru. It was getting in the drivers head and getting their mind set for the race. He would never tell you what to do exactly, but you somehow went out the grid gate knowing exactly what you needed to do.

Rob was a life mentor, caring for anyone who would give him the time, offering words of advice from the experiences he had, and everyone took the advice due to the respect that so many people had for him.

We all knew him as ‘Grumpy Rob’, but it never pushed anyone away from wanting to be involved with him. We sure will miss the obnoxious comments that we were all thinking, but held back from. He was never afraid to tell it how it was.

My Heart goes out to all suffering from the hole that this man has left behind.  We will miss you. 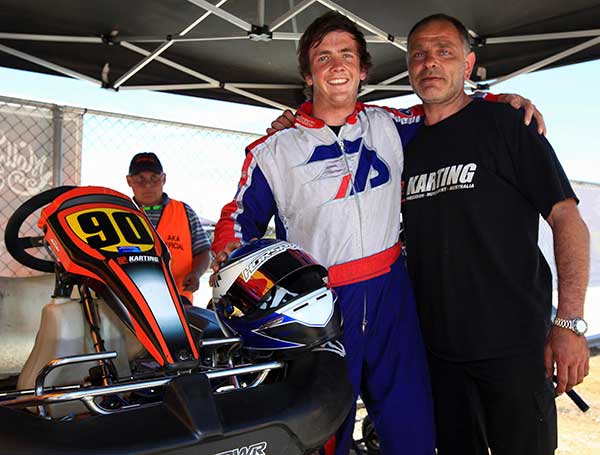 Rob Macri was one of the most generous and caring friends so many of us had. His dedication, hard work and education both on and off the track is something we will be better people for.

Rob started taking my brother James and I racing from when we were kids. Rob would pick us up in his van, hook the trailer on, and off we would go to Oakleigh, Todd Road or interstate to go testing or racing. James and I cherished these days as we would always have a great time, we would learn a lot on and off the track, we would have plenty of laughs, and we ran thousands of laps, plus we always loved the KFC lunches.

The stories we have accumulated over the years will be told for a lifetime. Robs ability to light up a room with his laugh and his smile was something special and something we will all miss.

Rob, you will never be forgotten, thank you for all the years of support and all the great memories.