The third and final Competition of the 2018 FIA Karting European Championship – Superkart will take place as in previous years on the Bugatti circuit of Le Mans from 26th to 28th October. The entry promises to be higher in France than in the two previous rounds with 29 entries, because of a healthy French delegation – eight Drivers – ahead of that of the British who are also well represented with seven Drivers. 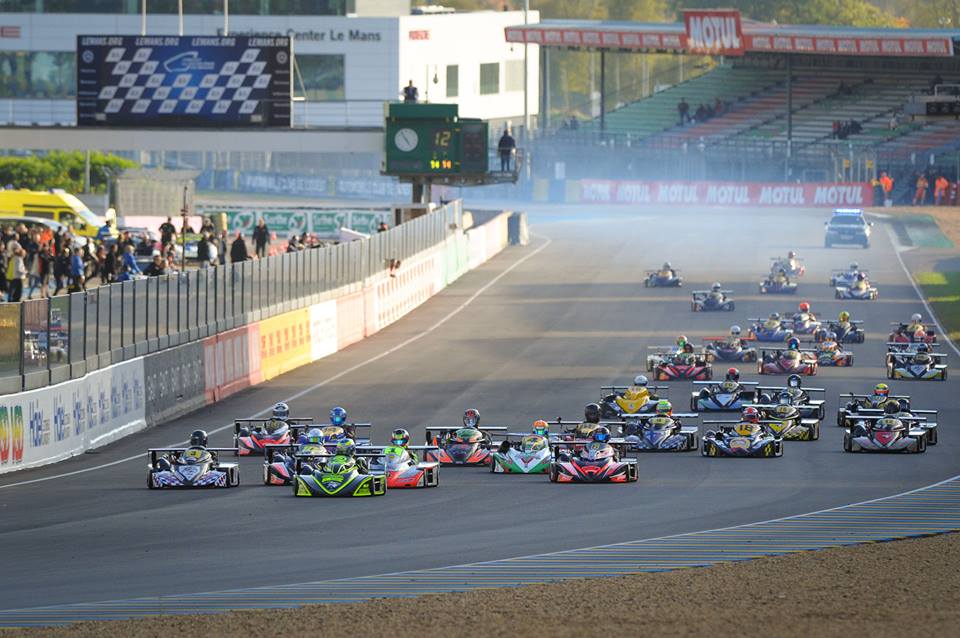 The suspense remains high for this European final. Indeed, the two favourites from recent years are still neck and neck, only two points separating them in the provisional classification. The duel therefore continues between the last two Champions: the German Peter Elkmann (Anderson / VM), Champion in 2018, against the Czech Adam Kout (MS Kart / DEA) double Champion in 2016 and 2017. However, despite appearances, the advantage remains with Elkmann. A result needs to be dropped and his retirement with an engine breakage at Assen will not penalise him too badly. In terms of speed, he has taken the ascendancy and counts three victories. Kout, who has reduced his programme this year, has only three podiums. Not only must he finish ahead of his opponent, but also take at least one victory to be crowned.

The two protagonists will nevertheless be wary of the German Andreas Jost (Anderson / VM) who has had a great season. In the European Championship, he has four consecutive podiums, is only 11 points behind Elkmann and has the potential to beat his countryman as he has already proved in the French Championship.

Potential candidates for the podium include Belgian Yannick de Brabander (MS Kart / VM) returning from the FIA ​​Karting World Championship – OK in Kristianstad. He also took the only victory missed by Elkmann at Assen and is currently fighting with Jost for 3rd position in the standings, with only one point difference. Another Driver to follow, the Briton Daniel Clark (Anderson / VM) can no longer fight for the title after some setbacks, but remains very fast. His compatriot Carl Hulme (Anderson / VM) has just acquired new engines, allowing him to participate in the fight at the forefront. Finally, the Dutch fans will be counting on Marcel Maasmann (Anderson / VM), 5th in the provisional ranking and still in the leading group.

However, another competitor could be a spoilsport. Le Mans marks the return to Competition of the former triple European Champion Emmanuel Vinuales (MS Kart / VM). With equipment recently tested in a Race, he is still motivated by victory. Among the Frenchmen, Alexandre Sebastia (Anderson / DEA) is the most consistent at the front, and he should be able to fight among the underdogs.