South Australia’s 2018 Black Plate State Cup is approaching quickly with the Mount Gambier Circuit set to come alive on the second weekend of November (Nov 10-11) as organisers expect drivers from all throughout South Australia as well as Interstate to compete. 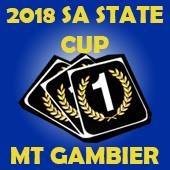 With greater community support and nominations fees down 25% compared to last year, 2018 is promising to be bigger and better than last year’s inaugural event, with the picturesque Glenburnie Raceway as a backdrop for some fast and competitive racing.

Camping at the track is available with gates opening on Friday at approx. 8am for pit setup with the track being available for practice from 10am until 5pm.

Officially the event kicks off on Saturday morning with the finals concluding Sunday afternoon and class winners awarded their prestigious Black Plate during presentation.

Supp Regs can be found at www.kartingsa.com.au/calendar/#event_32185 and nominations are to be submitted through KA’s CMS and as an added bonus, for any class obtaining 10 or more registered drivers, the club will be giving away one random free entry for that class, so rally your mates together, help build class numbers and you could be rewarded.

After last year’s success, this meeting is either a great way to wrap up your 2018 race calendar, or use it as a shakedown for the Victorian State Cup to be held in Muldura in December. Further enquiries are to be made through Mount Gambier Kart Clubs Facebook page.