Take a deep breath, lots of News Briefs in this edition…

LAP OF LE MANS: Ride with Kip Foster for a lap of Le Mans – on a bicycle. Lots of tips to pick up on in this video from the IAME International Final.

EVENT PROMOTION – The past few months has seen an increase in the number of clubs contacting KartSportNews, just days prior to an event, in a last minute effort to boost entries. We’re generally happy to run some sort of supplied promo, free of charge, in one of these News Briefs posts (see further down this post for examples). But don’t get sh#tty with us when our publication schedule doesn’t suit your lack of pre-planning. To avoid missing out, make contact months ahead so a proper advertising effort can be made, timed to finish when entries close. Does you club wish to effectively advertise a race meeting, or rely on the “will it/won’t it get published” approach? See this page.

NICO’s TEAM WINS – Nico Rosberg’s personal vlog of his day at the OK World Championship. His team started pole in both OK and OK-Junior and took home the title in OK. We guess giving the CIK-FIA President a lift in your private jet entitles you to film your driver from the starter’s gantry :p

BEND IT LIKE BEN – Ben Lillis at The Bend, DD2 Masters practice, Rotax Pro Tour Grand Final. Shows you what the karting family can do for each other as the team at St George Karts put the blue machine on its straightening bench and, amazingly, got it back on track! “Ben’s DD2 Kart presented the SGK straightening bench a challenge” SGK wrote on social media. “Not only was the kart bent significantly up but it was 45mm short on one side. After three hours of work the kart was straight again and Ben was second quickest in the next session and happy to be back on track.”

MARCOS MOVES UP – Marcos Flack (Energy/TM) will join James Wharton (Parolin/TM) in the OK-Junior field at the opening round of the WSK Final Cup at South Garda Karting (Lonato) this weekend. Cody Maynes-Rutty (PCR-Parolin/TM) is the third Australian on the entry list, competing in the Mini class with PCR. Over 250 drivers are entered for the first round – full entry list is HERE. Live streaming and timing will be HERE. Round 2 is at Castelletto (Nov 8-11) and round 3 at Adria International (Nov 22-25). 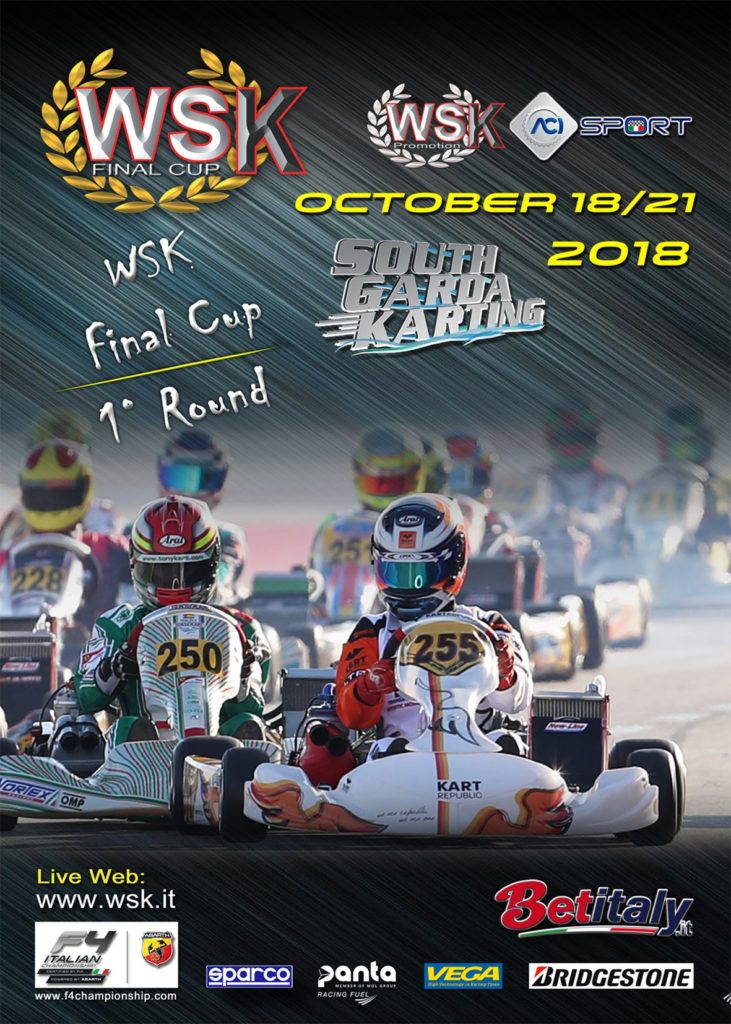 DPE AND RKA – DPE has expanded its sponsorship of Retro Karting Australia. DPE Kart Superstores & MG Tires will be the naming rights sponsor for 2019 for both the RKA F100 & Pro Clubman Series. “This sponsorship is a massive benefit for both the race series & the members” organisers said. “Having the biggest & most trusted name in Australian karting backing our series with the DPE name is a huge honour for RKA, and the DPE sponsorship will greatly benefit members with a massive prize pool.”

PRO RETRO – And with the above announcement comes further clarification of rules for Pro Clubman. There’s been a lot of interest around this class, but potential competitors are reminded that it is a ‘retro’ class and all kart needs to be registered with RKA. 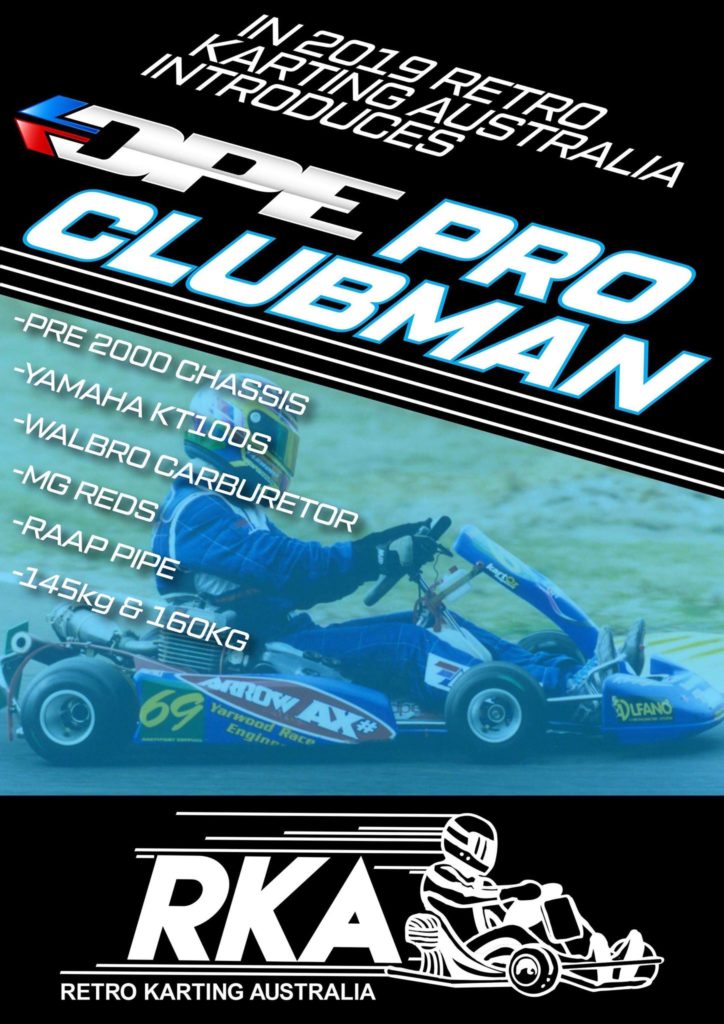 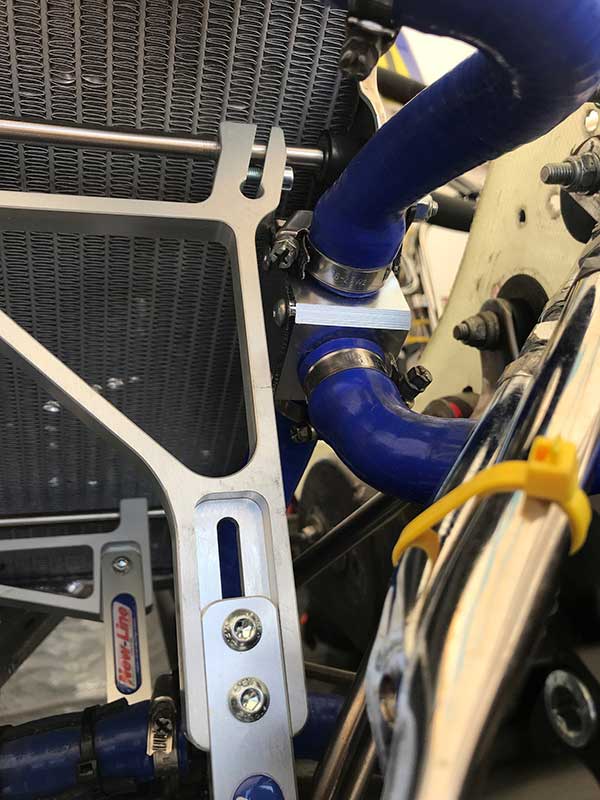 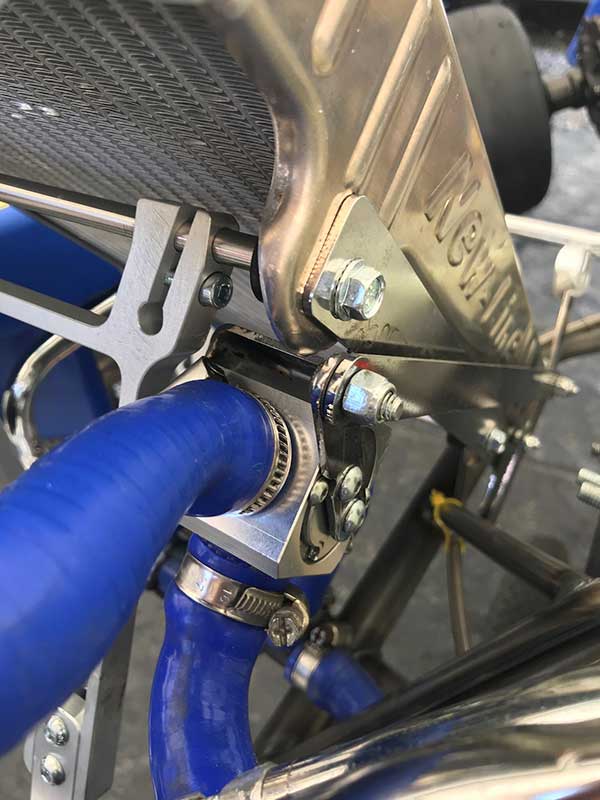 LOADED – Behind the scenes, Rotax is already loading and sending containers of equipment to Brazil for the 2018 Grand Finals. 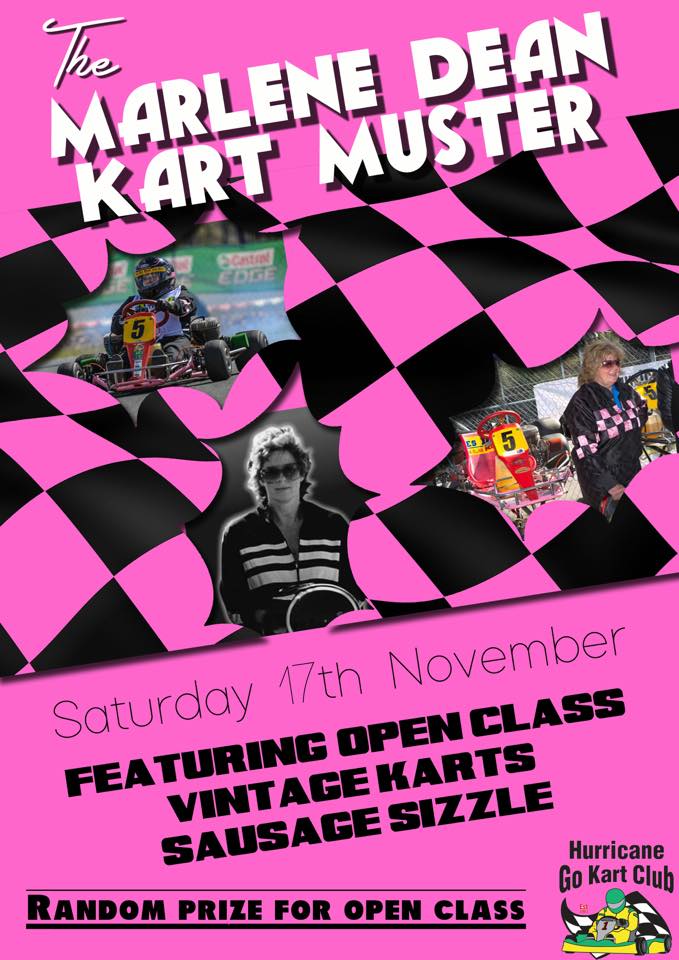 NOGGIN WARMERS – Branded beanies have just landed at Pro Karting. Grab one before they go, $35 each – Pro Karting. 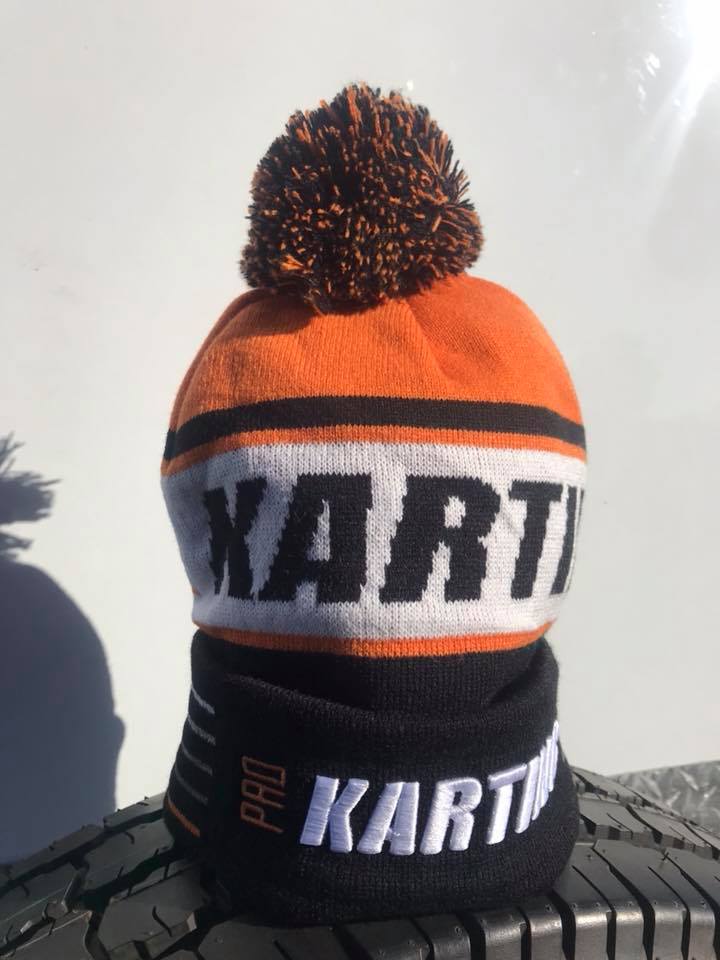 ROTAX WORLD FINALS FOR OZ? – The Bend’s karting circuit is the only one in Australia built to current CIK-FIA specifications. “It’s hard to believe we’ve finally got a world class facility in this country” IKD Managing Director Ian Black said in a statement at the time Pro Tour was using the venue for it’s Grand Final. “From the minute you drive in, you realise you’re somewhere special.” Black believes it is a realistic objective to host an international karting event at The Bend. “When we travel to Europe everyone wants to come to Australia. If we can hold the Rotax World Championship here it would be fantastic.”

VALE, MARCO’s MUM – If you’re wondering why Tony Kart’s Marco Ardigo did not compete in the KZ World Championship, it was because his mother passed away at the beginning of the event. The CIK-FIA posted the following on social media: “Death in Marco Ardigo’s family: Factory driver with the Tony Kart Racing Team, the Italian Marco Ardigo could not defend his chances in the 2018 FIA Karting World Championship – KZ as his mother passed away when the Competition had just started in Belgium. A big name in modern karting, Marco Ardigo is a driver admired and respected by all. At the age of 35, he has a commendable track record including three World Championships and five European Championships. The CIK-FIA and RGMMC extend their deepest condolences to Marco and his family.”

TRACK NEWS – The circuit at Lithgow will be open for practice this Saturday from 9am to 4pm but will not be available any other week day prior as the club has some safety improvements to carry out on turn one before the weekend. 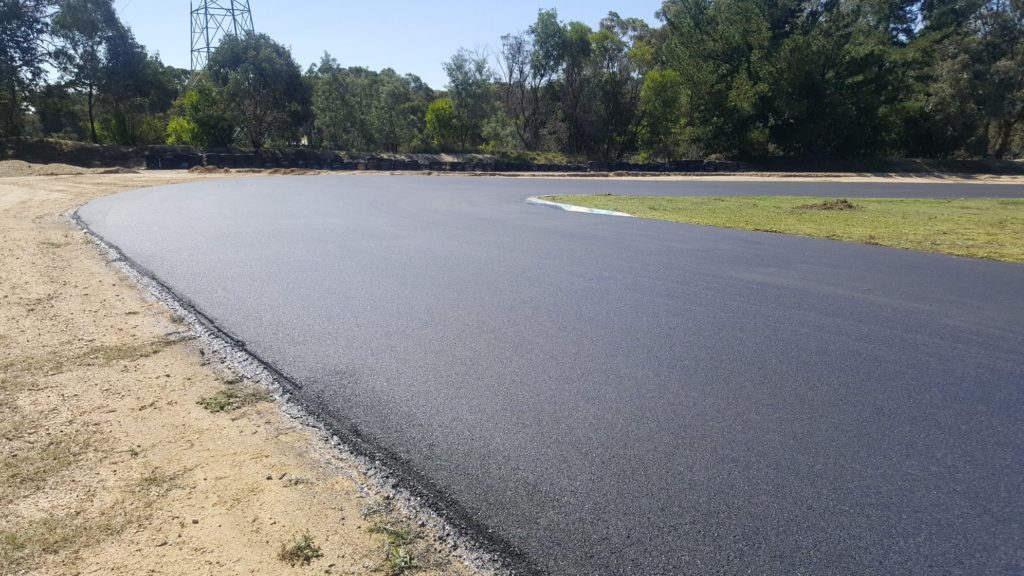 REMO ON TOUR – Whilst in Italy last week, Remo Luciani took the opportunity to visit the OTK factory and discuss future plans and the betterment of chassis performance for their brand in Australia, marketing strategies to increase sales in Australia, and the new look for the 2019 models of Kosmic and FA Kart.

COUNTRY CASH – The final round of the Vic Country Series is at Portland on October 20-21, and series champions and prizes will be awarded at the conclusion of racing on Sunday afternoon. 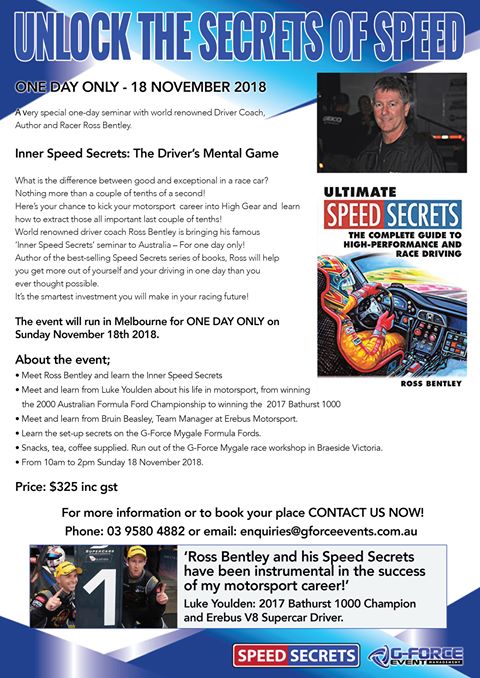 LUBE APPROVALS – The CIK-FIA has distributed a reminder to lubricant manufacturers that the deadline to submit approval applications for the year 2019 is 15 November 2018. The application must be received by the CIK-FIA by this date and include validation by the appropriate ASN (National Sporting Authority) as well as a sample sent to the Intertek laboratory.

MEGA PODIUM – Numurkah kart track in Victoria has received a number of improvements to facilities, including this new 7.5 metre long mega podium and semi-enclosed grandstand. It proved a big hit at the recent Australasian Titles meeting.

50 YEARS OF VICTORIES – IAME celebrated 50 Years of Victories at the recent World Chapionship in Sweden. “We would like to thank all the fans, the drivers globally, our past and present drivers, to those who have moved on to different categories and to the many mothers and fathers who never get tired of helping and encouraging their children to follow their dreams: we are here and we will always be here for you. Today we do not speak as IAME, but as the Heart of the Kart.” 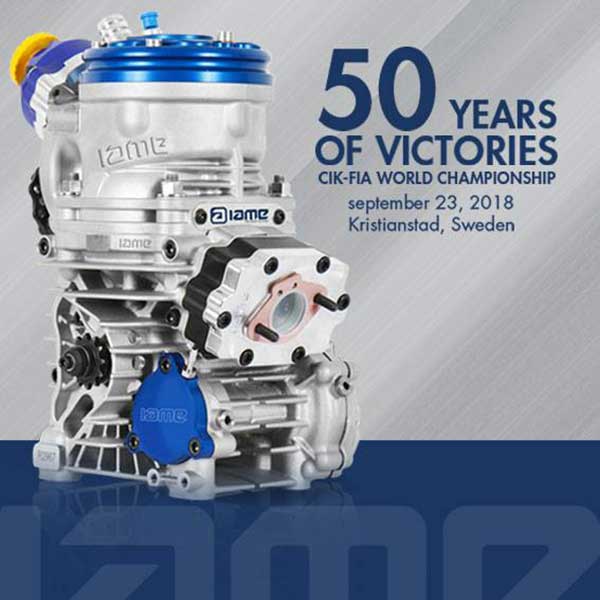 KARTIN’ CLIP – Music video made from and for the Portland street race, many years ago. How are the lyrics?! 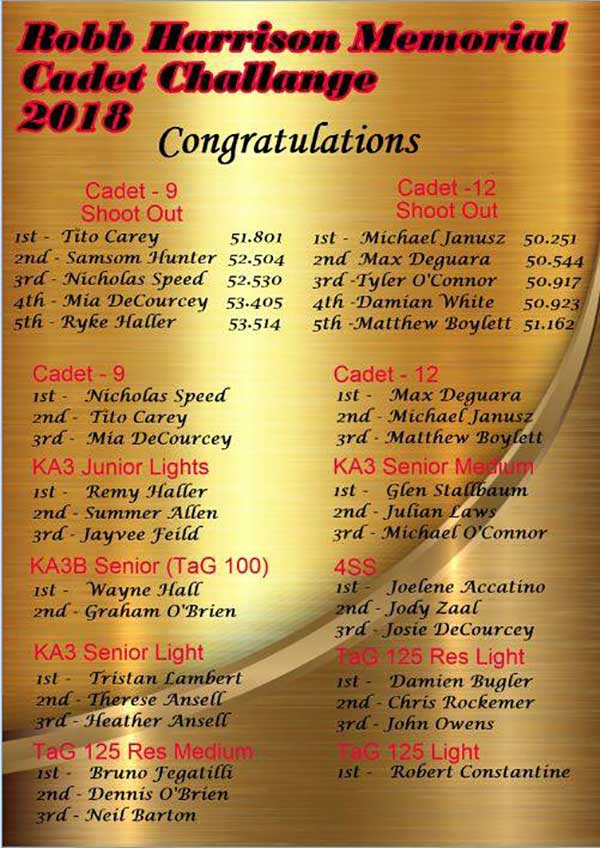 TAKE A MATE – Introduce someone to karting this Saturday by giving them a go at Whyalla: 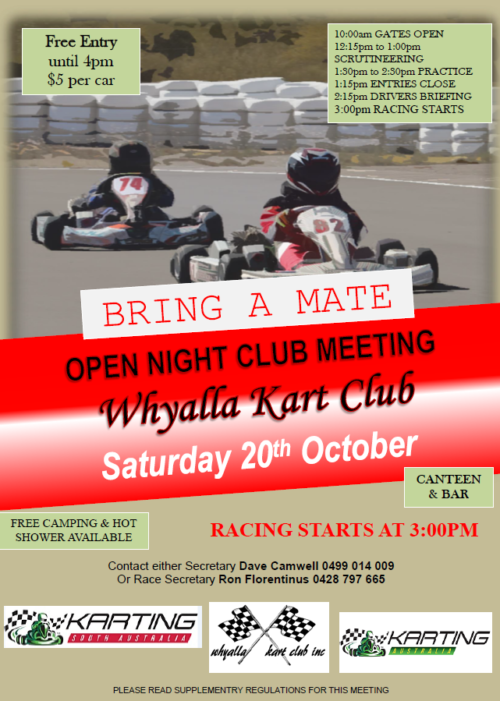 ROTAX EURO DATES – The calendar for the 2019 Rotax MAX Challenge Euro Trophy has been finalized. The kick-off will take place from April 26 to 28, 2019 in Wackersdorf (GER), before the second round will be hosted from May 31 to June 2, 2019 (venue to be announced). The second half of the season will begin in Kristianstad (SWE) from July 12 to 14, and the final race for 2019 is scheduled September 6 to 8 at Genk (BEL).

DO THESE COUNT? Segway is now producing “Go Karts” …

YAMMIE FEATURE – Yamaha S and J classes will be the feature events at Gippsland Go Kart Club’s November club day. They need to comply with the current KA3/4 regulations. 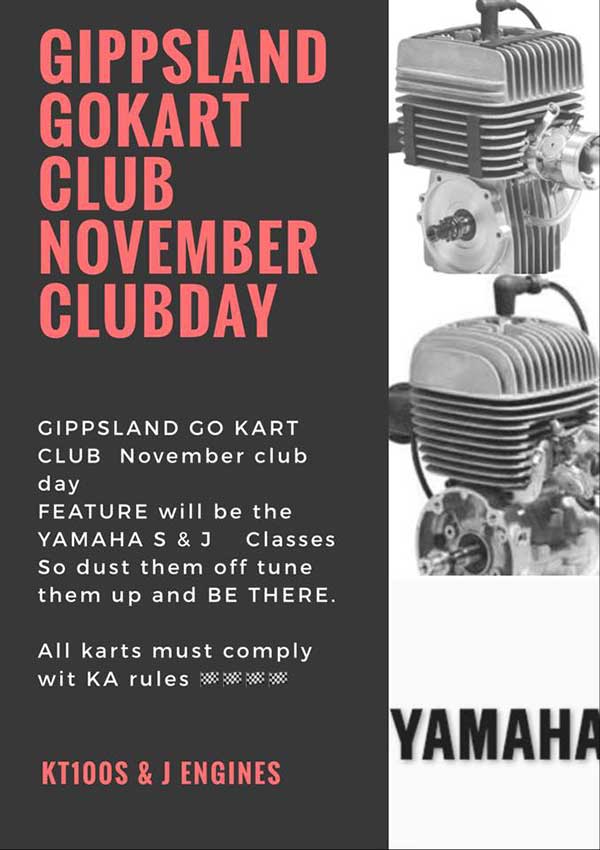 IAME EURO – IAME has released the provisional dates for the 2019 IAME Euro Series, held over four rounds. The season will kick off with the 2019 IAME Winter Cup at Valencia on February 7-10. 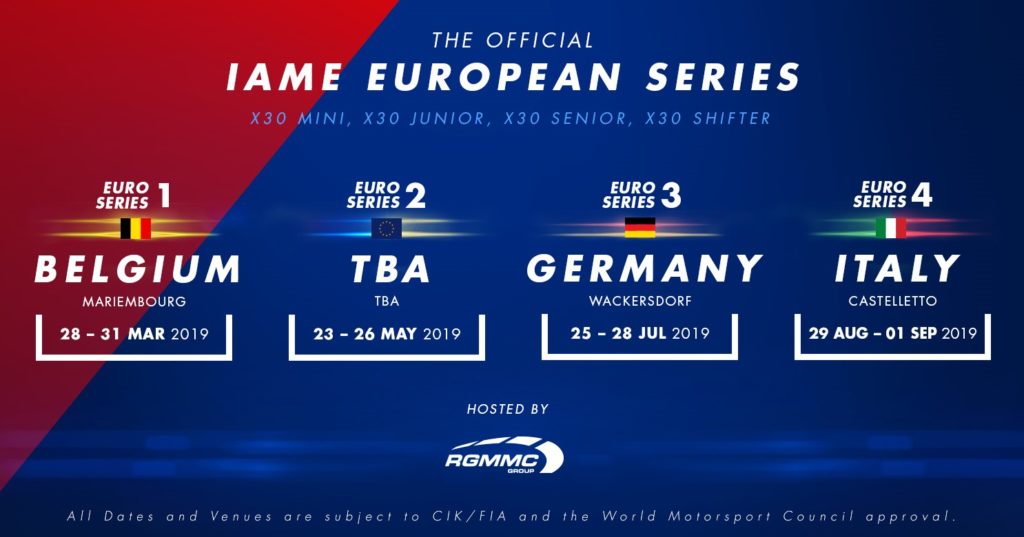 VIDEO – Inside the OTK factory in Italy (by Kart360)

DETAILS FROM DAVE – Information from David Sera about the 4-Hour Karting Enduro planned for Todd Rd in December:

In what will be Australasia’s biggest karting race this decade, the 4 hour TAG endurance race at Todd Road on December 15th has cash & prizes totalling over $20,000!!

This will be similar to the race event we held a few years back, so for drivers who previously competed in it will know how much fun it was.

This will only be open to the first 75 karts (two man teams)!! From the talk around the pits over this will fill up quickly. Teams will be represented with two drivers utilising one of the TAG engines currently available (X30, ROTAX, GALAXY) on MG Red Tyres. There will be two sets allocated to TAG Senior competitors with the second set only being purchased by the people who make the final field.

The event will also see a KA3 Junior category compete for a 45 minute Enduro with one 5 minute mandatory pit stop. Junior drivers will be using the same Dunlop tyre as this year, one set throughout qualifying and race.

For the first time, there will also be a Cadet category competing which we are excited about!

The length of the race will be 30 minutes with one mandatory pit stop and one driver. It’ll be a mixture of Cadet 12 & Cadet 9. 40 entry maximum for this category.

The race will be in the clockwise direction (up the hill) and the clover leaf (in grid / out grid) will be used for Pit stops and weigh ins.

For now we have already secured over $20,000 in cash prizes to be divided between the categories. A big thanks to our sponsors to date; Shamick Racing, AA Semi Trailers, Focus On Furniture, DPE Kart Superstore, Patrizicorse and many more.

Add as many drivers as you think will be interested as once the cut off is met, you’ll need to wait until 2019. I can assure you it’s one of the most enjoyable days you’ll have!” 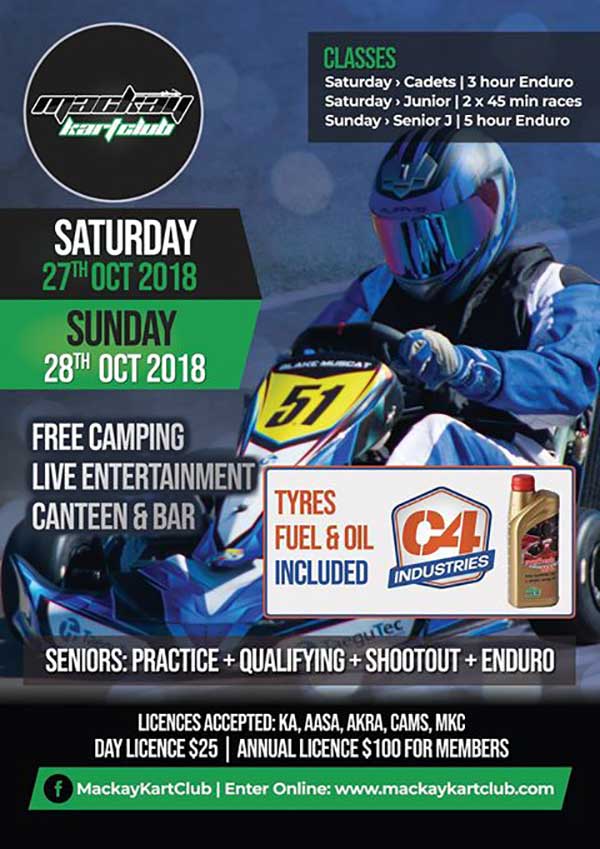 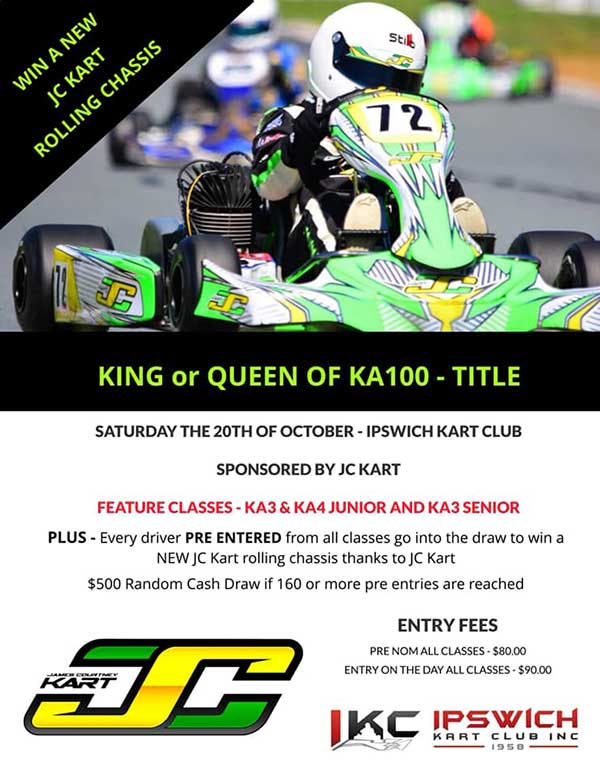 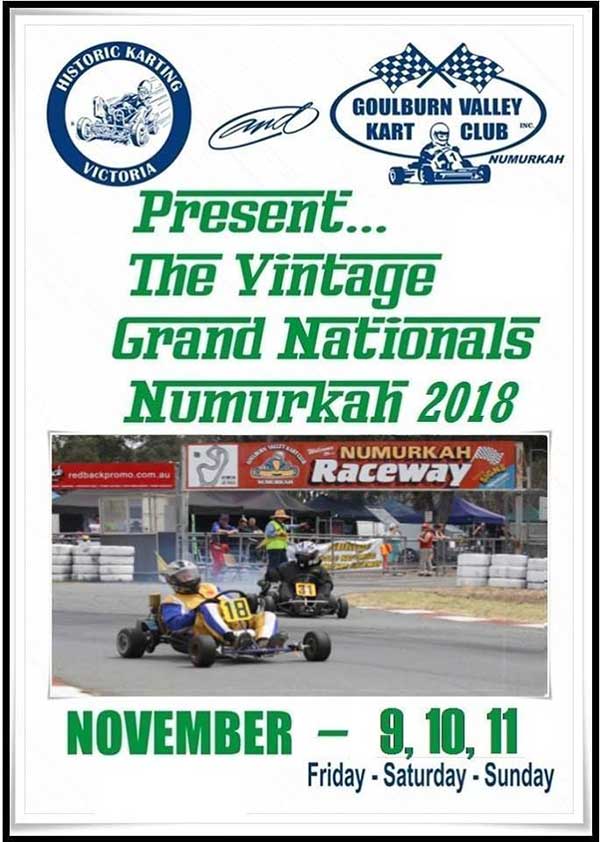