Dutch Karting Champion Joey Hanssen will return to his adopted home for the 2018 Race of Stars at the Xtreme Karting Facility on the Gold Coast this October.

Hanssen, who was based in ‘Down Under’ during 2013 and 2014 while claiming back-to-back Australian Championships, is focused on taking the KZ2 winner’s surfboard back the Netherlands in 2018.

“I spent two years living in Australia and thoroughly enjoyed it while also winning two Championships, but the one thing I didn’t manage to win was the Race of Stars. Hopefully that can change this year,” said Hanssen.

“I’m returning to Australia this year with the sole purpose of claiming the surfboard.”

“Anyone who competes at a high level in Europe is extremely talented, but some of the Australian drivers are just as good. When I first raced in Australia I didn’t know what to expect but I very quickly learnt that there were some very good drivers over there and really had to push hard to win,” said Hanssen.

Hanssen is the first of the international drivers to be confirmed to be heading to the Gold Coast for the 2018 Race of Stars. 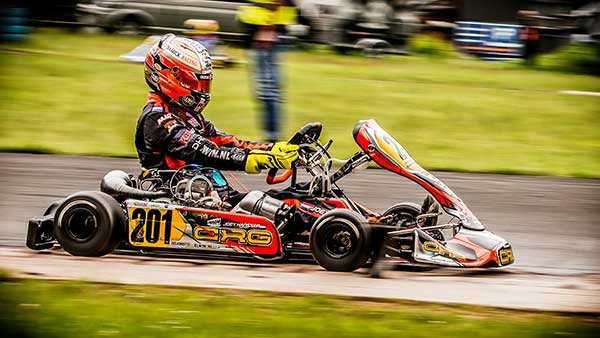 It is expected that more than 250 drivers, including numerous internationals, will be in action at the event to be contested at the Xtreme Karting Complex on October 11-13.

The Race of Stars will launch the Gold Coast into a ten-day celebration of motorsports with the Vodafone Gold Coast 600 Supercars event being contested on the Surfers Paradise Street Circuit the following weekend.