The third edition of the South Garda Karting Trophy had a wet final in Lonato, but the event has been successful on several fronts, starting from the 200 entered drivers in this spring event that, as said, experienced a bit of rain towards the end. 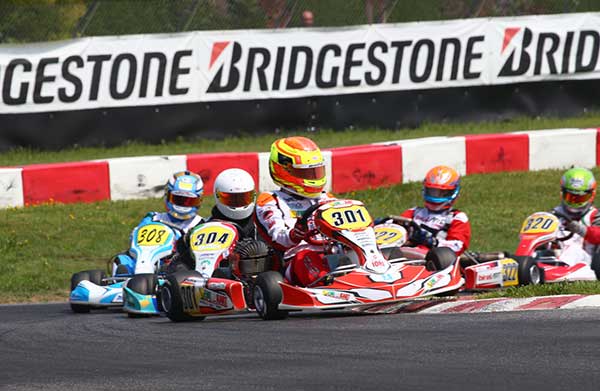 Presence has been very good in national categories as KZ2, 60 Mini and Entry Level had 47 verified drivers on track, the Easykart Italian Trophy counted 98 drivers, 32 of which aged between 6 and 8 competing in the Training category, while the Rotax Trophy North Area had 47 drivers at the start.

The most powerful category, KZ2, was won by Manuel Cozzaglio (BirelArt-Tm), who had previously won also the Final of the Spring Trophy in Lonato. Cozzaglio claimed also this Final of the South Garda Karting Trophy at the end of a good race that saw him in the lead since the beginning, with the Austrian Christoph Hold chasing him on Maranello-Modena, as the latter had managed to win the Prefinal, leading Cozzaglio. The third position went to Daniele Vezzelli (Gold-Modena) in the closing stages that were affected by some rain drops. 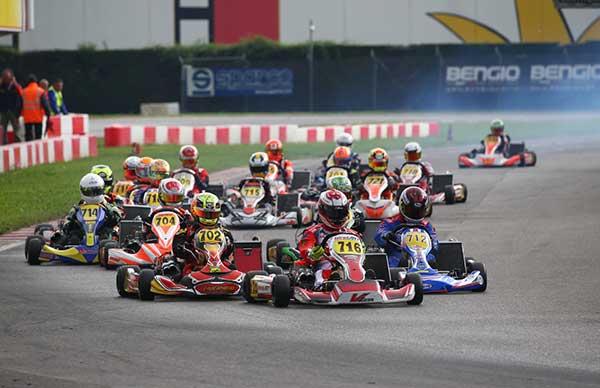 The Austrian Kiano Blum dominated 60 Mini on CRG-Tm. He won the Prefinal and Final and confirmed to be a strong interpreter of this category. Blum proceeded Andrea Frassinetti and Francesco Amendola, both on BirelArt-Tm.

The 32 very young drivers of Training Easykart produced a good spectacle in a non competitive race, but that was quite interesting to follow the driving skills of these very young children aged between 6 and 8. In 60 Easykart, the slightly higher category, the victory went to Andrea Pirovano (who was fifth in qualifying before winning also the qualifying heat) from Simone Principalli to Andrea Calabrese, all on BirelArt-Bmb. 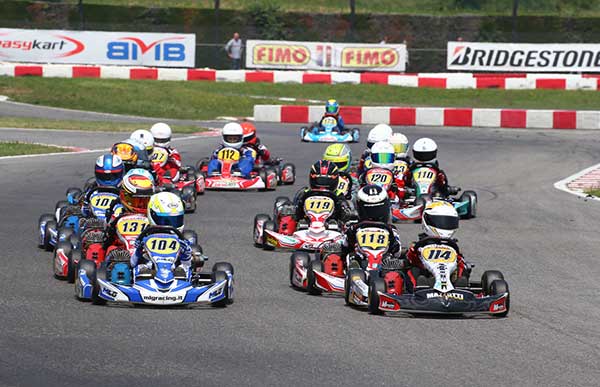 Damiano Puccetti had the upper hand on Alessandro Gnecchi in 100 Easykart, the latter had been very quick in qualifying practice and heat. The third place was obtained by Victor Martin Odin, all on BirelArt-Bmb.

The victory in 125 Easykart went to Riccardo Pollastri, who built a good margin on his rivals and also claimed the victory in the qualifying heat. Francesco Ruga was second in the Final, while Paolo Orsini was third, all on BirelArt-Bmb.

In the Rotax Trophy, the smallest category, Mini, was won by Giuseppe Forenzi (Energy-Rotax), who went quickest in qualifying and won the Prefinal too. Pietro Valdo Pons and Pietro Ragone, both on Maranello-Rotax, ended second and third respectively.

The Rotax Junior Final was stopped due to a sudden rainfall. At the restart in slow regime, Mattia Lombardi (Ricciardo-Rotax) won the race from Nicola Felappi (Praga-Rotax) to Gregorio Bertocco (Tony Kart-Rotax). 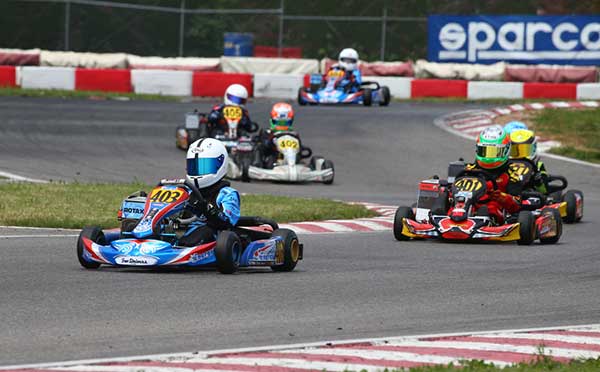 Rotax DD2 was run on the wet and Armando Iannaccone dominated the category, leading Pascal Carigiet, both on CRG-Rotax. In Rotax DD2 Gentleman, the victory went to Emilio Pecci (Sodi-Rotax), while Fabio Cretti (OK1-Rotax) won Rotax DD2 Over.

The closing race of the day was Rotax Max and Damiano Marchesan (Sodi-Rotax) managed to lead Filippo Laghi (Tony Kart-Rotax) at the flag on the wet, despite the latter being fastest in qualifying and winner of the Prefinal. Mattia Sergio Limena (Kosmic-Rotax) was third.

The next race in Lonato is the 5th Summer Trophy, event scheduled for June 17th 2018.

Complete results are available at www.southgardakarting.it.