A record Canberra Subaru field was greeted with cloudy and windy conditions for Round Two of the Four Stroke Karting Association of New South Wales Endurance Championship held at Circuit Mark Webber in Canberra.

All teams were racing for the $200 prize cheque and the perpetual Pro-Axle Cup. 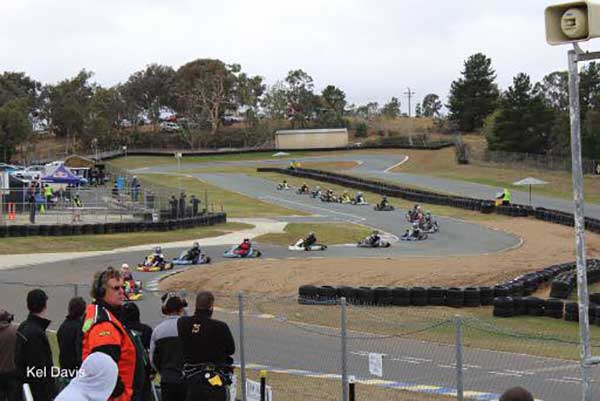 Qualifying was split into two. CHAMP Class pole was awarded to Andy Sandlin from St Croix Racing, achieving their fastest time on the last lap of qualifying. Pro-Axle Pro Class Pole was also decided on the last lap and won by David Zammit from Hoofhearted 12.

Soon after racing began the top four karts showed they had nailed their setups, Hoofhearted 12, Hoofhearted 99, Sonic Racing and Maldon Storm worked together to ease clear of the Subie Train. The following group consisted of Pro-Axle 8, Pro-Axle 68, The Marvans and leading CHAMP Class team St Croix.

An early caution period caused by Raging Bulls closed up the field, but at the restart the Top four again stamped their authority to ease away from the rest.

Another early casualty of the race were the Manning Maniacs, having travelled all the way to Canberra from, you guessed it, Manning Valley, a great effort in itself. The guys have speed, they just need a bit of luck.

Above: Video of the opening lap

As the race approached the end of the first hour, the weather Gods gave their first indication that they’d play a role in the result.

After a second caution period, chaos ensued at the restart, with a 16 kart incident that saw the field scatted across the track, the sand trap and the infield between turn one and two. A key casualty was round one victors, Pro-Axle 68 who ironically, bent an axle.

Continuing with their Canberra engine hoodoo, Hoofhearted 98 and Hoofhearted 99 were in with dramas, both eventually re-joining but well out of contention. The only good news for the team was Hoofhearted 12 was still going strong. 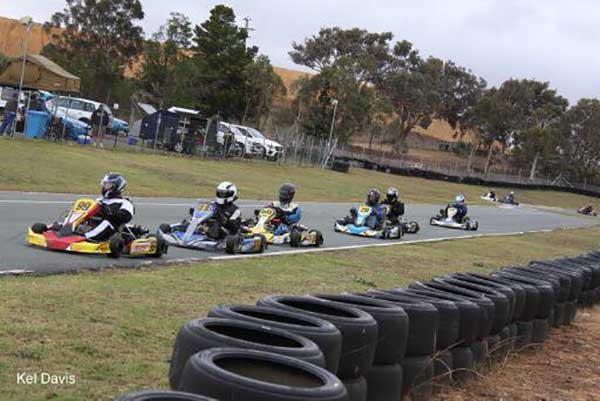 In CHAMP Class it was a battle between St Croix, Dieci Racing and CDK Racing. Dieci were running strong until a brake drama saw them shoot across the sand trap at high speed, requiring a visit to the paddock for repairs. CDK Racing ran strong all day, and their speed seemed to pick up as the day went on and all drivers felt more comfortable with the circuit.

As the rain became heavier, the officials made the announcement that the track was “open” meaning teams had the option of changing to wets, but would anyone take the chance?

To be fair, it was slippery on slicks, but it just wasn’t wet enough to make the change. The real wet weather drivers came to the fore, and its probably where the race was ultimately won.

By half way, a lot of the field were battling issues. Circuit Mark Webber is a fan favourite, but it’s a kart killer, and in PRO-Class it had become a two kart battle between Hoofhearted 12, and Sonic Racing, who have always had a great setup at Canberra.

Last years Champions, Maldon Storm, lost a lower King Pin bolt, and rushed to the pits to quickly rebuild the front end. Pro-Axle 8 broke a stub axle and had a lengthy pitstop to fix the issue, while the Marvans had had a shocker breaking a brake rod, losing three nose cones and a Mychron as well as some off-track excursions and never really had the ultimate pace.

After Pro-Axle 38 broke a chain Mick Upston team manager called it a day. Up until that point the team was running really well. 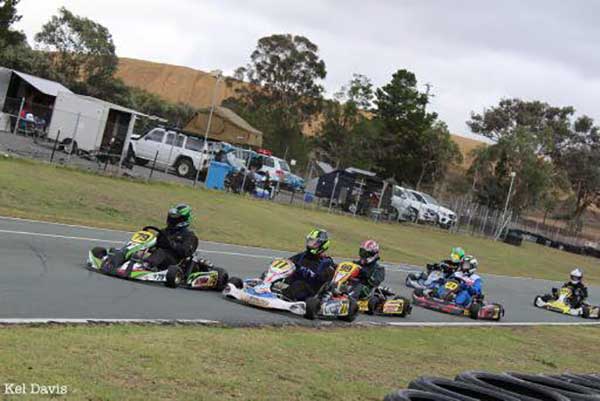 Down the field, other teams were hampered with niggling issues. Having Fun 2.0 lost a nose cone on their newly constructed Azzurro, No Chance were getting to grips with the circuit and remodelled a few sand traps, while Piston Broke who showed great pace in the wet didn’t break a Piston, they broke a Carby.

The Dudleys were trucking on as they always do, staying out of trouble, but lacking the outright pace, Five 4 Marvans were enjoying themselves joking around and pretending to know what they were doing, they had a side pod facing upwards but somehow the new stickers looked untouched.

The final few hours saw the battle continue between Hoofhearted 12 and Sonic Racing, but ultimately the speed in the slippery period of the race saw Hoofhearted take the Victory. Congratulations to David Zammit, Daniel Zammit and Cory Barlow. 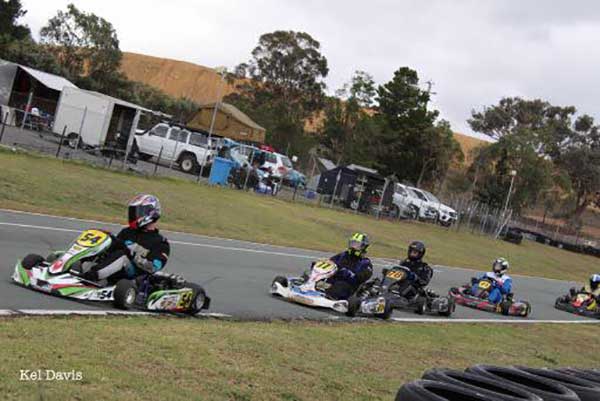 Of note the teams that survived to finish very well were Martin Motorsport having a great run to finish well, while Plan A had their first finish and Loose Nuts Racing achieved their goal of finishing two out of two events.

All in all 21 of the 22 karts crossed the finish line to be classified as finishers. Considering Canberra is a kart killer, and the weather gods made it a big challenge, its an outstanding result by all involved.

Lastly, the Four Stroke Karting Association of NSW Inc. would like to extend thanks to Canberra Kart Club for hosting our club. It’s a venue we enjoy coming to and we thank all at the club. Thanks also to our officials and marshals, our committee members and our naming rights sponsor for the event Pro-Axle Australia. 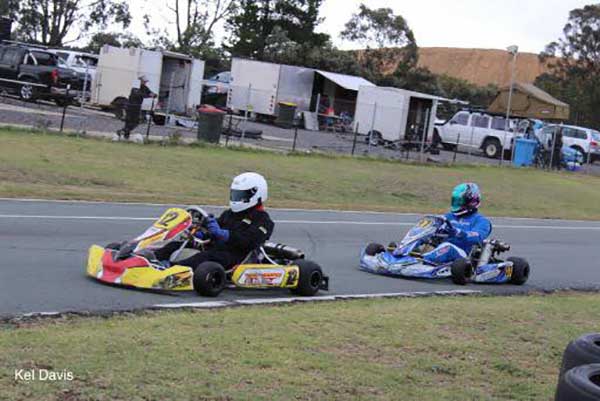 The success of our club is based on keeping things simple. One engine, low cost, a helpful fun racing environment and competitive racing. Feel free to visit our website www.4skansw.com.au for more information. Our club embodies the meaning of club karting.

We look forward to our next round the be held in May – The Blind and Shutter Works Picton 6 hours.