anything from anywhere – send us your news! 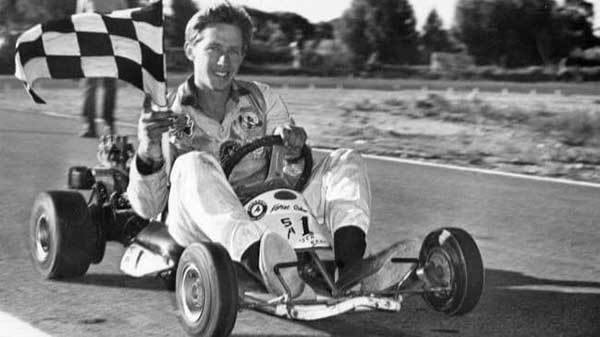 The answer is this guy, Vern Schuppan.  “Vern will be at the Bolivar Historic Kart GP to say hi, look over all the wonderful karts and to cut a few laps on a circuit he last drove on, well, a few years ago!” the Southern Kart Club advised. The event takes place on May 5 and 6.

SELFIE BLING – Grid Kid Lewis Francis and his dad Brian in a selfie by Lewis Hamilton at Albert Park over the GP weekend. Lewis (the little one) was also interviewed by Neil Mitchell on radio 3AW on Friday morning of the GP – listen to that HERE.

INDUSTRY – DR Racing Kart has a new importer for Australia, Christopher Board taking over the distribution of the Italian chassis. Board informed KartSportNews he will have 5 time world champion and DR Kart owner Danilo Rossi at the next round of the Australian Kart Championship (Wodonga, April 13-15). In addition to Rossi suppoting the Australian team, Dunlop Super2 driver Jordan Boys will return to karting at the round, heading the team’s KZ2 challenge. Reuben Goodall will make his debut in the KA2 junior class while Board himself will make his AKC debut in the TaG class. The team also hope to have on display a replica of Rossi’s 1997 World Championship winning kart. 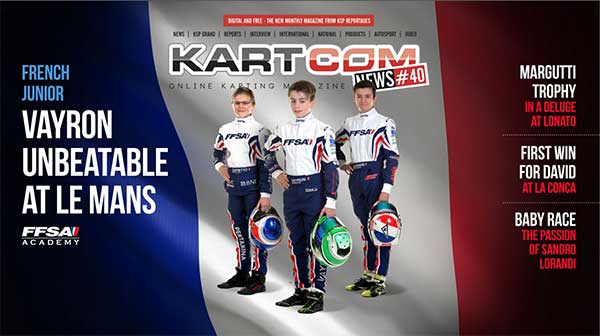 DAMP FROGS – Rain tyre regulations for the KZ2 classes in France have changed. For the start of this season, KZ2, KZ2 Master and KZ2 Gentleman were all using the LeCont LW rain tyre, but for the rest of this year and through 2019 the French Federation has decided to widen the choice, competitors now allowed to choose any CIK-FIA approved 2017-2019 wet tyre. As such, a deal has been put in place with LeCont who will reimburse (and pay the shipping) any KZ2 drivers who have new LW rain tyres they wish to return.

BUT WHAT WOULD HE KNOW? – ‘Nando says start with karting – “You have pure racing when you drive karts, especially when you drive karts with low grip… your skills develop much much quicker.” So… low grip tyres, practice overtakes, don’t have too much pressure from parents, stay calm, have fun. But what would he know? 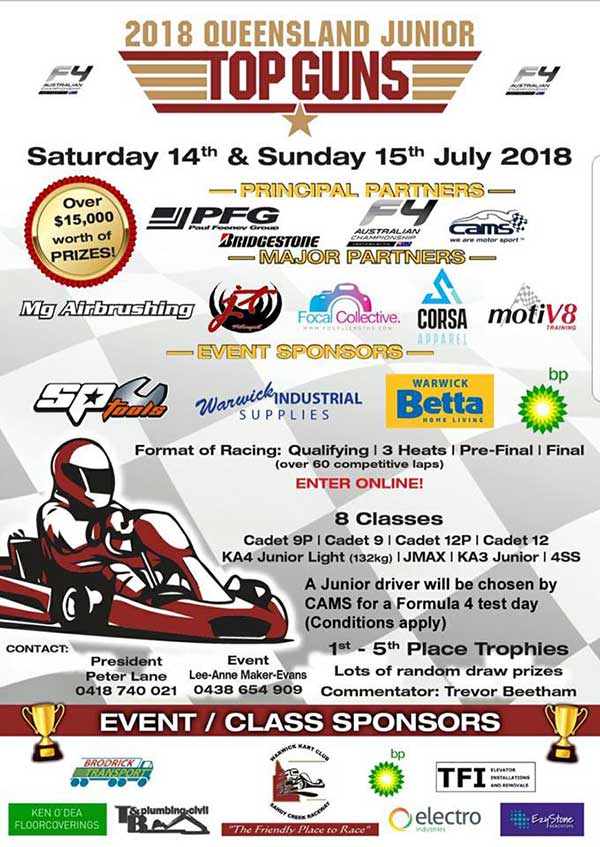 HELLO HALO – SKUSA’s April Fools’ post: “To get out in front of the rumors, we wanted to *officially* comment on the ongoing development of the mandatory halo for kartracing. It’s a project that’s been in development for many months and something SKUSA has been working on in partnership with other leading racing organizations. Early tests have yielded amazing feedback with many drivers claiming “you don’t even notice it.” The remaining challenge is developing a universal bracket and mounting system that will work with all chassis and front fairings. “Karting has always been the recipient in safety and technology from the highest forms of motorsport,” said SKUSA’s Tom Kutscher. “Having the same halo that has proven so popular, in our series, is a testament to the sport and SKUSA as a whole.” It is unclear whether the KAPR1 will be ready for any meaningful seat time in 2018. “It has to be right,” affirmed Kutscher. “If we’re going to spec another product, it has to be of the highest quality in every way.” 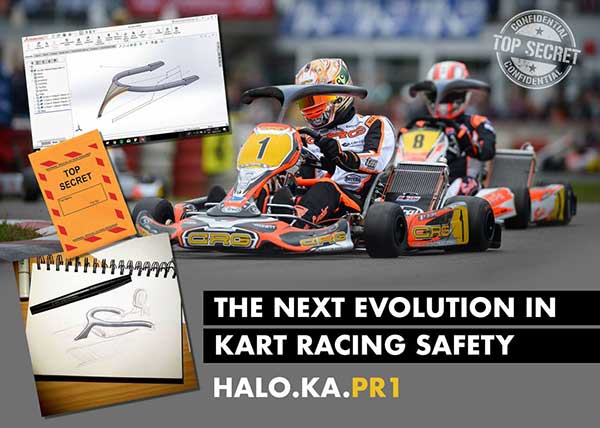 AiM SUPPORT – AiM SportSystems will be attending Round 2 of Australian Karting Championship at Albury NSW on Friday 13th April to Sunday 15th April to assist dealers and customers. “If you are after product support or technical assistance we are happy to help, just look out for us around the pit area or give Ron a call on 0418 424 560.”

SOLID ROCK – ROK Cup Promotions in the USA has announced the new Vortex ROK VLR as its entry-level platform. There will be classes for Junior VLR (ages 12-15), Senior VLR (ages 15+) and Masters VLR (ages 32+). “The new ROK VLR engine was designed solely with club racers in mind, whether it’s a new racer getting into karting, or for those looking to move up from a four-cycle powerplant” said ROK Cup Promotions Director of Operations, Garett Potter. “Also, for racers that want to update their current 100cc to a state-of-the-art engine package, this engine covers it all.” The VLR  retails for $1550 USD ($2016 AUD) and comes complete ready to race, minus the engine mount. ROK Cup Promotions plan to have the VLR at select national level events in 2019. 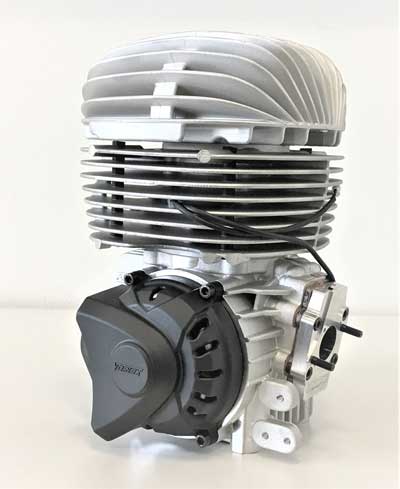 VALE: ROD HAINES – Formerly of Mudgee/Gold Coast, Rod passed away peacefully at Buderim on March 28, aged 82. Rod was one of a group of committed hard working volunteer karters who were instrumental in starting & developing the Gold Coast Kart Club into one of the premier clubs, if not the premier club in Australian karting during the late 60s through to the 80s. He was a long serving & well liked secretary of the club. Although not involved with the club for some years now, there are many who well remember Rod & his bright & cheery attitude that helped make a day at GCKC all the more enjoyable. He was much loved Husband to Erica and father to Kerryn, Michael, Sally and Jason. His funeral was held today (April 5) in Buderim. RIP Rod Haines (via Allan King).

ROTAX ONLY TEST – This weekend will see Rotax Only test days at Ipwich Kart Club. April 6, 7 and 8 will be dedicated to Rotax testing only – you must run a Rotax engine and Mojo tyres, but you do not need to be a Pro Tour competitor. The track will be closed from midnight 13th April until Unofficial practice for the Pro Tour round starts on Thursday May 3. (Reminder: Pro Tour entries – and thus the QLD State Championships – close Friday the 13th. Don’t miss out! Questions relating to practice or pit allocation please contact Scott Howard 0422 216 965.)

BUSY EMMO – Emmo Fittipaldi has joined Team BENIK and will compete with the outfit in the IAME Mini Swift division. Emmo is the son of the 1972 and 1974 Formula One World Champion (and 1989 & 1993 Indianapolis 500 winner) Emerson Fittipaldi. “Emmo has been training hard and gaining experience with each and every event,” explained the eldest of the Fittipaldis. “He is only 11-years so we need to start planning for the future in the coming years.” Emmo has already been testing with Benik and will race in the SKUSA Pro Tour, SKUSA SuperNationals, ROK Cup Promotions ROK the RIO, Sunshine State Karting Challenge and select World Karting Association (WKA) Manufacturers Cup events.

MORE 24 – Buoyed by the success of their recent 24-hour race in Italy, CRG has announced a 24-Hour race in Barcelona, Spain, in June. Once again the karts will be a fleet of new CRG Centurion chassis equipped with Honda 390cc engines. They will be allocated to teams by lottery and handled by CRG’s racing department. The 2,300 Euro (plus tax) entry fee allows teams from 4 to 10 drivers to compete at the historic El Vendrell  circuit. 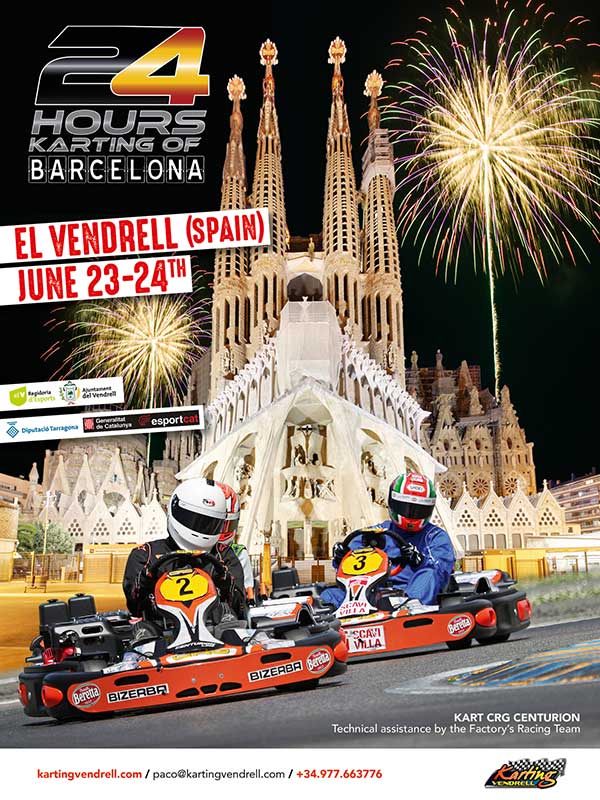 INDUSTRY – BRP-Rotax has awarded a joint Distributor of the Year for 2017. South African distributor Ed Murray Racing CC and French distributor Sodikart S.A., both long-term business partners of BRP-Rotax, earned an equal score on Rotax’s annual award program. Rotax uses six parameters to evaluate each distributor’s performance and there are 43 authorized distributors with a network of more than 600 service centres and dealers.

DRIVER/TEAM CHANGE – Taine Venables will drive an Azzurro chassis in the remaining rounds of the Victorian Country Series. “Ian Branson from Ringwood Kart Centre and Azzurro Karts has offered to sponsor me to race in the Victorian Country Series from Round 2 in Ballarat” Taine wrote. “I have tested the Azzurro Kart and found it very fast. I am looking forward to being under the Ringwood Kart Centre tent.” He will run the Azzurro in the KA3 Senior class.

EURO VIDEO – WSK Super Master Series, videos of the finals at Sarno on the weekend. Marcos flack in 60Mini, Josh Fife in KZ2.