To assist all “independent” Australian competitors (ie those not contesting the event as part of a kiwi based team) we will provide you with FREE marquee space in the “Aussie Tent”. So get together with your mates and come on over. You could be a National Champion in just one weekend!

KartSport Rotorua’s Century Batteries Raceway, adjacent to the Mamaku Forest and just 17 kilometres from the North Island’s tourist capital, is 1241 metres long, built to international CIK-FIA specifications and has a track limit of 38 karts. It is the newest licenced kart track in New Zealand, first opened in May 2011.

For details on class/engine specifications and Age Groups go to:

Please Note: Age Groups for some classes are different to Australia. You will race to NZ Age Group Rules regardless of your KA Licence category. 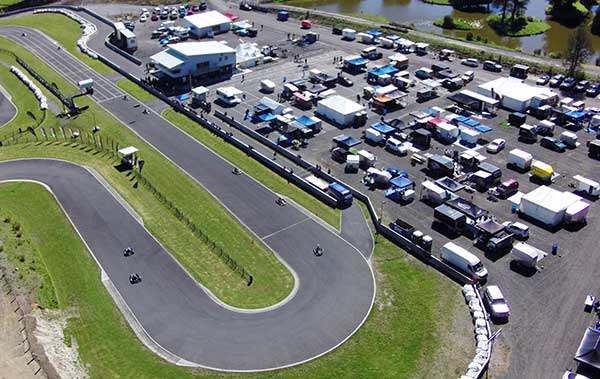 There are two and a half days of testing available immediately prior to competition with Qualifying on the afternoon of Good Friday. Two Heats and some Pre-Finals on Saturday, then the remaining Pre-Finals Easter Sunday morning followed by all 10 Finals (24 km each except Cadet ROK and Vortex Mini ROK which are 18km).

The formal prizegiving will be at the track at the conclusion of tech on Sunday evening and will include a variety of food choices and a live band until 11pm.

The event will be Livestreamed so your friends and family back home can watch you race, live.

If you are planning on coming over don’t delay in organising your accommodation. The NZ round of Crankworx is on in Rotorua over Easter and the city will be full of international, thrill seeking, pedal pushers.

Yes you can win! Former NZ Sprint Championship titles have been won by: 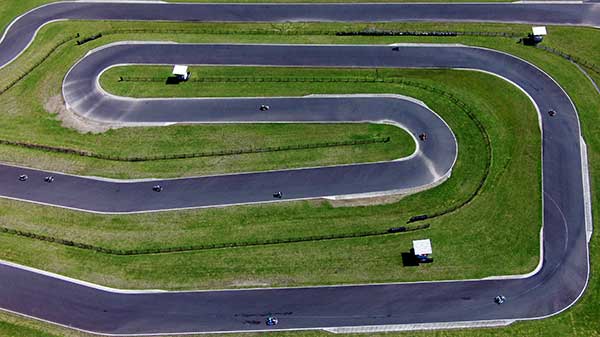 PLUS you may recognise these names:

All you need is a valid Karting Australia Sprint A or B rated Licence, a valid Trans Tasman Visa (from KA) and an International Medical Card (from KA).

Nearest international airport is Auckland which is about 2½ hours drive from Rotorua. Or you can fly domestically from Auckland – Rotorua (45 minutes).

So what’s stopping you? Come on over!