The battle for victory in the 2017 Australian Kart Championship presented by Jayco and Castrol EDGE will go down to the wire in Melbourne this weekend.

Entering this weekend’s final round on the five-event schedule, eight of the nine titles remain up for grabs. Of these classes, six of them have 10 points or less separating first and second in the points standings.

The battle in KA1 is the closest of them all with only one point separating Kyle Henry-Smith and reigning Champion Scott Sorensen at the top of the standings. The battle to see who will etch their name on the James Courtney Perpetual trophy, named in honour of the dual World Karting Champion, is almost certain to go down to the final race of the year.

After breaking through for his maiden round win during the previous round in Emerald, Canberra’s Joshua Fife is on top of the standings in the KZ2 gearbox class. Fife is 28 points clear of early season pacesetter Troy Loeskow entering this weekend’s event.

Included in one of the strongest KZ2 fields of the year are Brad Jones Racing Supercars drivers Nick Percat and Macauley Jones along with Garry Rogers Motorsport endurance driver James Golding.


In the elite junior class – KA2, Queenslander Broc Feeney has been extremely consistent throughout the year to head the standings coming into the final round. Fellow Gold Coaster Lochie Hughes is his closest challenger four points adrift of Feeney.

It’s almost just as close in KA3 Senior, KA4 Junior and X30 with only a handful of points between the top two in each of these classes so the action will come thick and fast across the weekend.

The odd class out is Cadet 12 where the domination by Melbourne youngster James Wharton has led to him entering the final round with an insurmountable lead in the Cadet 12 class.

A total of 237 competitors have entered across nine classes for the event, the youngest of which is seven years of age in the Cadet 9 class. Drivers in the elite KZ2 gearbox class will reach speeds in excess of 130 km/h around the 960-metre Port Melbourne circuit.

Admission for spectators is free on all three days with the on-track action beginning at 8am each day. 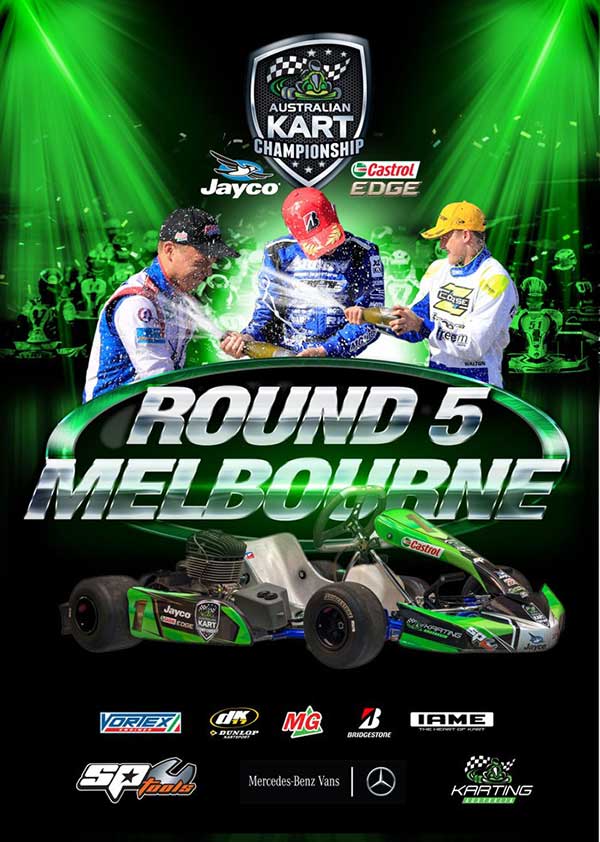