Karting is one of the few “mixed” sports where women and men compete against each other. However, few women go on track despite having frequently been shown to be capable of the finest exploits. Luigina Guerrini, Cathy Muller, Sophie-Marie Kumpen, Charlotte Hellberg, Cyndie Allemann, Simona De Silvestro, Michelle Gatting, Adeline Prudent and Marta Garcia are brilliant examples of women’s success.

At the FIA Karting World Championships in Sweden, however, some women were competing for a good position, like the young Swedish driver Maja Hallen Fellenius (16), racing in OK. 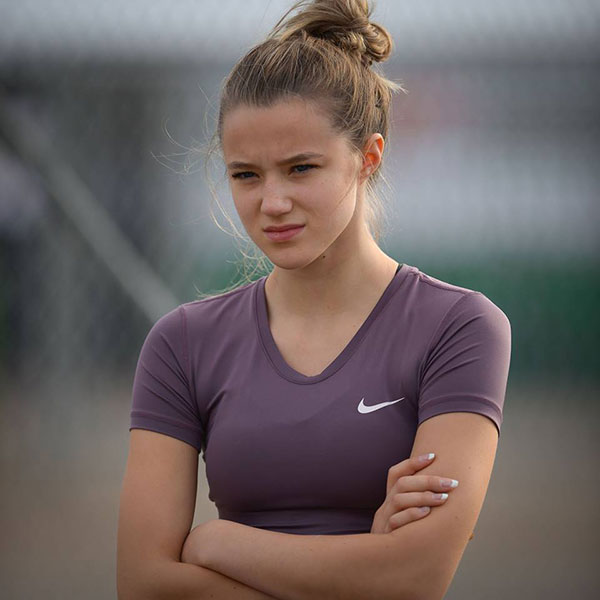 MAJA, HOW DID YOU GET STARTED IN KARTING?

I came across this discipline in quite a strange way. At 7, I had a serious illness, and I had to be very careful for three years. When I came out of hospital, I could not do any sport. My father had the idea of taking me to a kart circuit for a few laps. I really liked it and we found out about starting to race. However, my dad never ran me, he was only a little interested in motorsports.

THEN, HOW DID YOUR CAREER PROGRESS BEFORE COMPETING IN THIS FIA KARTING WORLD CHAMPIONSHIP – OK?

Like many other drivers, I started in Mini 60cc, before racing in the Junior category of a brand challenge. Over the races, my results improved and I scored several podiums and wins. I have a wonderful memory of my first victory. I had to start at the back of the pack in the Prefinal, where I came back to 6th, before winning the Final!

WHY DID YOU CHOOSE THE OK CATEGORY?

The prospect of the FIA Karting World Championship at Kristianstad was very enticing. Sweden does not organise very many big sporting events, and it was very motivating to enter. In addition, Kristianstad is a beautiful track, I like it a lot, even though it is quite difficult. In 2018, Sweden has scheduled several races in OK, including a National Championship where the standard was very high. To perfect my preparation, I also participated in some races in Italy. Of course, this involves long trips because I live in Stockholm and there are not many tracks near me.

DO YOU THINK KARTING IS HARDER FOR A GIRL THAN FOR A BOY?

No, I would not say that. Once you put the helmet on your head and sit behind a steering wheel, there is no difference. Maybe the boys are physically stronger, but we just need to prepare to tackle the races in peak condition. For my part, I go to the gym a bit. This is important because OK is more difficult than what I experienced before and the last laps of a long session can be tiring.

WHAT ARE YOUR BEST QUALITIES?

I think I’m very fast over a lap and I’m someone who never gives up, even if it does not work out the way I want. Mentally, I have no problem. After, 2018 was only my fourth year in karting, I know that I still have a lot to learn and I still lack experience. In the World Championship FIA Karting, for example, I was held up on my fastest lap and I did not set a good time in timed practice. This then made my heats difficult. I have to work on strategy and move forward in fights in the pack.

HOW DO YOU SEE YOUR FUTURE?

I still want to be able to compete in some races this season in OK, in Italy for example. I have a good rapport with my team, Ward Racing, who took care of my Kosmic / Vortex at Kristianstad. But for 2019, we have not decided anything yet …