259 drivers are on track as the WSK Final Cup that’s kicked off at Lonato this weekend, and four of them are from Australia.

James Wharton has qualified strongly, taking 5th in Junior OK, then backed that up with a win in the opening heat. Marcos Flack is making his debut in OK-J, qualifying mid-field.

Results wrap for the Aussies so far:

Good start for Brando Badoer in 60 Mini.
Brando Badoer (Parolin-TM-Vega) opened his weekend with a great performance being the fastest in 60 Mini in 53”522s. He led the Russian Dmitry Matveev (CRG-TM) and the Swede Oscar Pedersen (Luxor-LKE). The paddock of Lonato is full of big names: Brando’s dad, former F.1 driver Luca Badoer, is happy about the performance of his pupil, who displayed a crescendo of results this year. Badoer kept his momentum winning the first heat this evening, while the other two went to Jamaica’s Alex Powell (Energy-TM) and to the Brit Coskun Irfan (Parolin-TM). Above, one of the 60 Mini races of today. 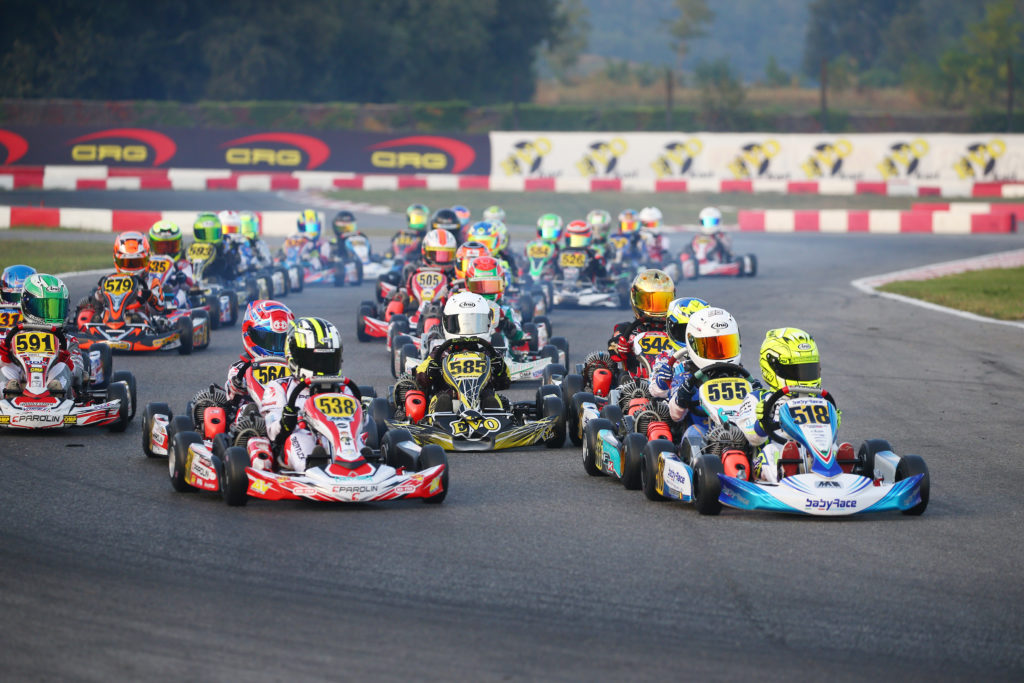 Nikita Bedrin setting the pace in OK Junior.
The Russian Nikita Bedrin (Tony Kart-Vortex-Vega) has been very quick in OKJ posting a best lap of 47”567s. The starting grid is going to be quite interesting: the Italian Andrea Antonelli (KR-Parilla) is second despite being at the debut in the category with Rosberg Racing, the team set up by F.1. World Champion Nico Rosberg. Enzo Trulli (CRG-TM) is third. He is another son following father’s footsteps: his dad Jarno is also a former F.1. driver. Also to the fore in the heats, the Brits James Wharton (FA-Vortex) and Taylor Barnard (KR-Parilla) are two drivers to surely keep an eye on tomorrow.

Lorenzo Travisanutto, happy streak in OK.
The Italian Lorenzo Travisanutto (KR-Parilla-Bridgestone) confirmed to be on top of OK and posted today the quickest time in 46”578s, leading the Swede Dino Beganovic (Tony Kart-Vortex) and the Brit Dexter Patterson (KR-Parilla). The Italian, fresh World Champion of the category, confirmed to be on top winning also one of the heats. Patterson also put his name forward to the victory, claiming the win in the second heat. 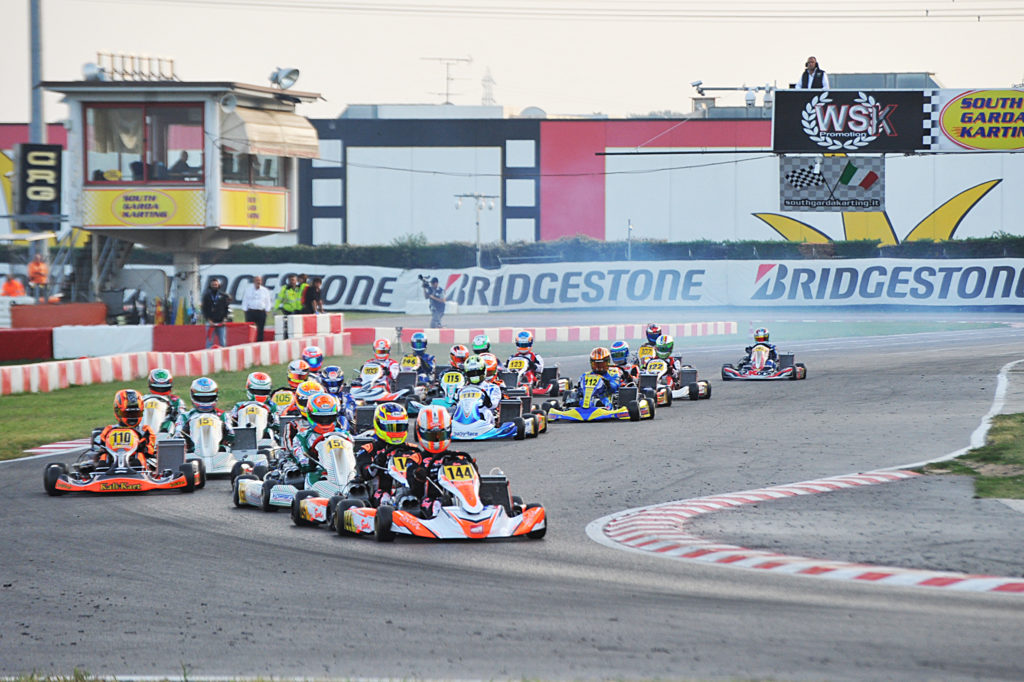 Anthony Abbasse ready for the fight it KZ2.
In KZ2, the French Anthony Abbasse (SodiKart-TM-Bridgestone) put in a winning performance posting the quickest time in qualifying in 46”572s. He led fellow countryman Emilien Denner (KalìKart-TM) and team mate from Holland Bas Lammers. The latter later on started an in-house battle winning the first heat in the evening as Abbasse was second. On top, the start of the first KZ2 heat.