WHERE’S MY RACE? – Wondering why the race meet you attended doesn’t get a write up on KartSportNews, but there are reports from other events? We can only publish what’s been sent to us, and we’re always on the lookout for contributors from all states and all forms of kart racing. Is there somebody at your club who could organise for a race report and some photos to be emailed to us for publication? Further information on how to contribute is HERE. We’re happy to post race reports from any Aussie kart race meeting, giving the sport, your club and its drivers & members extra publicity and coverage.

GFC – International  racer and USA karting identity Gary Carlton has launched his own race team and brand of kart into the American market. His GFC team will run GFC chassis, the SS31 (30mm) in single-speed classes, and the GT14 (32mm) in gearbox classes. A Cadet chassis is scheduled to appear in 2019. An interview with Carlton and more photos of the kart are on the kart360 website HERE. 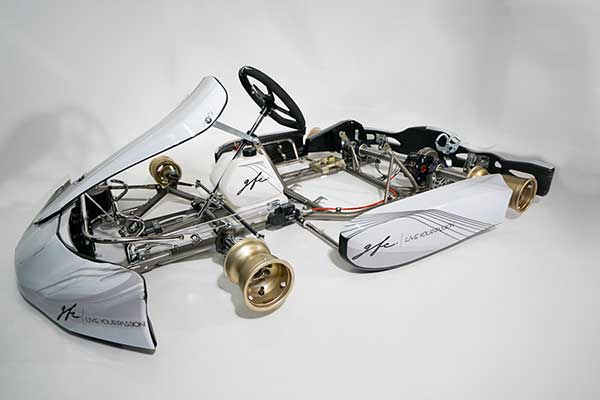 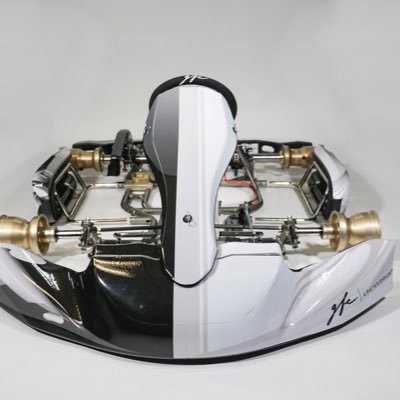 ‘LECTRIC ‘LYMPICS – It would appear not many care about whether ekarting appears at the Olympic Games or not. Our survey last month saw only 220 votes cast, but of those, 68% were in favour of the idea, while 32% were not. Despite what the FIA wish to do, it should be noted the Olympics currently do not allow sports that involve motorisation. See the original article HERE. 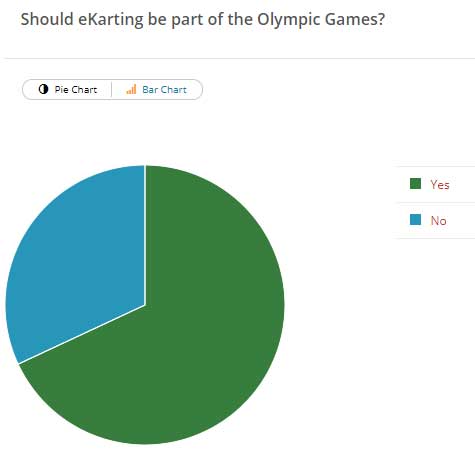 OZ LEGENDS IN EUROPE – A couple of Aussie karting legends traveled to Belgium to meet up with long-time friend Darrell Smith at the KZ World Championship last weekend.

WINNERS R GRINNERS – Shannon Bright won the lucky draw for a new Arrow chassis from all the names that attended the Open Day at the Melbourne DPE Kart Superstore recently. Bright, with three sons in tow, headed to the DPE Kart Technology factory in Melbourne to pick up the prize. “We were the lucky winners & would like to thank DPE Kart Technology & all the staff for this great prize” he wrote on Facebook. Not sure how he’ll decide which kid gets to drive the new machine…

FIRM UPDATE – There has been a new firmware release for MyChron5. AiM SportSystems Australia recommend users update their MyChron5 with the new firmware through RaceStudio3. Information on how to update is HERE. 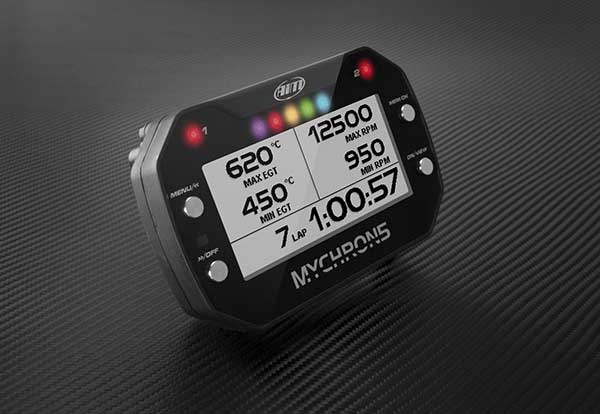 A LAP FOR DAD – Kev Davies made special mention of TaG Restricted Light class racer Michael Tulloch-Facer in his recent Ipswich race report. Michael’s father, James, passed away a week before the meeting. “The club held a minutes silence for his family at drivers brief, then also gave Michael the checkered flag to do a solo lap after his final after which he received a guard of honour salute back into the pits” Davies wrote. “My thoughts and the thoughts of all members were with Michael who chose to race during these sad times as he said because it’s what his dad would have wanted. Well done to Michael.” The lap of honour can be seen at the end of his TaG Restricted Light final video in the Ipswich race report post HERE. Interview with Michael is below:

LAST CHANCE – The last chance to win tickets on US grounds to the 2018 Rotax Grand Finals will take place at the All Star Finals in Houston, Texas, from October 5 to 7. All up, 5 tickets will be won at the event in Junior MAX, Senior MAX, MAX Masters, DD2 and DD2 Masters. International competitors are welcome and for fairness, engines will be allocated by lottery. Contact the US Rotax distributor for more info: rtxkarting.com 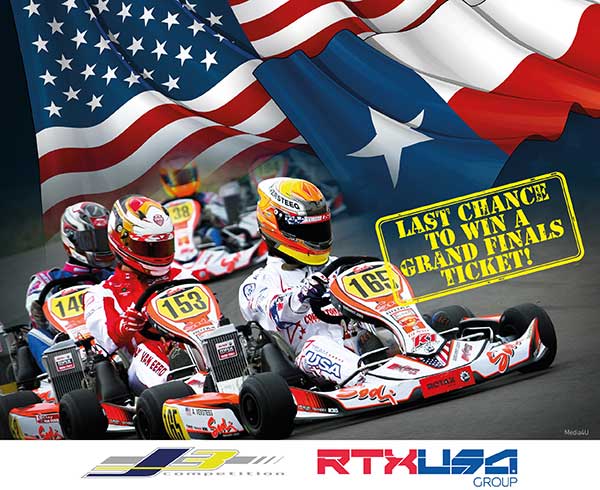 NEW PRODUCT – Check out the all new Stone Transformer trolley. Work on your kart in the pits from any angle. Available in store at the IKD Race Department, or online HERE. 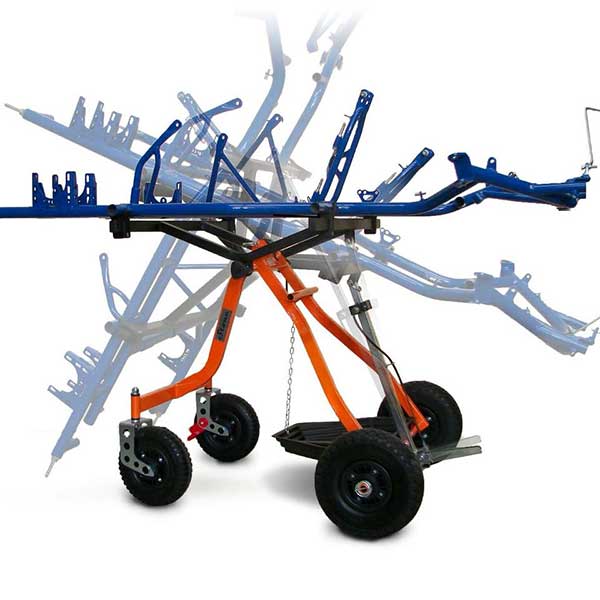 BOOGIE NIGHTS – On non-race weekends, does The Noise swap out the mic for a mouth organ and go busking at the Mall?

STAR MERCH – A range or merchandise has been launched for the 2018 Race of Stars. There are various designs of shirt, jackets and caps, plus some leftover 2017 items. Garments can be pre-order and delivered to the track, or posted to you after the event. View the full range and pricing on the KA website HERE. 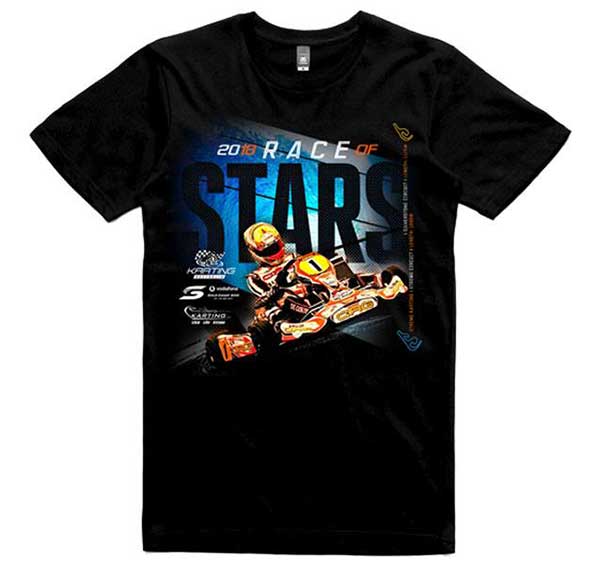 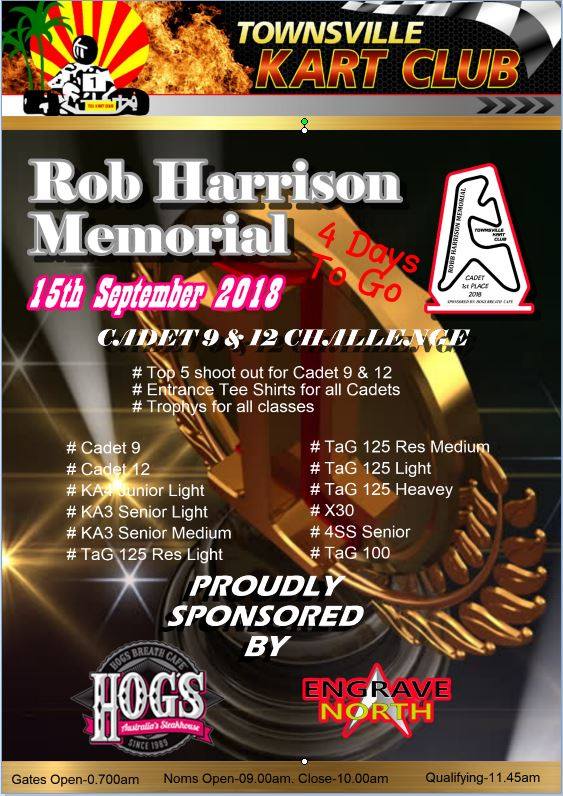