In the south-western Lombardy, northern Italy, not far south of Milan, the track of Castelletto 7 laghi was the location of the 2018 series finale. High temperatures and bright sunshine welcomed the 135 drivers who took the challenge in the four categories. With many surprise results, and a brief rain disrupting the finals action on Sunday, the 2018 IAME Euro Series came to a close on a high note!

As has been the case in every round so far, there was intense action from the first official track session. None of the points leaders were able to challenge for pole positions or lead the race, meaning that there was a lot of suspense for all titles until the very end. 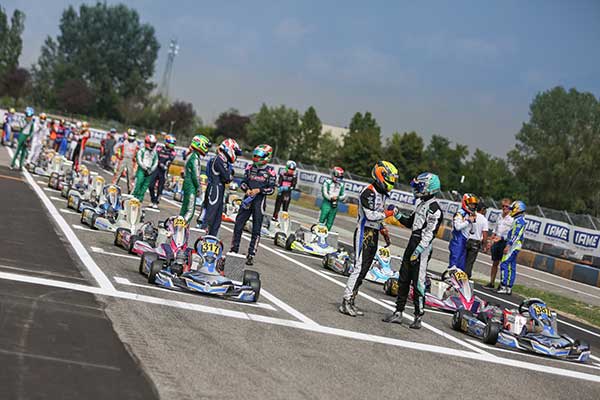 There were several new names mentioned, with most notable Kart Republic’s star Lorenzo Travisanutto making an appearance, as well as Alexandr Bardas claiming a surprise pole position in X30 Senior, while also Luca Bosco on a one-off challenge for pole in X30 Junior. Another newcomer, Lucas Alanen also made a notable debut setting the pole position in X30 Mini.

As has been the norm this year, all action from the entire race weekend was streamed live, in full high definition at super-smooth 60 frames per second motion, through RGMMC’s youtube channel, where all highlight videos and specials can be found as well after the race. 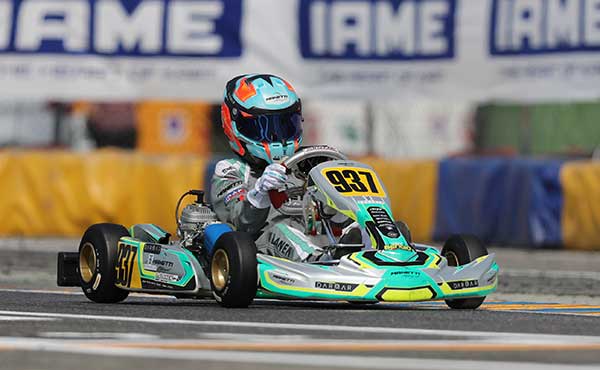 It was back to business for X30 Mini, with most point-challengers back in action but with the addition of several newcomers!

Pole position went to Lucas Alanen who came prepared to challenge for the win in his first appearance. By the end of the heats however, it was another newcomer, Lukas Malek, who would occupy the top spot. Once again in the pre-final, a third new face, Daniele D’Urso would be the one to get the best starting position for the final. The final would be no different, with a lot of action taking place, it was one more time a new driver who would take the chequered flag, this time Igor Cepil.

It was an amazing action-filled weekend for the minis, with the title going to Melendez, with Nathan Ottink second and Kimmy Abraham – in absence – claiming the third spot.

The X30 Shifter was a nail biting weekend both on and off track: while a lot of great action took place on track, there was a tire defect discovered which, in the sake of good and fair competition, and after communication between the organization and drivers, there was an agreement to cancel Saturday’s qualifying heats and restart the race on Sunday with a new series of tires for everybody.

The qualifying practice pole position went to Nicolas Rohrbasser, who, with his team mates Philipp Seewer in second made a Spirit-Racing front-row. Title contenders Thierry Delré and Sten-Dorian Piirimagi could only manage 7thand 6thpositions respectively! Rohrbasser easily won the prefinal, ahead of Carlos Leon, while Piirimagi managed to come back to third place and Delré behind him in 4th.

The battle for the title was expected to be hard in the final, where once again none of the point-leaders could reach Nicolas Rohrbasser, but in a surprise overtake attempt the two of them – Delré and Piirimagi – collided with neither managing to make it to the end of the race. As a result, Piirimagi was penalized with a disqualification from the race. To his disappointment, he couldn’t not count the DQ as a drop score, which left Delré with enough points to win the crown. The race podium was completed by Lüdi and Leon, while the series title podium second went to Leon and third to Rohrbasser. 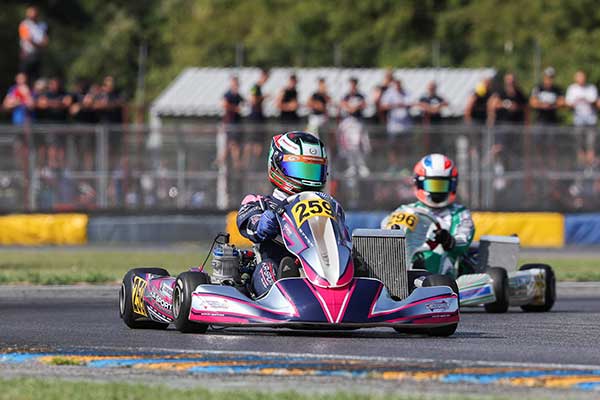 Friday’s qualifying started with some surprised lap times from the guest-appearance of Luca Bosco, who was clearly the fastest in his group and overall second only 0.006” behind Josh Rowledge.

However as the heats on Saturday got underway, it was Alex Lloyd from third who dominated, winning every single one of his heat races. Rowledge would be a close second behind him at the end of Saturday with Van T’Hoff in third. Lewis Gilbert, challenging for the title, wouldn’t be able to get anywhere higher than 6th.

In the prefinal it was again between Lloyd and Rowledge, with Rowledge getting the upper hand this time. Once again Van T’Hoff finished in third and Gilbert got a further 2 places closer in fourth.

The final would see Lloyd winning once more, from Van T’Hoff, with Joshua Rattican making it to third and denying Rowledge a place on the podium. Gilbert seemingly played the title game finishing safely in fifth with enough points to claim the X30 Juniors crown.

The series title was won by Gilbert and the title podium was completed by Lloyd second and Van T’Hoff third. 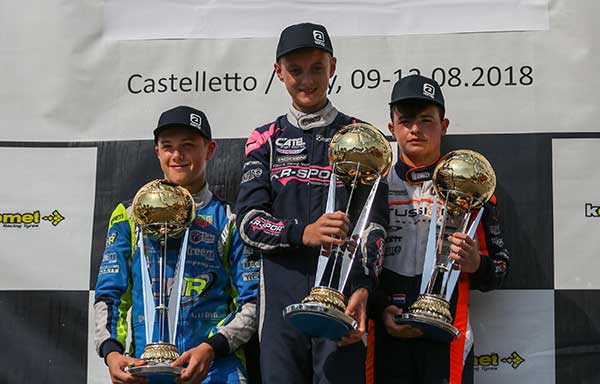 X30 Senior: Travisanutto and Keirle make an impression, but weather conditions deny them a podium finish.

All eyes in the senior category were on the Kart Republic start driver Lorenzo Travisanutto as well as his world champion team-mate Danny Keirle. Come Qualifying Practice however neither of them was able to get to the top, as it was the new face of Alexandr Bardas setting the fastest laptime, ahead of Clayton Ravenscroft, with Travisanutto only making it to third.

On Saturday’s heats, Travisanutto and Keirle kept challenging for the front positions, but at the end of the day, Ravenscroft was the one to top the classification, after having won all his heats, ahead of Mark Kimber. This would change in the pre-final though as Keirle showed his strength and won, ahead of Travisanutto making it a 1-2 for the HTP team and Kart Republic.

The final was not to be for them, as in another turn of events the rain arrived, making it dangerous to drive on certain parts of the track, and mixing up the order just before an early race stoppage that found Joey Van Splunteren as the winner ahead of Joe Turney and Jordan Brown-Nutley.

It was a bitter-sweet win for Van Splunteren as Mark Kimber had enough points in the bag to claim the X30 Seniors title, leaving him just second behind and Ravenscroft finishing third in the series. 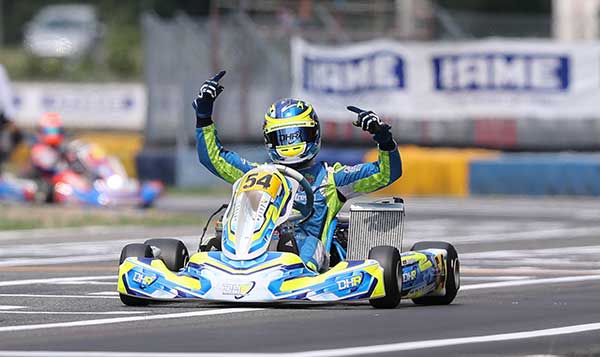 The series finale closed the curtain for this season on a high for video coverage, with RGMMC once again broadcasted in top quality live video and commentary coverage during all official sessions, which was available to stream worldwide, provided by its professional video crew.