After a stint in Speedway during the mid eighties, Victor has been involved in the sport of karting since 2003 when his son started racing before he started officiating two years later. 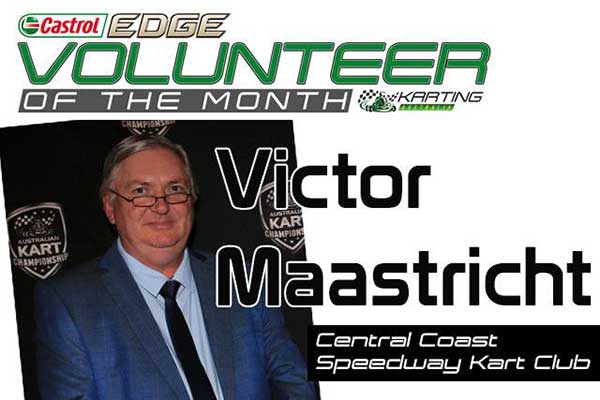 While dabbling in some racing throughout the years, Victor’s main focus for the past decade has been Officiating and as an integral part of the Central Coast Speedway Kart Club Committee.

Victor became the Club President in 2007 and has been heavily involved ever since. He is currently the Club Treasurer and was presented with Life Membership in 2012.

In addition to his commitments to the Central Coast Speedway Kart Club, Victor is also charged with co-ordinating all of the chassis and engine scanning for the Australian Kart Championship.

It is volunteers like Victor that keep the sport going – congratulations on being nominated as our Castrol EDGE Volunteer of the Month Victor – you’ve received a Castrol EDGE Merchandise pack and 20 to be used as giveaways at your Club.