WORKSHOP TOUR – See inside the Tony Kart Australia workshop in Melbourne with this 36-degree virtual tour – visit HERE to have a look!

DR BOYS – Jordan Boys will race with the DR Karts Australia team and return to Pro Tour competition when he suits up in DD2 at the upcoming Albury-Wodonga round. He previously raced with the team at the same location when he ran the Albury AKC round in KZ2.

BEND IT – Nobody has experience at the new The Bend circuit, so could the order be shaken up at the final Pro Tour round of 2018? The race meeting runs from 14 to 16 September, however there will be no opportunities for teams to test at the venue in the weeks prior. There will, however, be one “Official Rotax Pro Tour Testing day” on Thursday September 13th. Could a non-series regular draw first blood? Or an independent driver beat the big teams? 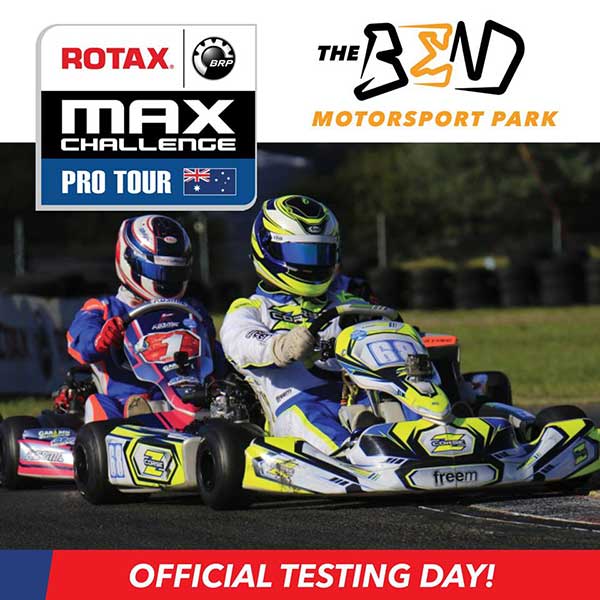 WSK APPEASES TEAMS – At the request of the international teams, WSK Promotions has changed the dates of the WSK Final Cup later this year. It has been decided to leave the November 18 weekend free to allow drivers and teams to attend the SKUSA Supernationals in Las Vegas. As such, the three rounds will kick off at Lonato on October 21 followed by Castelletto (Nov 11) then the final at Adria (Nov 25).

CLUBMAN FOR RKA – Retro Karting Australia (RKA) will be introducing a Pre-2000 Clubman class for 2019. It will run alongside the main F100 classes over the four round championship. With thousands of Yamaha KT100S engines sitting in sheds, RKA say they’re expecting extremely high interest in the class & will kick it it off with a ‘mid’ weight of 155kg and “expand weight classes as numbers grow”. The group is currently assessing tyre options but “are leaning towards MG Red”. 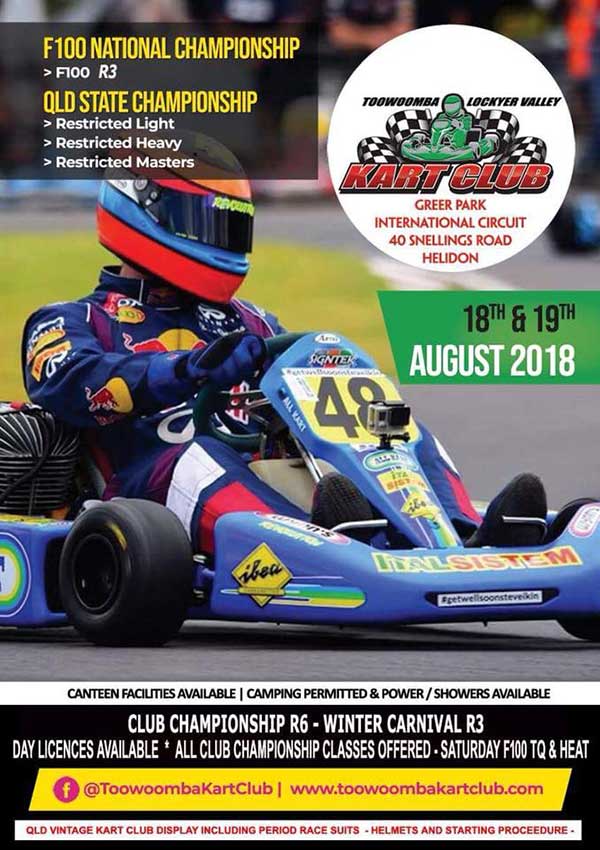 DRIVER PR – Russ Occhipinti  won round 5 of the Vic Superkarts at Broadford last weekend. Russ make a cameo appearance in the non-gearbox class in the Sanuja Perera kart, blitzing the field in wet conditions. The team now focuses its attention on the Festival of Superkarts in August. The team thanks Penrite, Ace karts, Woodgate Racing and the Victorian Superkart Club for the ongoing support during 2018. 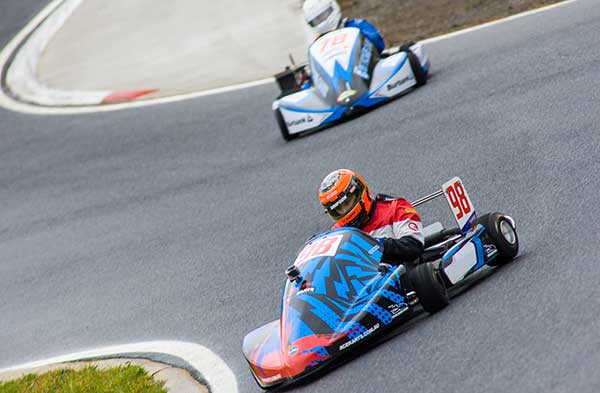 RENAMED – With DPE having purchased KerbRider, what was known as the KerbRider Victorian Country Series will now be known as the DPE Victorian Country Series. Warrnambool Kart Club will be the first to see the changes this weekend. All existing Kerbrider commitments will be honoured and there will be some extra goodies to give away as part of the promotion. Pre-entries for round 4 closed Wednesday night.

REMO NEWS – Remo Luciani made the local papers once again as he captured another State Championship last weekend, winning the KA3 Medium round and series at Todd Rd. Read the article on the mailtimes.com.au website HERE. 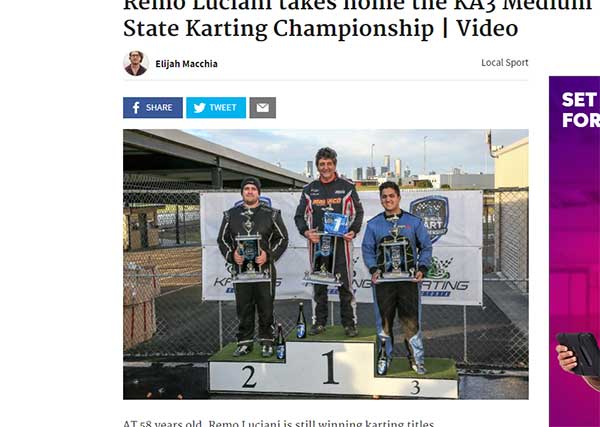 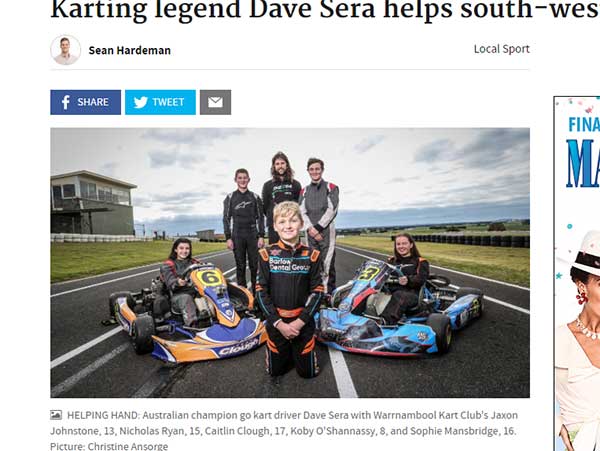 BIG WEEK IN WAGIN – Entries are now open AIDKA’s Australian Championship and WA State Title. It’s sure to be a huge week in Wagin next month as both events are being hosted by the Great Southern Kart Club just one week apart. Nominations for the WA State Title close Monday August 13. Nationals noms close Monday August 20. Click on the links below for further information: 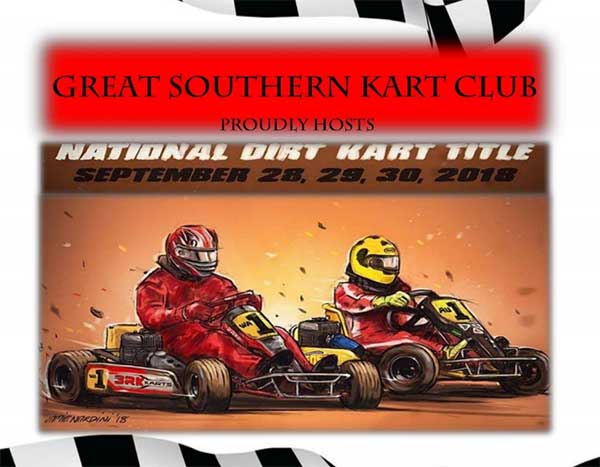 KARTS CLOSE FOR MOTOCROSS – The Wimmera Kart Racing Club’s circuit will be closed for 13 days next month as the adjacent Horsham Motorcycle Club will be hosting the 2018 World Junior Motocross Championships. “We all need to be respectful to these dates (August 14-27) as they will have full use of WKRC paddock area and track so there will be no access to members to the grounds or circuit during these dates” the club advised. 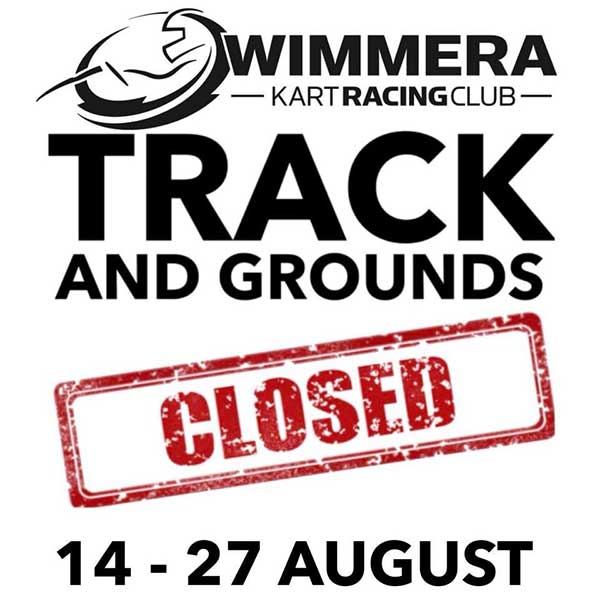 WKA RESET – As part of its re-structuring, the WKA has revealed the 2019 Manufacturers Cup will be over 6 rounds and that competitors will drop two events from their score. “In the past, the series forced racers to compete on a more strict structure” said WKA President Kevin Williams. “The new approach allows more flexibility for WKA Members to select the dates and venues that work best for them.” Class structure will include IAME Micro Swift and Mini Swift as well as 206 Cadets. Juniors and Seniors will have the choice to compete in KA100 and IAME. All classes will use push-back bumpers with video review available for the new regulation. The series kicks off at Daytona International Speedway (December 27-30, 2018), then travels to North Carolina, Wisconsin, Pennsylvania and Illinois before the Grand Nationals at New Castle Motorsports Park (Indiana) in October.

SHIFTERS – Victorian karters are invited to compete in the next round of the NSW KZ2 Super Series. It will be the 4th round of the 2018 Santoro’s Tee Shirts sponsored series and organisers are hopeful it could be the biggest round of the year, exceeding the 22 entrants that turned up at Eastern Creek earlier this year. Vic competitors looking to race should email gorace_events@outlook.com with their race number and name. 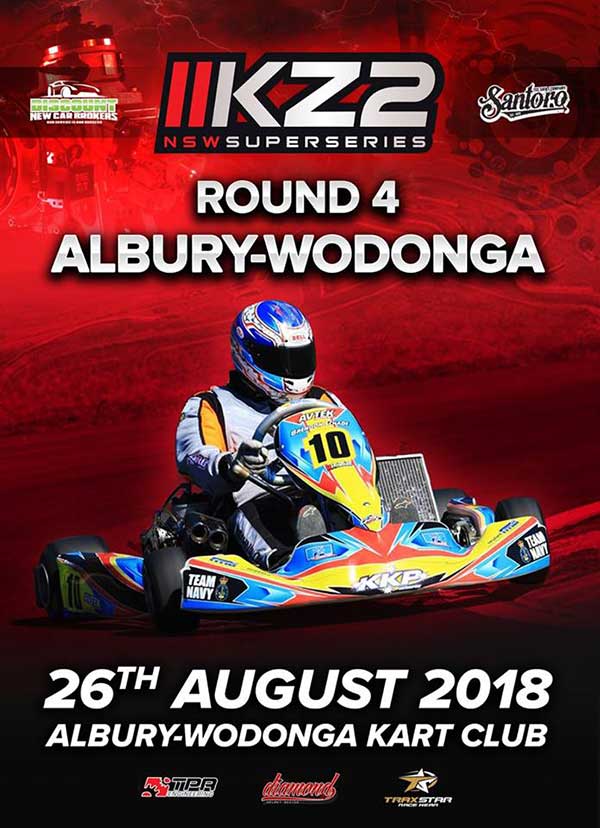 AKC AWARD TICKETS – The 2018 SP Tools Australian Kart Championship Gala Dinner will be held at Marvel Stadium in Melbourne’s Docklands immediately after the final round of the championship at Todd Rd on Sunday September 2. The formal evening will see the Australian Kart Champions crowned plus the prestigious Driver’s Driver of the Year Award. Tickets can now be purchased and include a two-course meal: adults are $85 per head, children’s (under 12) $35. Tickets must be pre-purchased prior to Friday August 17. Order them HERE. 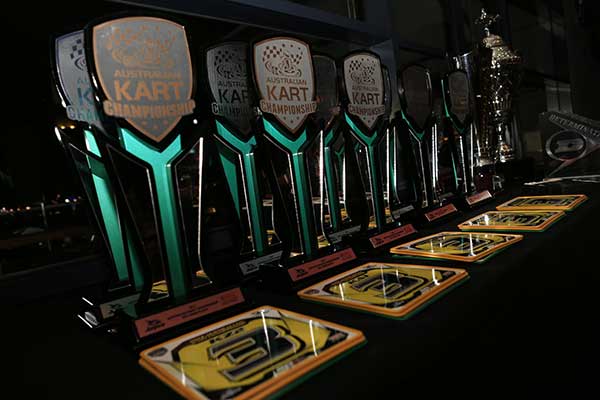 TWO-IN-ONE – Manning Valley Super Sprint, 2 x 3hr races on the same day – one in daylight, one in the evening. The grid capacity is 28 so the top 28 in the championship have until 5pm Friday July 27 to lock in an entry. After that, if there are vacancies, they will be filled from a waiting list for those outside the top 28. 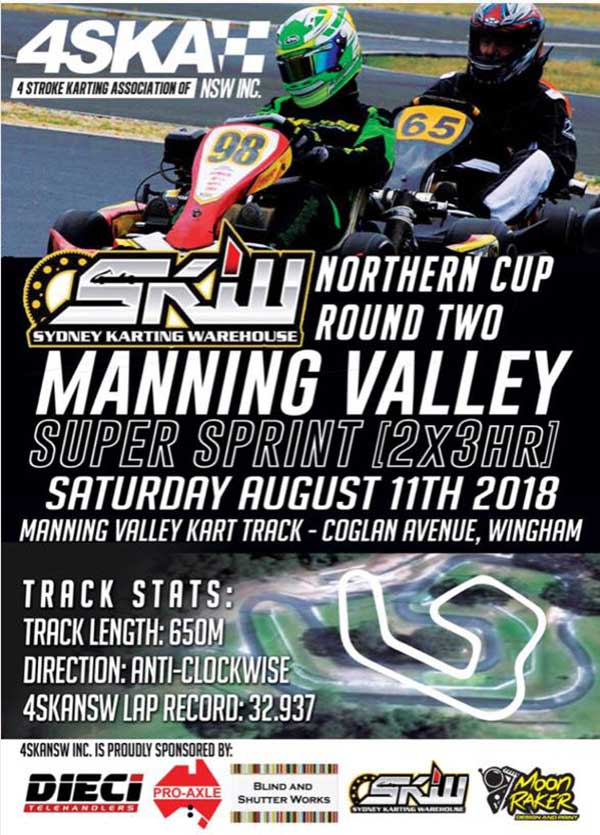 ROAD CLOSED – Access to the Southern Go Kart Club’s Bolivar circuit is about to change. As of Monday July 23, Summer Road will be closed permanently at the Princes Highway/Port Wakefield Rd end. Access to the track will be via St Kilda and Robinson Roads, as per the illustration. Signs on Port Wakefield Rd will be updated to advise motorists that access is via St Kilda Rd. 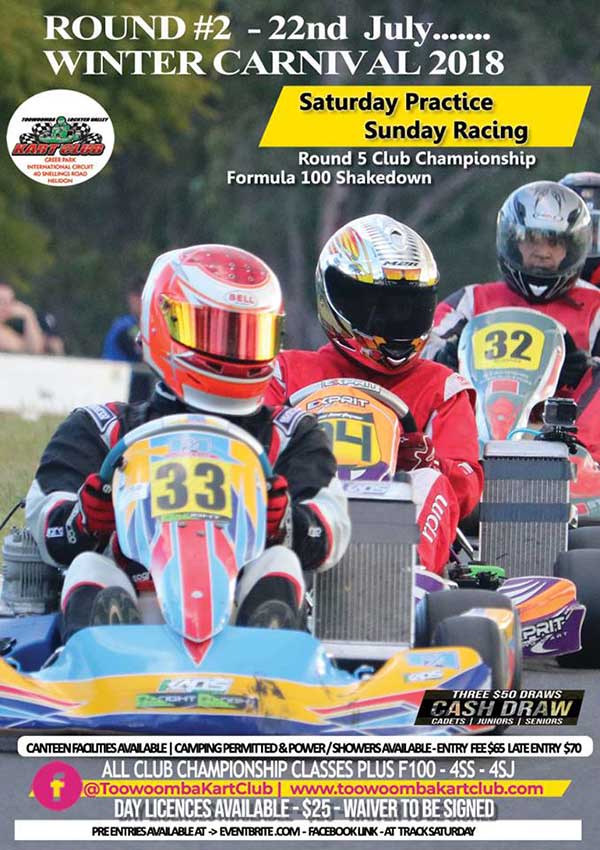 EVENT – A great event with lots of racing for holders of Karting Australia C and D Grade licences (A and B are ineligible to enter), the annual C & D Grade Titles at Morwell. P-Plaers are encouraged to enter too! 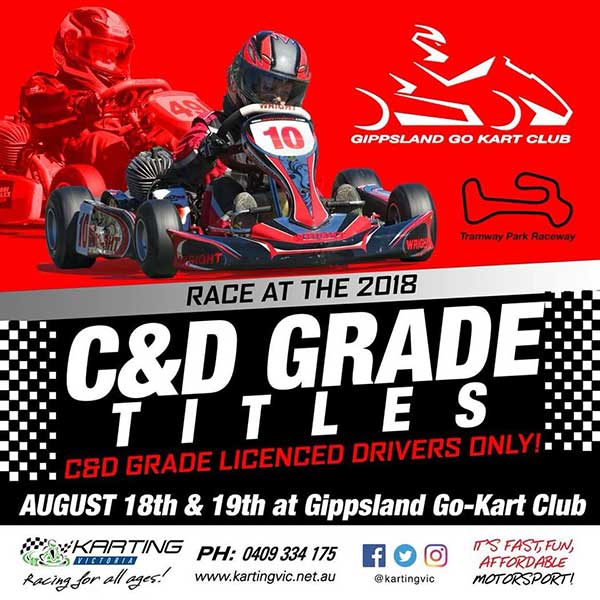 ON SHOW – Cairns Kart Club doing its bit promoting the sport in the Fred Moule Pavilion at the Cairns Show. 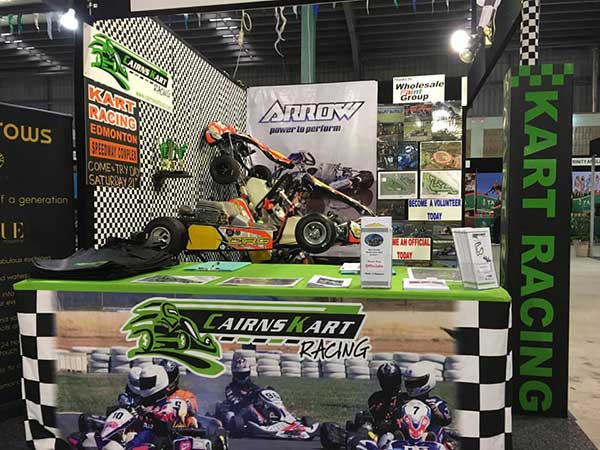 PROMO – And the Vic Superkarts doing similar at the Autobarn store in Frankston. 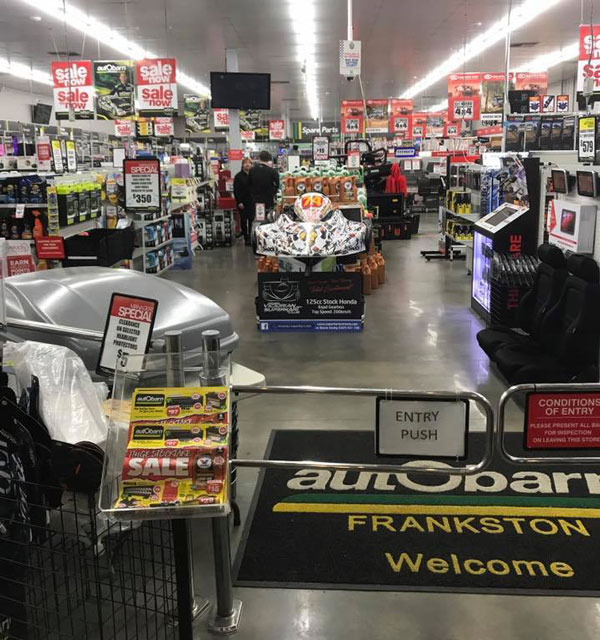 KA TENDERS – Karting Australia has invited Expressions of Interest with possible tender opportunities for the supply of Control Racing Fuel (for AKC and other National events) and a Control Kart for a 4SS Cadet class. Read more on the KA website HERE. Registration of interest closes Monday 30 July.