Three days after their defeat by Belgium in the World Cup, the English returned the ball by dominating the second edition of the Francorchamps 24 Hours for Private Karts. Showing great skill in the 2017 deluge, teams from across the Channel repeated their endeavours in the summer heat. The Team VDH kart # 443, a British team with Dutch drivers, won at the end of the twice-round-the-clock Ardennes race, just two short laps ahead of team # 43 of MS So / Co Select, the holders of the title.

“It was a great event,” said a delighted Patrick Van Billoen, founder of One Day Karting, on the evening of the second “24 Hours” for Private Karts, unique of its sort in Belgium. “The level of driving was extremely high, with very few contacts on track. I think we only had two serious collisions, which clearly shows the degree of fair play which prevailed all weekend among the drivers. Of course we would have liked to welcome more karts, but lack of quantity was offset by great quality.”

It was a first-class entry largely made up of teams flying the English flag, which confirms the craze for the event beyond the borders of Belgium. “I would like to thank our English friends, who once again allowed this event to exist,” adds Patrick Van Billoen. “As soon as possible, we plan to consult with each other to improve the existing product even further and, I hope, to attract more crews. Interest is growing in Belgium, but we do not yet have a ‘fleet’ capable of filling a grid. That is why I also plan to start discussions soon with all the interested teams to see what we can do.” 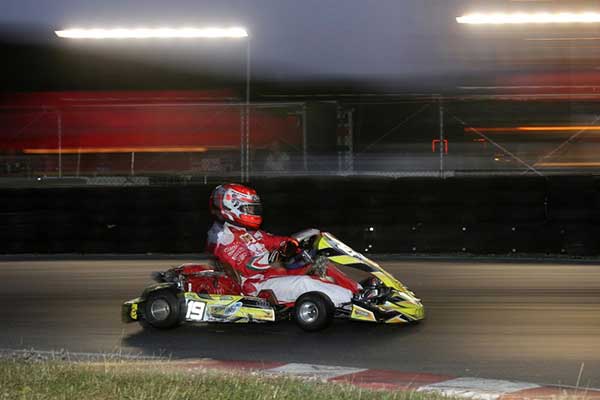 Twelve months after the torrential rain which had saturated the inaugural event, the weekend’s twice-round-the-clock was played under the sun and in temperatures well above seasonal averages. That allowed the sixteen teams involved to have the time of their lives for 24 hours! The suspense was maintained all the way to the chequered flag, crossed first by # 443 Team VDH (Tjimen Van Der Helm – Senna Koolen – Lars Lamborelle – Steven Welsh). It won two laps (less than 2 minutes) ahead of runners-up # 43 MS So / Co Select (Dan Crossley – Paul Wilkins – Steve Lyall – Romano Franssen – Fabio Paoleschi), who almost repeated their success of 2017.

Having dominated in the 2017 storm, the English stables again demonstrated their ease in all conditions by taking the first eight places in the overall standings. Nevertheless, it was the Belgians who took to the track first on Saturday morning. Taking advantage of the power of their EVO3 engine (4-stroke engines designed specifically for the competition), the Fast8Maranello 1 and 2 drivers proved to be the fastest in free practice. The EVO3 also took the front row of the starting grid, the # 81 Fast8Maranello 1 (Rino Gulisano – Michael Veulemans – Dave Coenen – Opnithi Puyato – Kevin Lemmens) starting from pole ahead of the # 88 Neospeed kart (Massimo Petralia – Laurent Dauw – Clement Nopère – Chris Akkerman).

As the lights went out, pole driver Opnithi Puyato was surprised by the speed of Massimo Petralia at his side, the latter immediately taking control of the race ahead of kart # 82 Fast8Maranello 2 (Marco Gulisano – Matthias Boon – Wesley Van Den Bergh – Dylan De Wolf – Glenn Sente – Michael Holsters). The three representatives of the EVO3 category quickly widened the gap between themselves and the rest of the pack. At the heart of it, there was a great battle between the EVO2 teams. A minority in 2017, this weekend the majority of entries were by karts powered by production four-stroke twin-engines, a factor which evened things up a little with gaps of just a few seconds between fourth and tenth place!

Although the heat became less suffocating as time passed, mechanical parts soon showed the first signs of weakness, the # 81 Fast8Maranello 1 having to pit in order to straighten a drive shaft. As a result, one of the favourites to win fell back well down the order, as did the #88 Neospeed, the victim of a chain jump, wasting valuable time in the battle for a podium place.

Team # 82 Fast8Maranello 2 (EVO3) did not ask so much to recover the lead it held without faltering until the halfway point, before also experiencing a fatal engine problem on Sunday morning. The passage through the night also proved cruel for several of the favourites, including # 88 Neospeed, victim of a mechanical breakdown which robbed them of their place in the top 4. The same disappointment also overcame the KRMS Racing team (Antoine Morlet – Jeremy Peclers – Luc Walter – Guillaume Germis – Simon Delvenne), whose race was compromised in the early morning after contact with an opponent, mortally injuring the chassis of kart # 10. 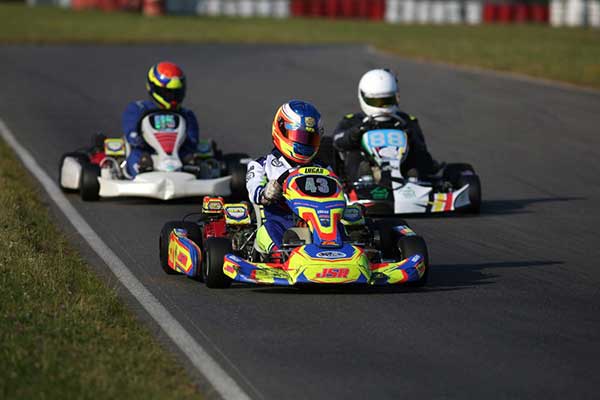 Spared such concerns, # 443 Team VDH (Tjimen Van Der Helm – Senna Koolen – Lamborelle Lars – Steven Welsh) emerged from the night in the lead, and made it without mishap to the chequered flag. After a cautious first half of the race, the crew of the # 43 MS So / Co Select (Dan Crossley – Paul Wilkins – Steve Lyall – Romano Franssen – Fabio Paoleschi), sounded the charge in second position but failed to close the gap of two laps that separated them from the lead. Victorious after 1,642 laps, the team representing the Netherlands won on their first time of entering the 24 Hours for Private Karts. Twelve months after its great success in the downpour, MS So / Co Select had to settle for the runners-up position ahead of the Red Racing kart # 13 (Adam Nichols – Lewis Cannon – Martin Black – Jake Randall), which had also been on the podium last year. 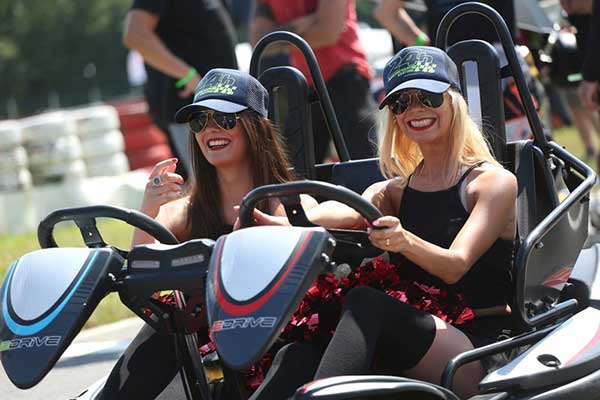 Success was not on the side of the Belgians on their own soil, and the three representatives of the EVO3 category did not pass the finish line. The # 88 Neospeed (Massimo Petralia – Laurent Dauw – Clement Nopera – Chris Akkerman) was declared class winner, despite a premature end to the race due to weather conditions which proved to be too much for some teams. The # 81 Fast8Maranello (Rino Gulisano – Michael Veulemans – Dave Coenen – Opnithi Puyato – Kevin Lemmens) consoled themselves with pole position and the fastest lap of the race (46.514, very close to the lap times of a Rotax Max or a Parilla X30). Overwhelmed by mechanical problems, # 17 Steam Team (Walter Timmermans – Thierry LeLuc – Michael LeLuc – Jeroen Rottey – Francky Volckaerts) and # 10 KMRS Racing (Antoine Morlet – Jeremy Peclers – Luc Walter – Guillaume Germis – Simon Delvenne ) left Francorchamps empty-handed, probably with an appetite for revenge in 2019! 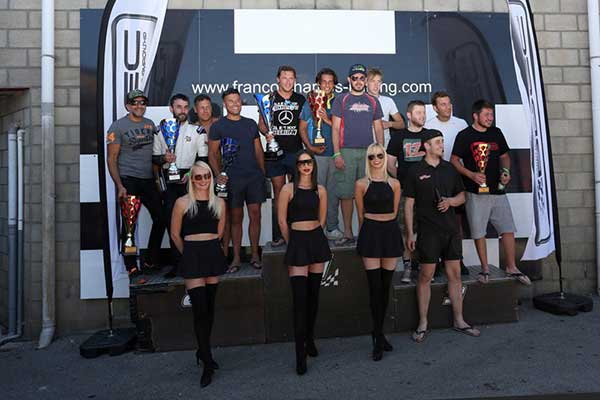