Earl, who had a busy day racing in three classes, claimed victory in the KT Twin class despite not competing in the final heat due having two broken header pipes. The win comes at a perfect time giving him confidence leading up to the club’s annual blue ribbon event, the Gold Cup which this year will see a full field of the best KT Twin drivers take to the track in anger on August 5.

“It’s great being back in the twin after some time out of the seat, to get the win is promising so now I will start to focus my attention on the up-coming Gold Cup and also the Northern Territory State Titles and hopefully come away with some good results,” Earl stated.

Driving 3 Brown Racing Karts (BRK) Earl also took home second place in the feature KT Heavy class finishing runner-up to Kendrick who claimed two heat wins along with the triumph in the final while third place in the class went to Alex Martens.

Earl also finished in second place in the 125cc Heavy class, out gunned by fellow BRK driver Rhys Hackett who showed great speed throughout the day.

“I had a great time today that was the most fun I’ve had racing in a while. Racing three classes, getting three podiums and having good clean racing with no dramas sure makes for a fun day at the track,” Gavin concluded.

Also racing for BRK Lochie Kendrick’s other podium finish came in the KT Medium class where he finished third. Taking the win with a solid drive was Nicholas Tapley who had two heat wins and three second places. Chris Ferguson managed to win the final but had to settle for second overall on the day missing the win by a mere one point.

Blanchetown driver Kyle Lambe was dominant aboard his Devil Kart with 5 straight victories in KT Light and was joined on the podium by Bradley Peel and Cameron Jones in second and third respectively.

Tim Kovarik took the honours in Devil Racing Karts supported Statesman class which was the other feature category with four out of five wins including the final. Second went to Jamie Grundy followed by Troy Hood in third.

The other two senior classes were taken out by Paul Ankerson who proved too strong in the 125cc Light class while Scott Harris tagged had a fun day out in his Outlaw.

Once again it was great to see all the kids having an awesome time out on the track including 5 year-old Connor Carruthers who was having his first ever race meeting in a dirt kart. The youngster had blast in the Midgets class where he was shown the fast way around young lady racer Taylor Dillon – also 5.

In Junior Light Blake Stephens took the win over the Feder brothers in Dylan second and Mika third while in the Junior Heavy class Ethan Bailey won over a pair of fast femmes in Macey Hodgson and Felicity Lee-Coates.

The club’s next meeting will be on July 22 followed by the prestigious Gold Cup (Aug 5). 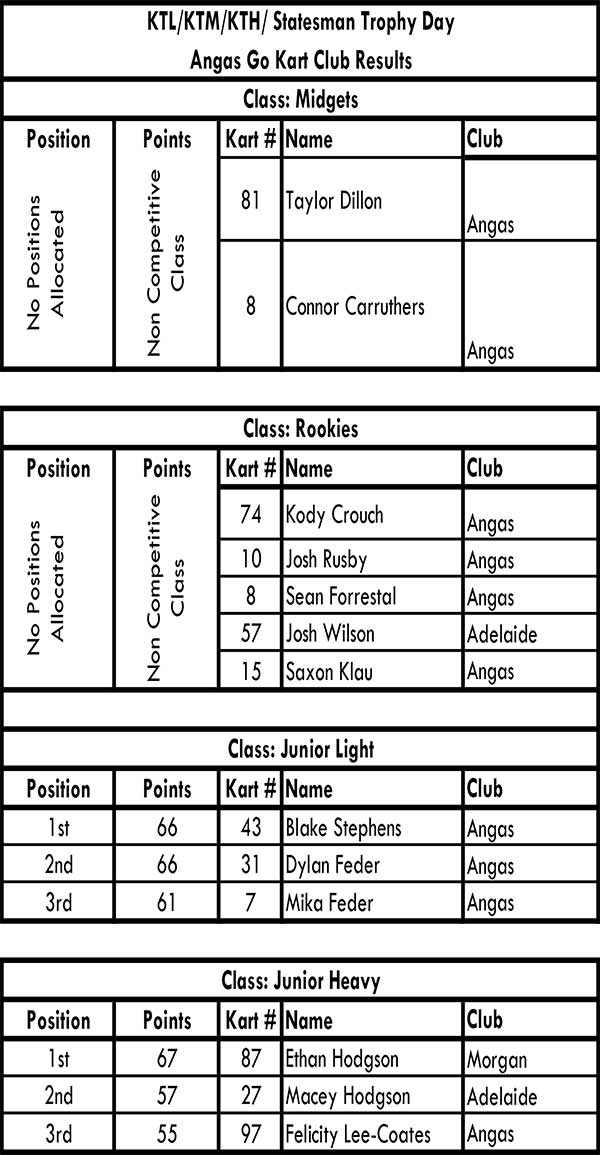 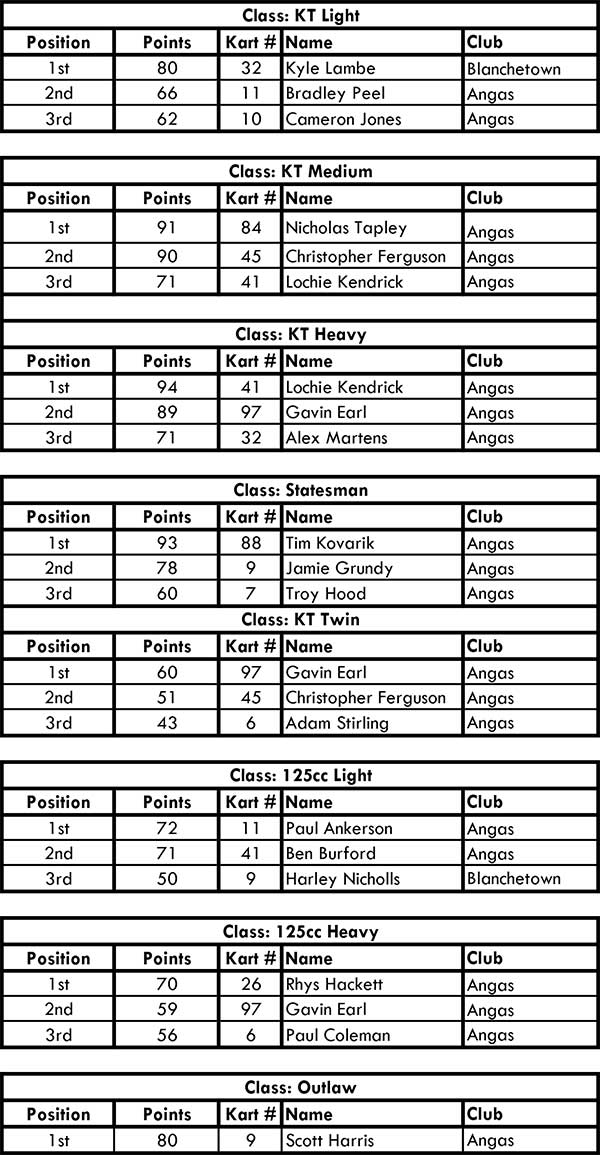