Jordan Ford has taken his second British GP title after claiming a dominant victory at Donington. This culminated a strong weekend for the talented Australian who also claimed a British Championship win the previous day.

Debuting the latest Maverick 3 chassis from Anderson Karts, Ford kicked on from a strong test day Thursday to take second in Saturday mornings free practice only .02 behind multiple British Champion and current British Championship leader, Paul Platt. Qualifying started with Ford laying down an unbelievable 1.30.2 sec lap time, .4 under his own lap record and over a second in front of his nearest competitor to easily take pole. 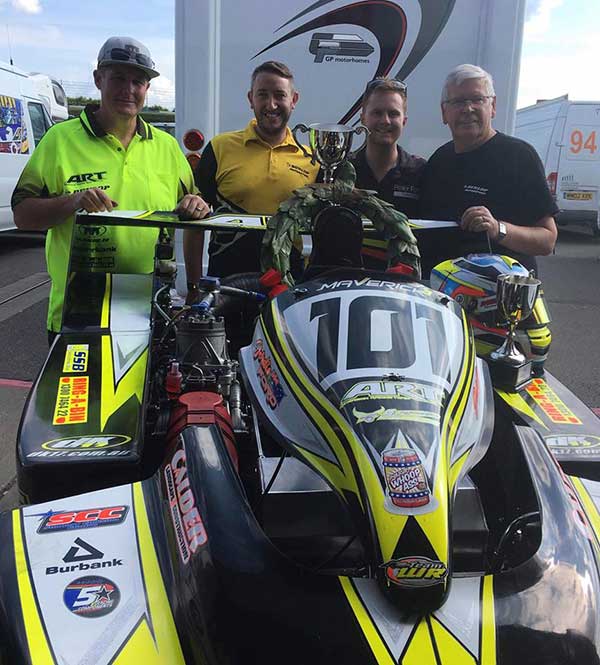 Race 1 started with Jordan controlling the pace at the front, easing out an early buffer between himself, Platt and current British Champ Dan Clarke in hot pursuit. With Ford dicing with some slower Div1 karts, the pack closed before hitting the race lead and going on to win by seven seconds. Ford would also set fastest lap, crucial to his GP aspirations as the grid would be determined by lap times from the British championship races.

Race 2 would prove to be the only blemish on a near perfect weekend. Running this time without a ram airbox and a different tune as the field entered the main straight to greet the starter, Ford veered left into the pit lane. A broken ignition switch the cause of a stuttering engine issue. A quick hot wiring repair would see Jordan back on track a lap down on the leaders. Ford proceeded to throw down fastest laps before re-entering the pits to retire, secure in the knowledge he would start from the pole in the main race, the third time in three years. 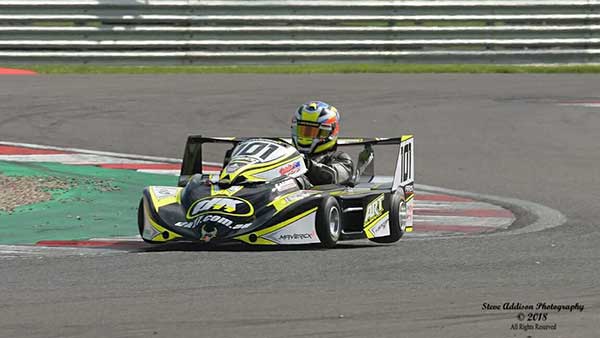 The GP would start in extraordinary circumstances, with Ford controlling the pace with fellow front row man Platt. Almost before the lights went out they were swamped by the pursuing pack, unbelievably entertaining turn 1 in seventh and eighth respectively. However Ford was on a mission, passing karts inside and outside through Craner curves, the Old hairpin and by the time he emerged out of the Melbourne loop was into second and closing on race leader Dan Clarke.

Indeed Clarke would lead lap one with Ford tucked in behind. This wouldn’t last long as Ford would take the lead heading up the hill out of the old hairpin. Clarke would then retire with a seized engine, allowing Platt into second. A string of fast laps from Ford, running a pace a second quicker than his rivals would see his lead extend to thirteen seconds at the chequered flag. Platt would take second from teammate Andy Bird. For Ford the victory was redemption after losing a commanding ten second lead to a broken coil wire last year. 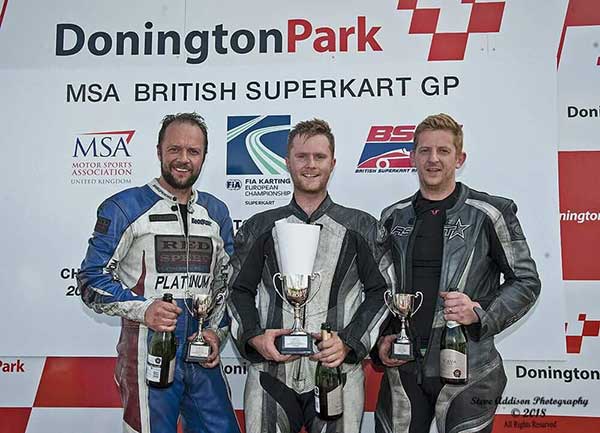 Jordan’s ART teammate Liam Morley would also claim his eighth GP title in the 125Nat class after a previously disastrous meeting due to electrical issues. 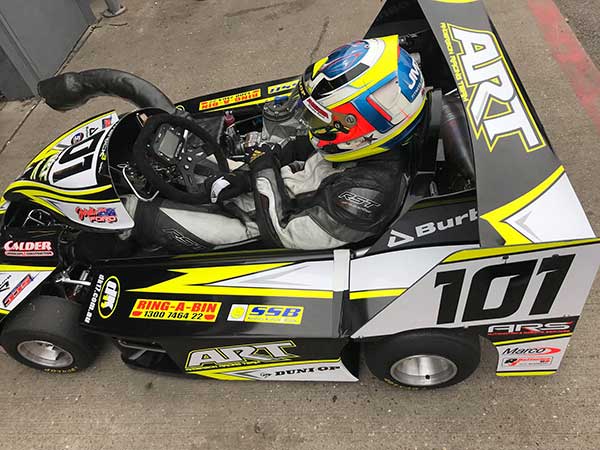