Seventy-four karters are set to light up the track this weekend at Cooloola Coast Kart Club in the Hurks Contracting C & D Titles. 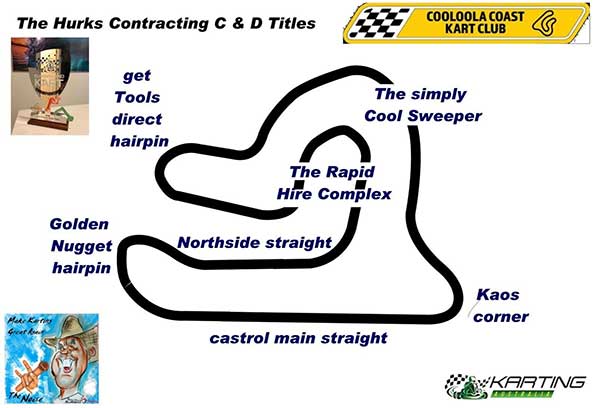 Peter Philips (club President) in a statement said he’s particularly happy to have secured so many karters for the event given that most had a double-header weekend of racing last weekend in South East Qld and also is thrilled to see so many drivers visiting from so far away. A fantastic weekend of racing will be had by all at our ever improving track here at Gympie!

Of the fancied drivers the local driver Peter Patzwald believes he’s got the kart dialed in perfectly at the moment but he will be up against the super quick Mendleson & Grant from Ipswich and then there are the Gladstone pairing of Alice Pakay & Desmond Hall from Gladstone to watch out for.

In the Cadet 9s local favourite, Tempur sponsored Jackson Cooper, has drivers from all over to contend with; the very fast Toby Musico from North Shore is here, all the way from Emerald is Jye Finch, coming down from Gladstone is Zac Butler, over the hill from Warwick come the ever improving Jordan Sell & and a flood of Ipswich drivers are going to give this one a red hot go!

Cadet 12 is yet again looking super competitive and the local drivers will have their hands full. Shaun Jaques showed good speed last time out, now he’s got contenders such as Damien White from the Whitsundays club, Tony Goodman is has made the trip from Rockhampton, the fast pairing of Brock Hall & Beau Bromhead have traveled up from Lismore, Pointon, Peacock & Nankervis are amongst the fancied Ipswich drivers and Warwick also has a presence with O’Dea & Sell. The Vintage & Historic Club of Qld have Leeson & Bowen in this one and it’s set to be a cracker!

KA4 has a quality field and off the back of a win last time out, birthday boy from Lismore Brody Nunn will be hoping to celebrate with a win. Standing in his way, the ever improving Alien Tech pairing Alex & Ryan Hidden from Ipswich, Roman Findlay from the Vintage & Historic Club of Qld will be competitive, Ryan Laycock from Ipswich is fast around Cooloola and the local driver Harvey Pryce could surprise them all!

In TaG Restricted Light, Brianna McKenzie continues her transition from dirt Karting to bitumen. Another lady racer, Darlene Butler, has come all the way from Gladstone to give this one a go. Standing in their way are a flood of local Cooloola club racers, Stohfeldt, Horne, Fong, Bell, Ontatzis & Lambert, but it’s the name Ashley Davis that got all their attention when his entry came in after a recent dominant display at Ipswich round 3 – he will be very hard to beat! 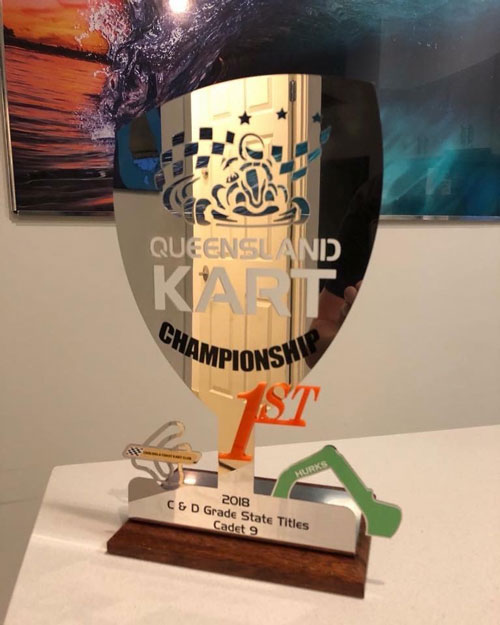 In TaG Restricted Medium, Kel Farrell will be hoping to continue his recent winning ways, but standing in his way is Ben Forrest from Warwick, down from Gladstone Michael Buttler, more Ipswich drivers, Perks & Crawford and the local favourite, Adam Mueller.

In the gravy’s Tony Jones has come all the way from Gladstone and taking him on will be Perks from Ipswich as well as local driver Scotty Gray.

Cadet 9 “B”s get a run here also & Angus Hare from Ipswich has come to take on Isabel Wagner & Rylan Hovey from the Cooloola club.

Kev “The Noise” Davies will be bringing all the action to you early next week from what promises to be a fantastic weekend of racing in Gympie.