The two Australians competing at the second round of the CIK-FIA European Kart Championship have one heat remaining tonight (Aus time) to see if they can get into the finals at PFI in the UK.

The two Aussies (both on Parolin/Parilla) qualified deep in the OK-Junior field, James Wharton 35th and Christian Mansell 67th in a 72-kart entry.

After a busy day, the CIK-FIA European Championships Qualifying leaders took advantage of their favourable positions at PF International (GBR) to retain their advantage most of the time before the final stretch that awaits them on Sunday morning with the Final stages in view. In OK-Junior, the Dutchman Dilano Van T’Hoff got the better of his rivals, while the German Hannes Janker and the Italian Mattia Michelotto took control in OK.

24 of the 30 Qualifying Heats of the British Kart Grand Prix took place on Saturday, 19th May under a beautiful hot sun at PF International. Exciting to follow, the Heats were more and more animated throughout the day, especially among the Juniors. The last Heats saw some excitements, sometimes requiring interruption by the red flag. As usual, the British track was the scene of spectacular struggles and many overtakes that changed the face of the two categories competing for the CIK-FIA European Championships. This Qualifying phase will end on Sunday morning with the last six remaining Heats. Then it will be the turn of the 34 Drivers qualified in each category to compete in the long-awaited Finals.

VAN T’HOFF STANDS OUT IN THE JUNIORS

With three victories in four races, the young Dilano Van T’Hoff (NLD) took the lead in the provisional classification of the Qualifying Heats of the second CIK-FIA European Junior Championship Competition on the very selective track of PF International. Gabriel Bortoleto (BRA) came back from 8th to 2nd position, ahead of poleman Kirill Smal (RUS), followed by Gabriele Mini (ITA) and Victor Bernier (FRA). While Sami Meguetounif (FRA) lost ground due to a penalty for his front fairing, others made good progress in the standings.

This was particularly the case for Evann Mallet (FRA), Isack Hadjar (FRA) and Zak O’Sullivan (GBR) close to the top 10, or Josep Maria Marti ‘Sobrepera (ESP) and Paul Aron (EST) a little further back. The Race Director organised an additional briefing at the end of the day to calm the overheated spirits of the young Drivers before starting the last day of competition.

JANKER AND MICHELOTTO SIDE BY SIDE IN OK

The battle for the CIK-FIA European Championship is a very tight in England. The poleman Lorenzo Travisanutto (ITA) was slightly overwhelmed by Hannes Janker (DEU) and Mattia Michelotto (ITA), coming back well since his 9th in Qualifying, while Juho Valtanen (FIN) remained in contact. David Vidales Ajenjo (ESP) was back in the top five after a good comeback, as well as Oliver Hodgson (GBR) and Pedro Hiltbrand (ESP) right behind him. Danny Keirle (GBR) lost a few places and found himself in close proximity to the youngster Harry Thompson (GBR). Championship leader Roman Stanek (CZE) was in 13th place.

The six Qualifying Heats that will run on Sunday morning could still change the situation before the Finals, depending especially on the strategy chosen for the use of new tyres. The verdict will be in after 12:30, while the Finals will be held between 13:30 and 15:30. Follow the live-timing and live-streaming on the website www.cikfia.com. 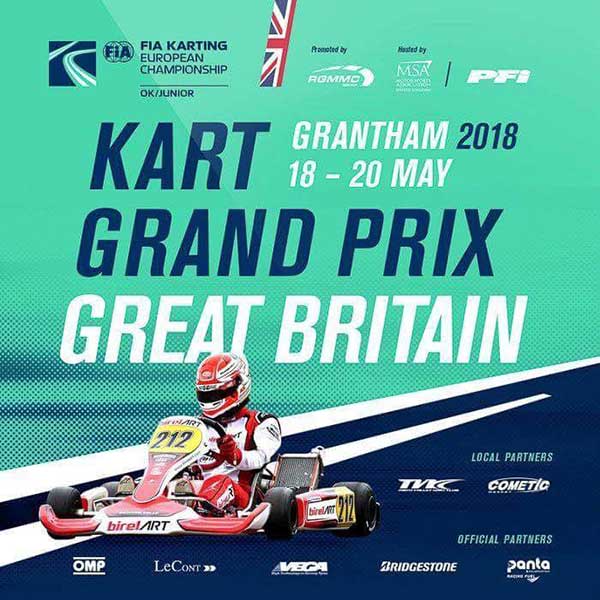