Great performance in OK with Coluccio in WSK at Sarno

The results of the previous weekend at Sarno had not been as convincing as expected for Birel ART Racing in OK. The last meeting of the WSK Super Master Series reassured the team about the potential of Coluccio and Kremers two weeks before the start of the CIK-FIA European Championship. Some problems delayed the progress of Pizzi in OK-Junior, without jeopardising his competitiveness. In KZ2, Longhi continued to show a good omens ahead of the KZ drivers. Birel ART Racing can approach the second part of the 2018 season with serious ambitions. 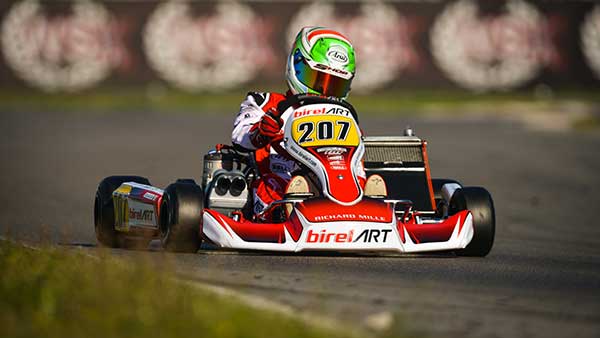 A week after the second round of the WSK Super Master Series at Sarno to replace the cancelled meeting at Lonato, the top international teams were again at the Neapolitan circuit for the fourth and final round of the WSK Promotion series. The weather was almost summer with temperatures often exceeding 25°. The Birel ART Racing team was rewarded for their work, backed by top-notch performances and top-notch competition. 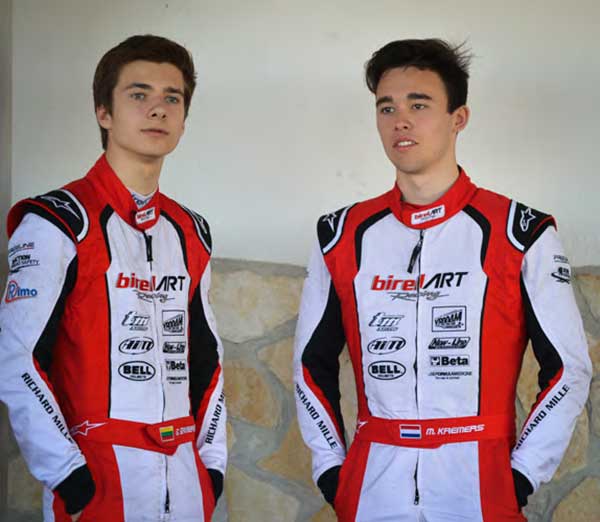 Davide Foré, the team manager of Birel ART Racing was firstly very satisfied with the performance from Luigi Coluccio in OK: “He has shown very good consistency throughout the weekend at the forefront of this top category. We have solved the problems from the previous meeting and the performance has always been there. The consistency that Coluccio has shown is a very important element for the future. For example, he was impressive in Prefinal B with the 2nd fastest time and 3rd place, only 2 tenths off the winner. He then secured a nice 6th place in the Final. Kremers confirmed our speed in OK as he was long in the top five.” 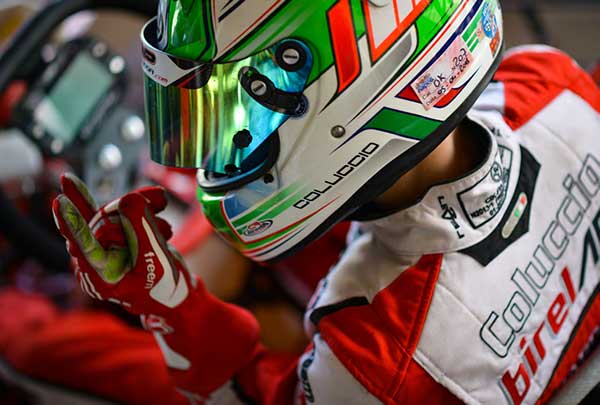 “I think we have a good card to play in KZ2. Riccardo Longhi was very fast in the qualifying stages against the best KZ drivers. A collision in the Prefinal compromised his performance without undermining the confidence we have in him for the next events, 100% dedicated to the KZ2 category. Alexander Dahlberg has also made good progress in the Finals by moving from 33rd to 12th.”

“The event did not go as we had hoped for in OK-Junior during Qualifying Practice. Francesco Pizzi did not have an easy task during the heats, but he still managed to qualify 32nd. He came back very strongly up to 15th place at the start of the Final when a collision caused him to drop back down. At least he was able to show what he was capable of. The weekend was more trying for our two Thomas’, Nepveu and Dijkstra.” 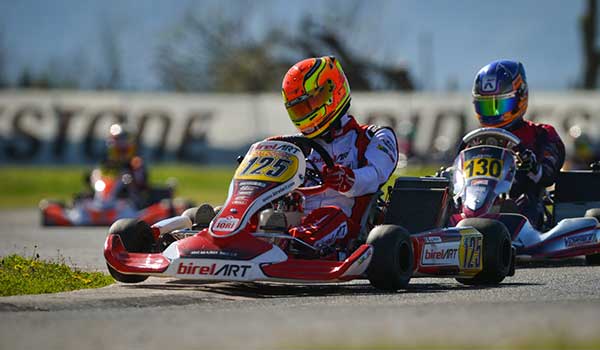 The situation looks good for Birel ART Racing as it approaches the major international events. The team will first head to Lonato for the first round of the German DKM Championship where Marijn Kremers will line up in KZ and Coluccio in OK. The programme will then return to Sarno for the start of the CIK-FIA European Championship for OK and OK-Junior in which Birel ART does not intend to make up the numbers.