The Italian Kart Grand Prix will launch the FIA Karting European Championship, for the OK and OK-Junior categories from April 20th to 22nd at the Sarno circuit and will be a long-awaited rendezvous for RGMMC Group’s debut as CIK-FIA Competitions Promoter.

The event is already looking promising with an entry higher than last year and constant confrontation is expected between the established stars and young hopefuls of the discipline. 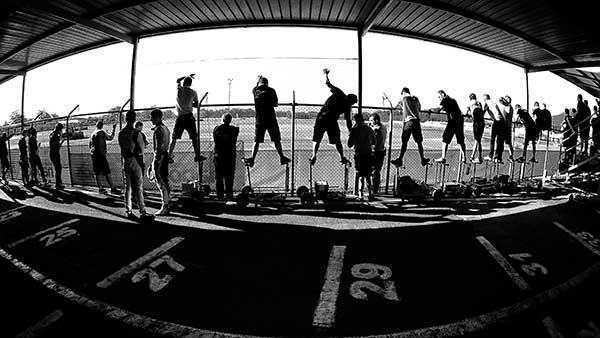 The FIA and RGMMC Group wanted to make an impression by introducing new denominations for the CIK-FIA Championships for the general public and the media. Highly expressive and easy to memorise, the names “FIA Karting European Championship” and “Kart Grand Prix” will be used to promote an overall increase in audience. In addition to these first visible changes, the Sarno event will reveal the other updates to the 2018 season programme.

This year, the CIK-FIA European Championships for the OK and OK-Junior categories are organised over four events from April to August, in Italy, Great Britain, Germany and France. The first meeting shows the popularity of the series already with 85 entered in OK and 82 in OK-Junior, growth of more than 15% compared to 2017.

36 nationalities will be represented, with strong Italian participation, 27 drivers, ahead of Great Britain and Spain, with 16 drivers each, then France and Finland, 13 drivers each, and Germany and Russia, 10 drivers each. 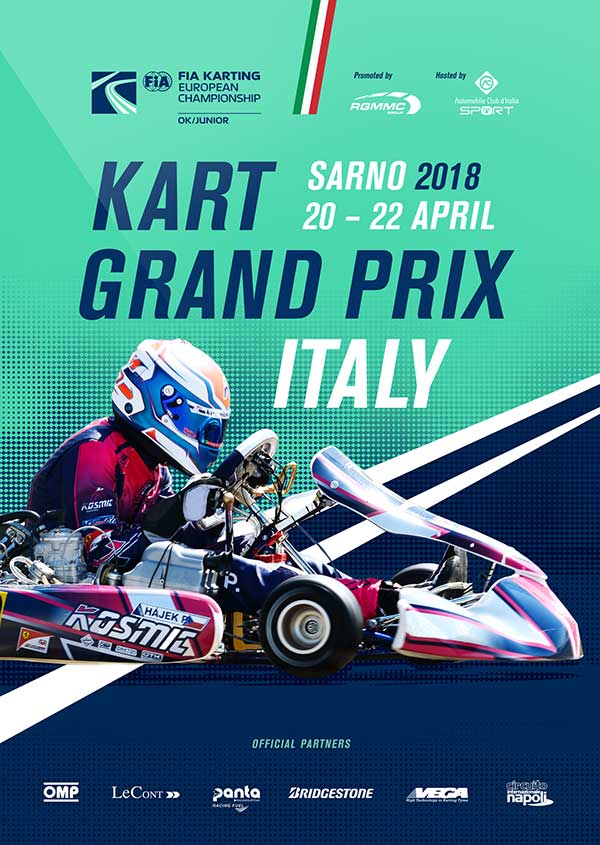 The OK-Junior category, open to drivers aged 12 to 14, is filled with more talented hopefuls than ever before. Those with at least one year of experience have some advantage over newcomers. This is the case for Gabriel Bortoleto (BRA), Zak O’Sullivan (GBR), Dino Beganovic (SWE), Kirill Smal (RUS), Hadrien David (FRA), and Paul Aron (EST). However, we can count on a few rookies to disrupt the established stars, with drivers like Gabriele Mini (ITA), Taylor Barnard (GBR), Dilano Van’t Hoff (NLD), Jak Crawford (USA) and Thomas Nepveu (CAN). Note that two former Formula 1 drivers, Jarno Trulli and Juan Pablo Montoya, have chosen this category to train their sons, Enzo and Sebastian respectively. 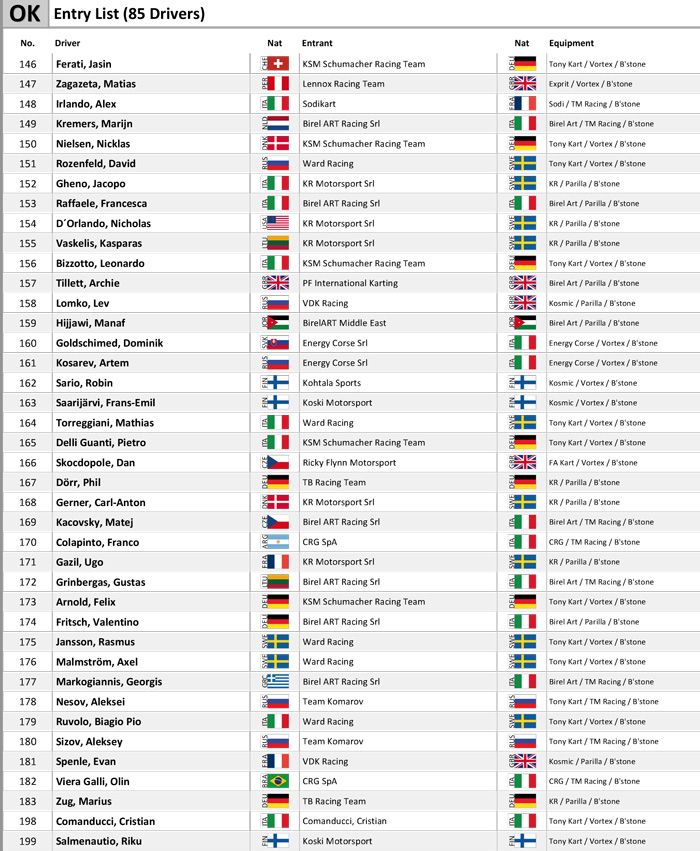 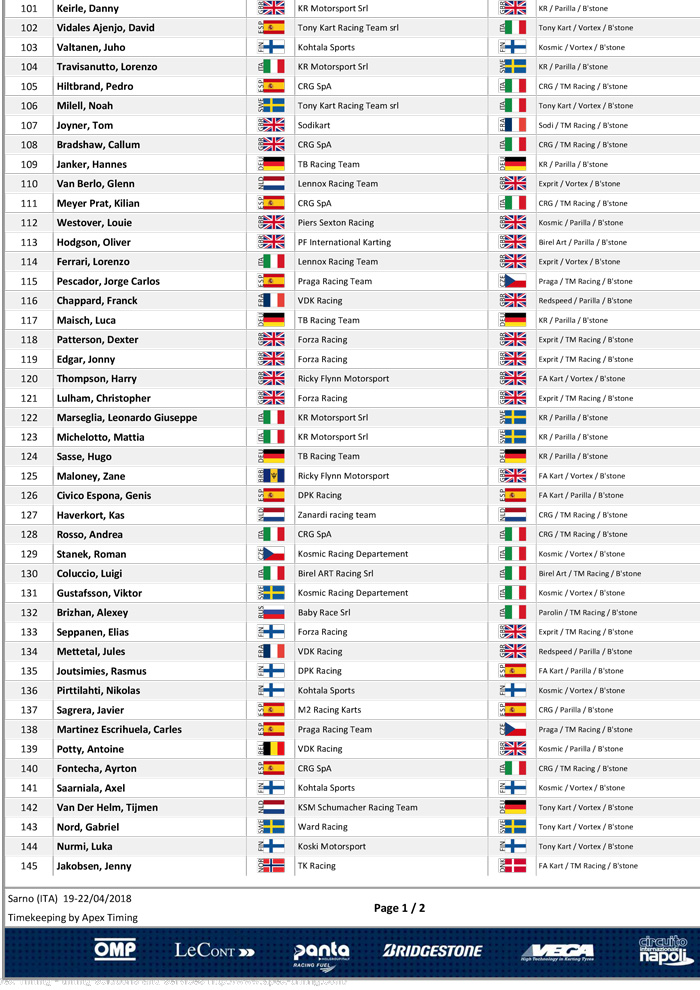 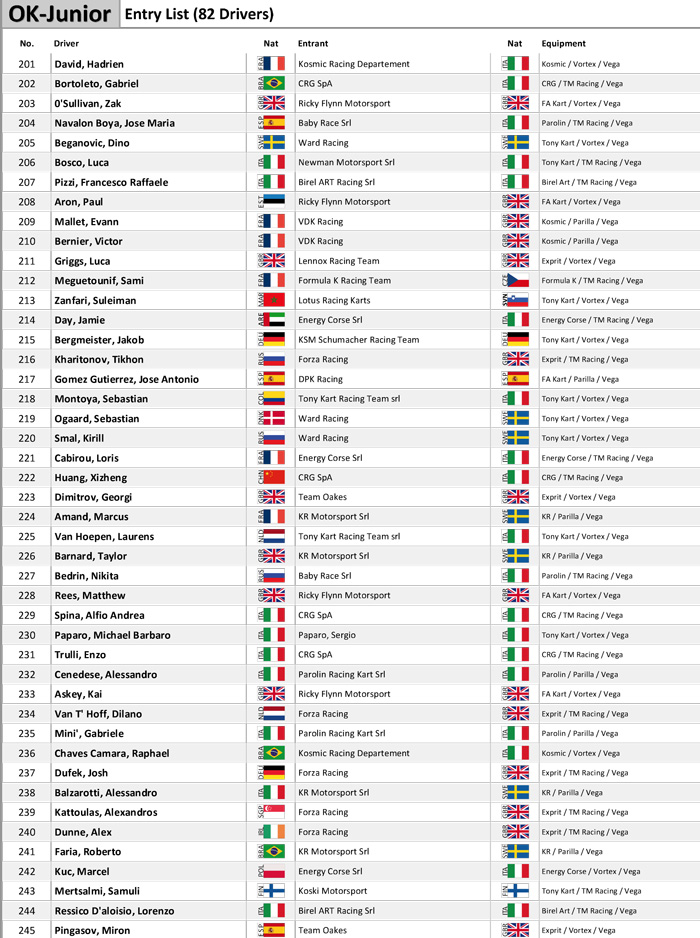 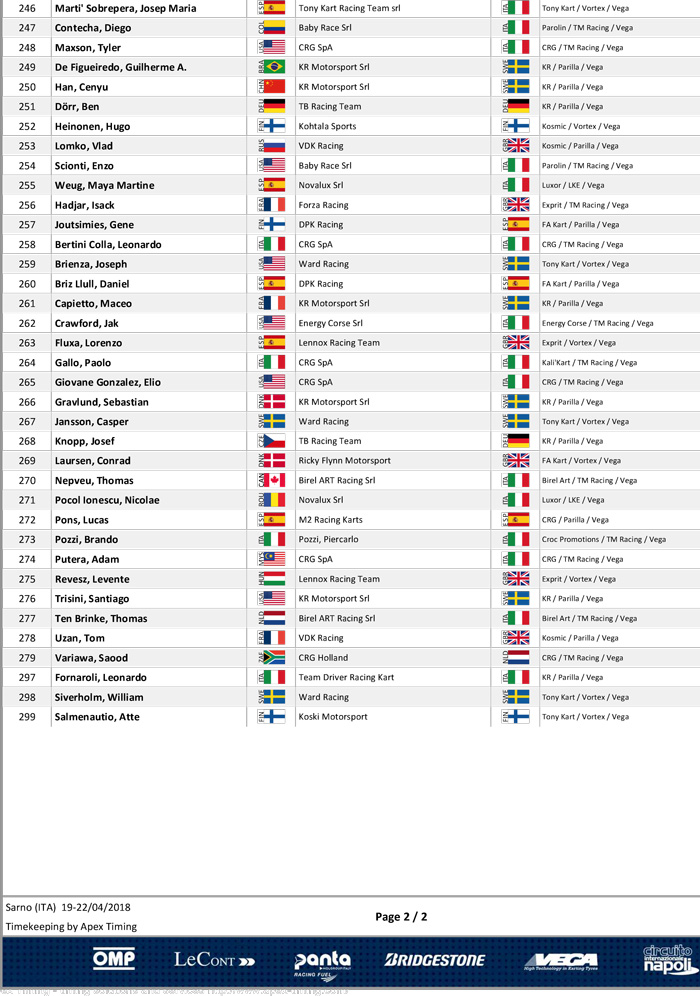