With Easter done and dusted for another year, it’s interesting to look back at what that time of year used to mean for Aussie karters – The AKA Nationals!

Not so many years ago the Australian Champions were decided at one race meeting, the location on a state-by-state rotation around the country. For 1998 it was Victoria’s turn, and according to KartOz Magazine (issue #17, May 1998), 615 drivers raced at Geelong in the 36th annual Nationals. 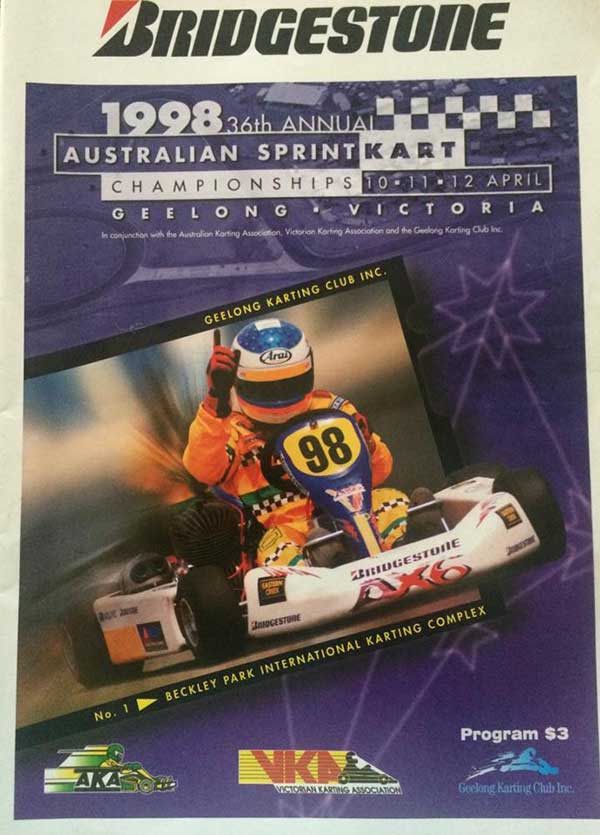 This was a huge number and to put it further into perspective, this was purely Senior and Junior drivers – the popular Midget and Rookie classes (now called Cadet 9 and Cadet 12) were not raced at National Championships in those days.

Gathering that number of competitors at a race meeting today is (a) not realistic, and (b) not practical – everyone brings so much more equipment to the race track these days and work directly out of trucks and trailers that most tracks would not have the room.

The fields were so close and competitive that multiple state and national champions failed to qualify. This was in the day when a wage earner could use their time off over Easter to race the pros and have a crack at a green plate.

The following scans from the race program have been shared on Facebook, thanks to Scott Webb, AKD Photos and Curt Bond. Event results are at the bottom. 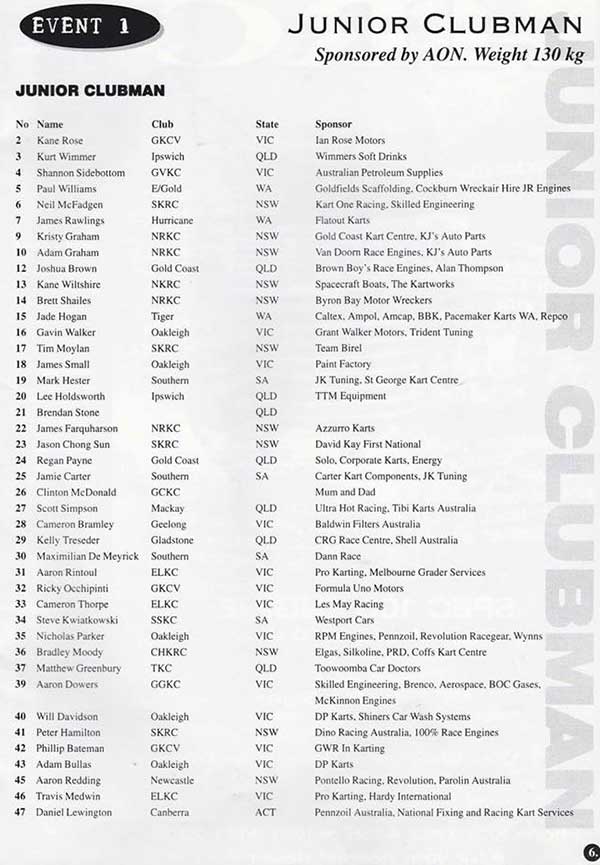 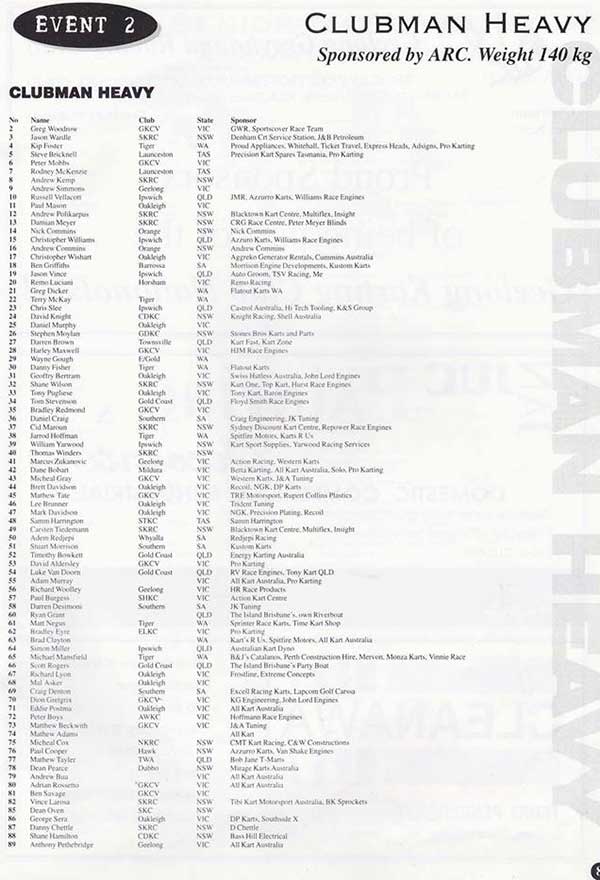 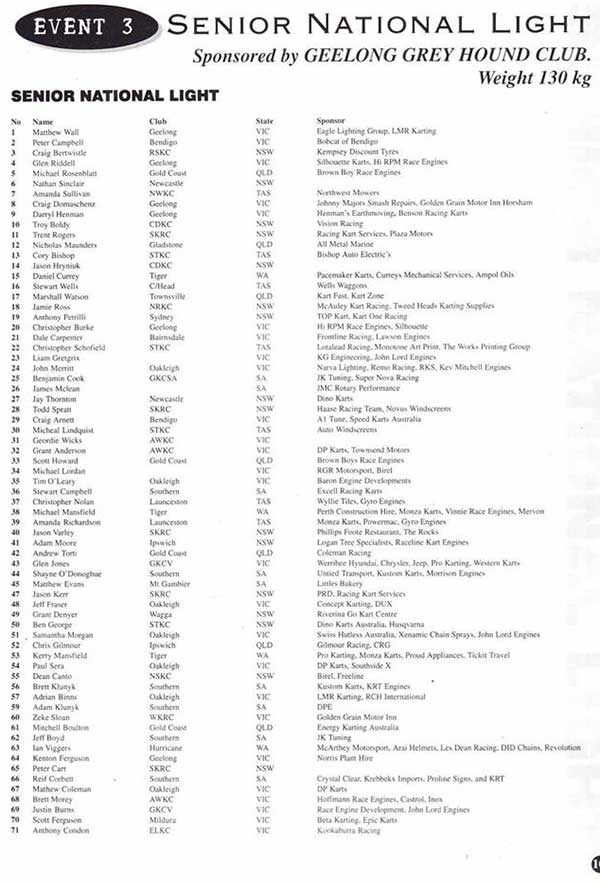 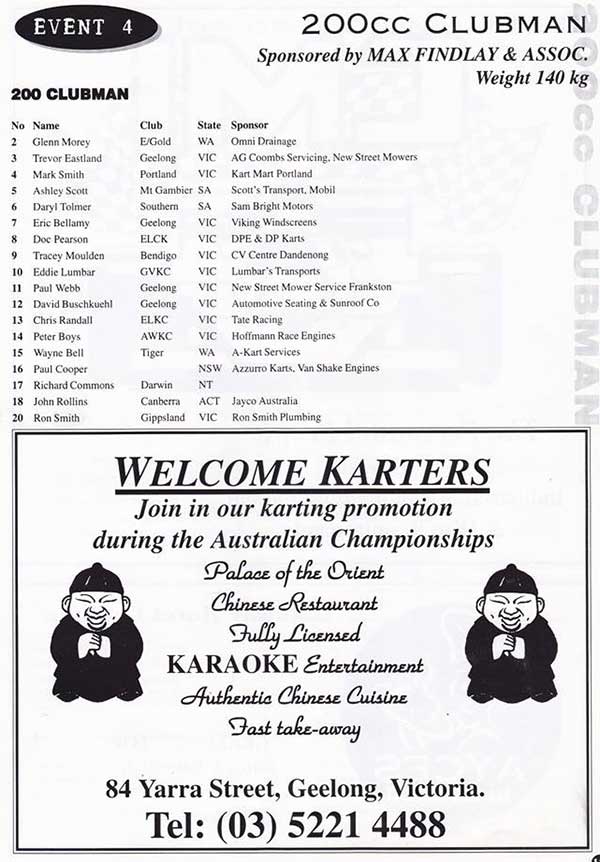 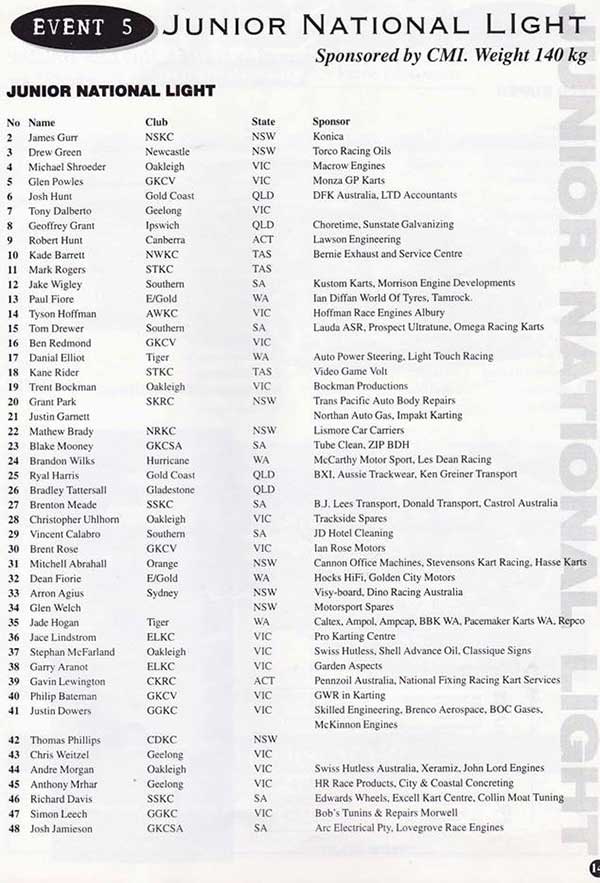 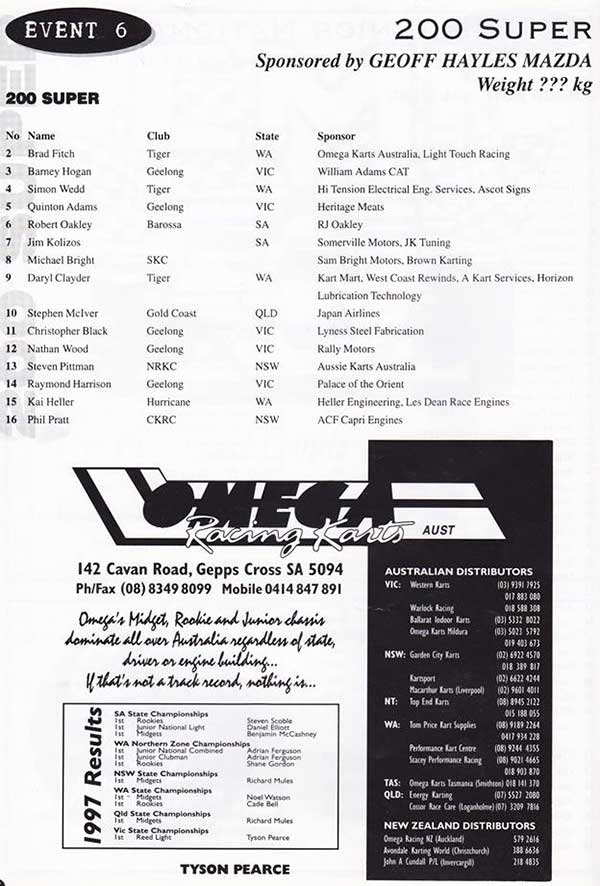 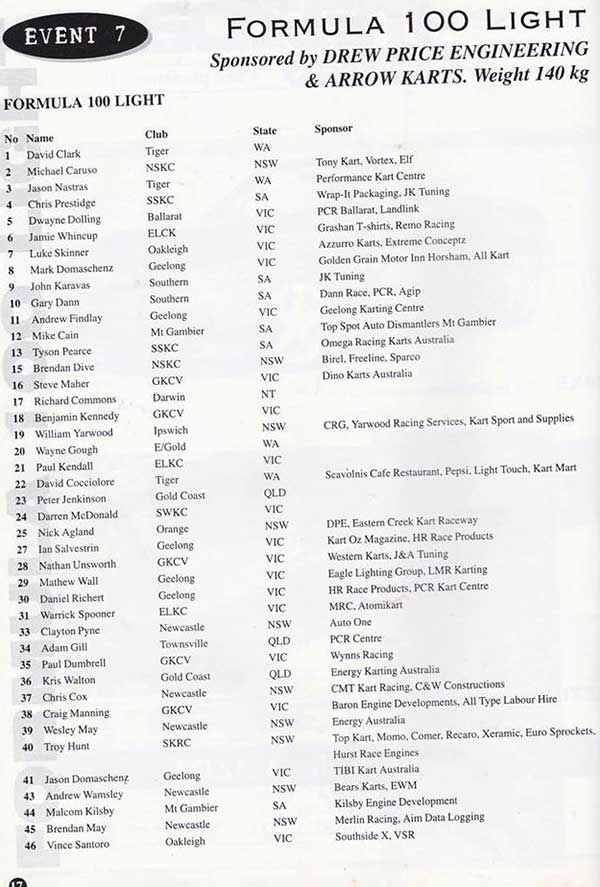 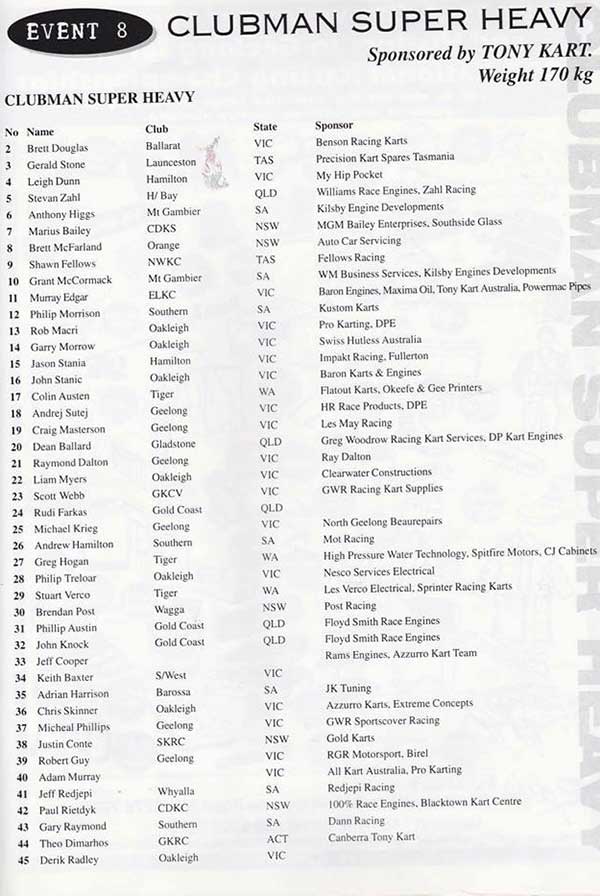 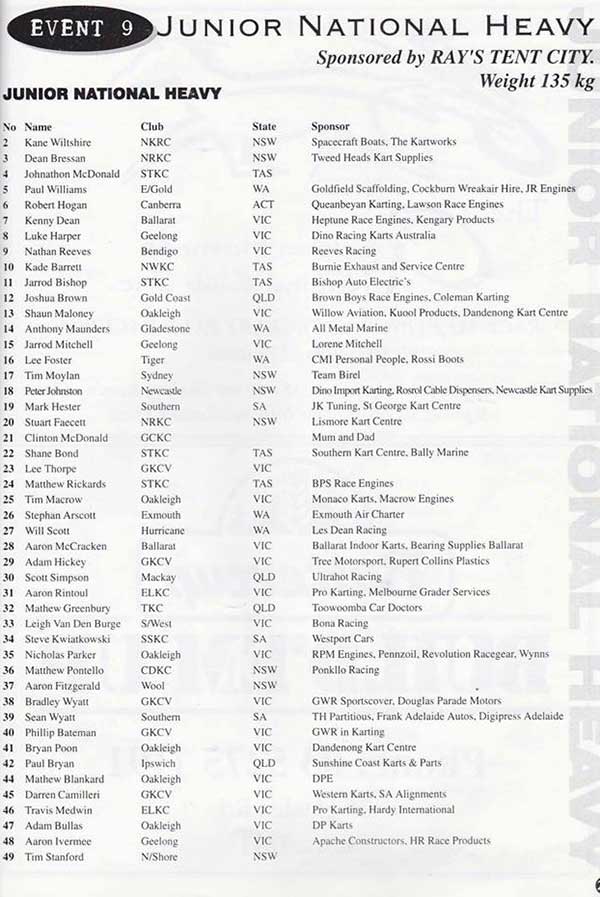 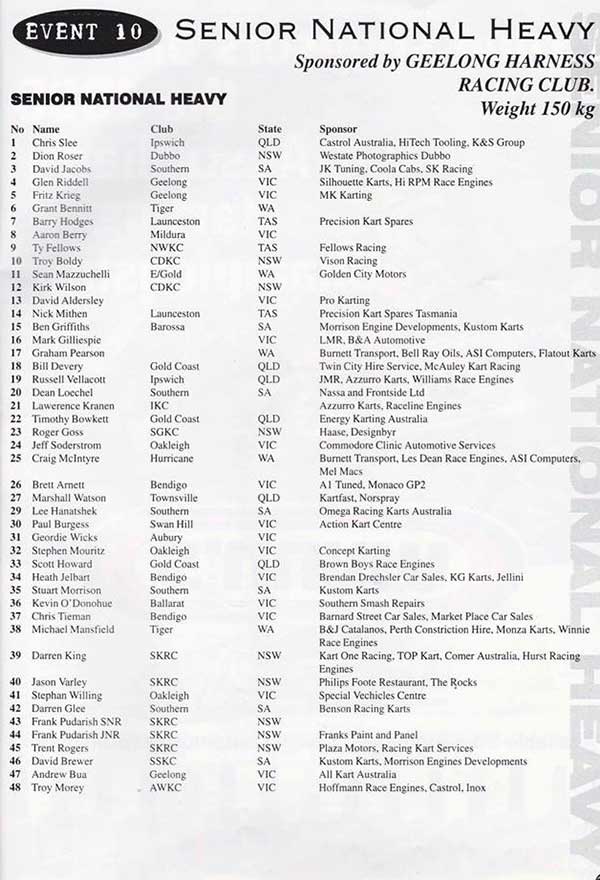 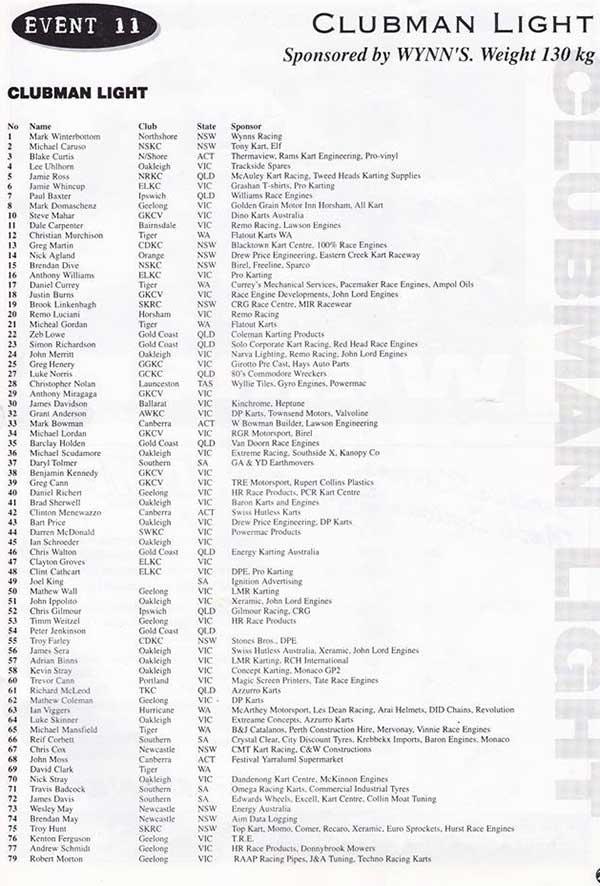 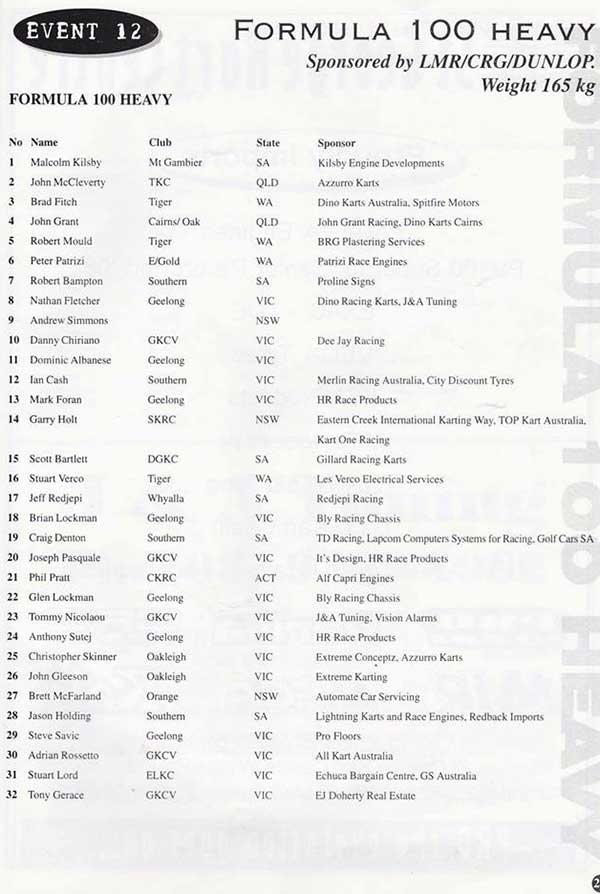 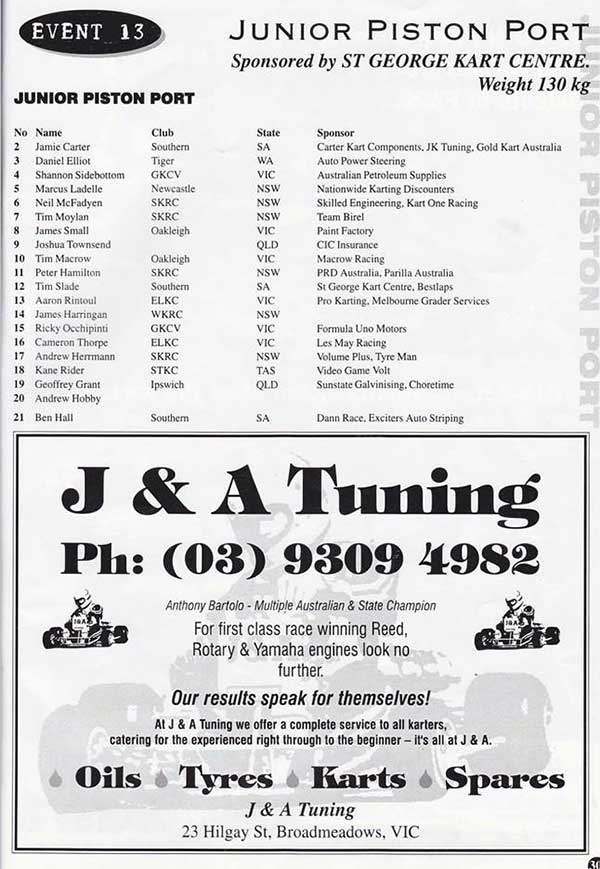 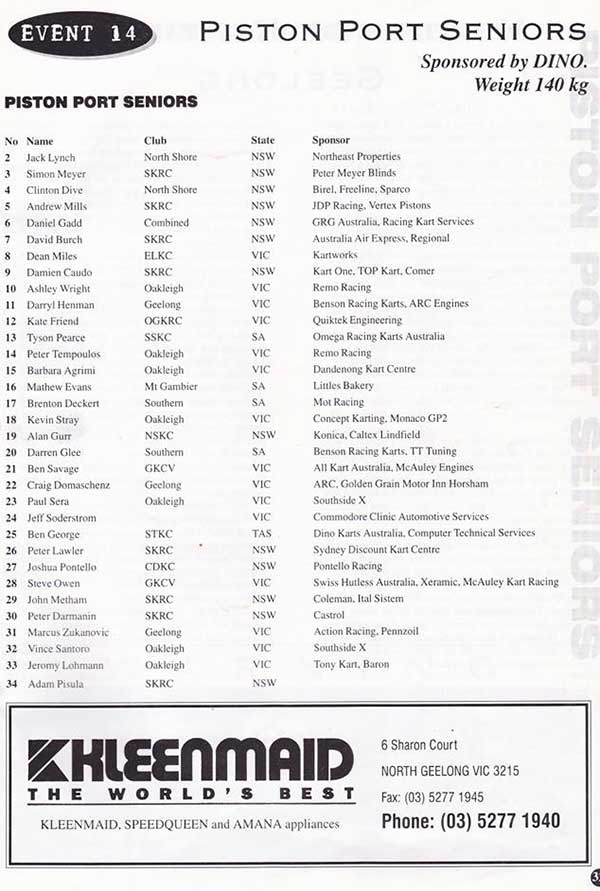