Karting Tasmania and the STKC cite the reason for the cancellation as one of scheduling. 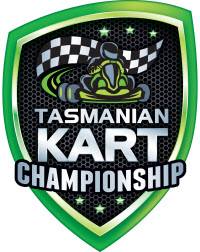 At the time of this post, CMS listed pre-entries at 74 across the 14 classes.

The largest field was KA4 Masters (15 drivers nominating for a  ‘non-championship’ class using Yamaha J engines) followed by KA3 Senior Medium (10 entries). All other categories had single digit numbers, most below the required minimum for a state championship. KA4 Senior Heavy, KA3 Senior Light and TaG R Heavy all had zero.

This has placed a significant strain on the karting community and Southern Tasmanian Kart Club to run a successful event.

“In the initial planning of the event, we were lobbied by many Tasmanian karters to change the date to earlier in the year, but unfortunately being so close to last year’s event, and in a busy period for the Australian karting community, it hasn’t been supported like everyone had hoped,” said STKC President Simon Hobden.

“The request to Karting Tasmania to cancel the event for now isn’t a decision that we’ve made lightly. It will allow us to reposition the event to a better time of the year and make it a successful one for karting in Tasmania.”

“The concept of moving our Championship to March appeared to make sense when we scheduled it, but being so close to the 2017 event has proven to be the incorrect decision,” said Distill.

“We will work with the Southern Tasmanian Kart Club to reschedule the event for a later date.”

All competitors that had paid their entry fee will receive a full refund.