Last week we asked “Outside of the official practice session(s) that form part of a race meeting, how often do you practice/test? (expressed as a % of race meetings you compete in)“.

Just on 300 people participated. The breakdown of responses is below.

I expected the Under 25% (ie, the odd practice day) would be the most common answer, and it easily was. But what really surprised me is the number of people who said they do a test/practice day for every single race meeting they enter!

It would seem that people who just turn up and run race days are the minority. 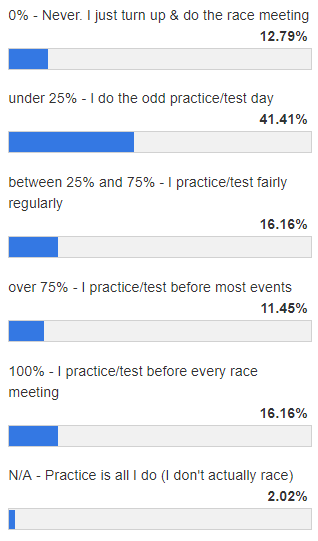