Melbourne’s Troy Woolston begins his journey towards defending his Rotax World Finals victory this weekend on home soil at Port Melbourne’s Todd Road at the Rotax Pro Tour – the first major karting event on the national calendar in 2018.

The Australia Day weekend will be a fitting return to the track for Woolston – who was declared the best DD2 Masters driver in the world in November in Portugal.

He will have tough competition from fellow local Jason Pringle, who makes his comeback to the Rotax Pro Tour Australia Day Opener and will be one vying for the three places in the Masters category to the World Finals come November – this year to be held in Brazil.

Australian Team Captain from the World Finals, Scott Howard, will be looking to build on an outstanding 2017, which saw him take the round win at Coffs Harbour.

Headlining the open DD2 category will be last year’s Junior Champion, Jac Preston. The Queenslander represented Australia at the World Finals and this will be the competitive youngster’s first major senior race. Perennial front-runner, Ryan Kennedy will prove tough competition for Preston, as will the returning Damian Ward.

Melbourne local, Jordie Lindstrom returns to the Pro Tour in a bumper Rotax Light field. He has been out of top level competition for some time, but brings with him significant knowledge of the track and support from Pro Karting. The field includes no less than four female drivers including Kiwi Rianna O’Meara-Hunt who created history by winning the Junior Rotax event in Adelaide last year in her TF Race Engines backed machine. Sydney-sider Cody Brewczynski brings a renewed focus aboard the Velocity Kart Shop Comp Kart as he looks to make it back to the World Finals in 2018.

Queenslander, Harrison Hoey is another to step into the senior ranks for this year after coming devastatingly close to wrapping up the Junior Rotax Title last year. His sister, Jacinta will be among the front runners in Junior Rotax this season, as will the dominant force in sub-Junior racing over recent times, Shamick Racing’s James Wharton.

Wharton’s speed and consistency has seen him represent his country the last two years and his move into the Juniors has been hotly anticipated. Another sub-Junior – Adrian Haak from Sydney – makes the move to Junior Rotax as well this year. One of last season’s front runners, Jaiden Pope will be tough competition in his second year of Junior Rotax.

Ethan Feather will be toward the front of the Mini Max field, however will have strong challenges from the likes of Cadel Ambrose – who steps into the Rotax Pro Tour for the first time this year and South Australian EVO Kart driver, James Piszcyk.

Local driver Peter Bouzinelos will be hard to beat in Micro Max, but will have the Comp Kart Burns brothers – Jaxson and Jenson and Max Walton nipping at his wheels.

The action will kick off on Friday January 26 – Australia Day – with an Australia Day BBQ and special presentation of Australia’s Rotax World Champions – Troy Woolston and Cody Gillis.

Entry over Saturday and Sunday to the Todd Road, Port Melbourne circuit is free to spectators. 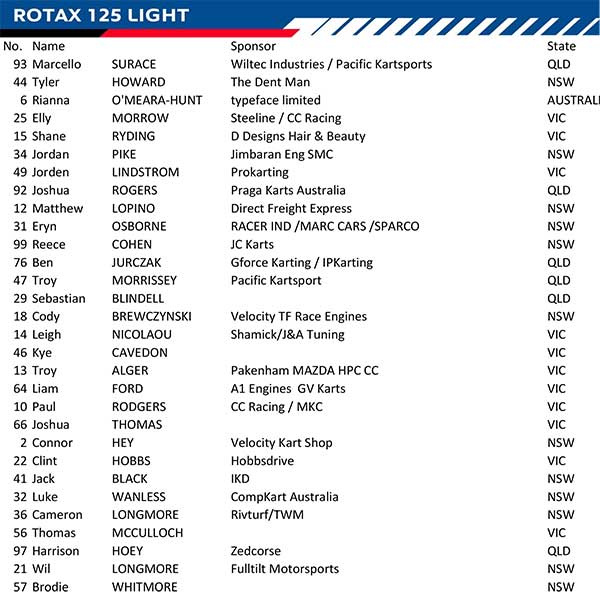 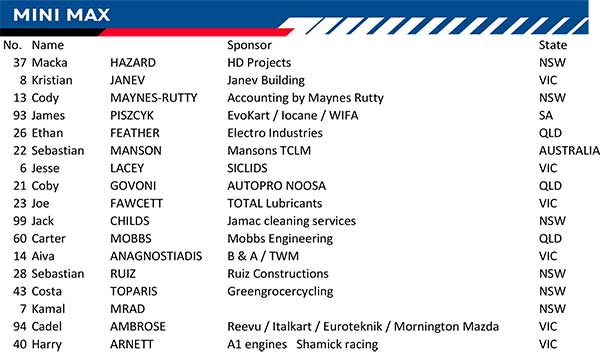 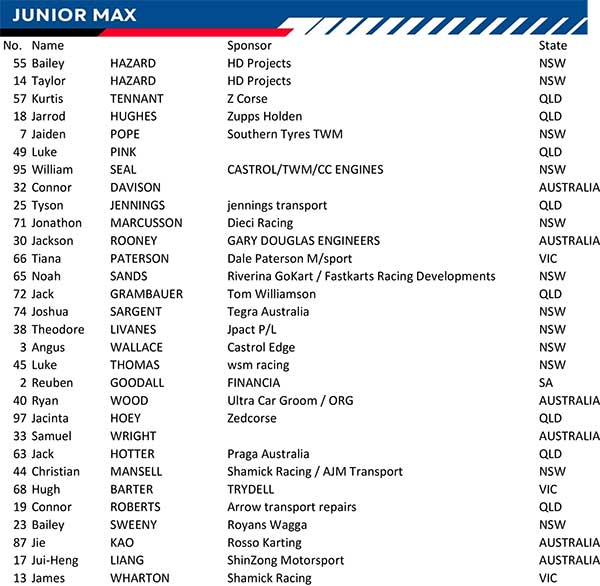 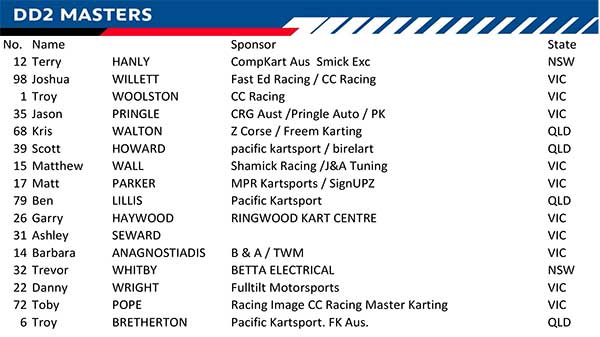