HOLIDAY WAKEUP – Don’t wait until your holidays are over – round 1 Rotax Pro Tour entries close THIS WEEK! Friday the 5th at 11:59pm to be exact, and IKD inform us that it will not be possible to accept late entries, so get ’em in! Event information, Supp Regs etc are on the Rotax site HERE.

There’s also a bunch of other race meetings coming up to kick off the KA season: Junior Top Guns at Oakleigh (Jan 12 & 13), Summer Twilight Cup (Barossa, Jan 13), Newcastle (Jan 14), Young Guns (Launceston, Jan 20), Southern Sprint (Albany, Jan 20/21) plus the annual Ladies State Cup at Lithgow (Jan 19/20). First event in Queensland is scheduled to be the Australia Day Cup at Townsville on Jan 27-28. First Superkart event is at Phillip Island on Feb 10. Go to our Calendars page to access event regulations via the links to the various state organisation sites.

INDUSTRY / TEAM – The new Aussie kart brand KF Kart plan to field a team in the Australian Kart Championship. KF kart confirmed the intention on January 1, but has not disclosed which drivers or what classes. Likewise, it’s not yet known if KF’s Kip Foster will drive, or concentrate on managing the team. Later this year Kip plans to release the KF Kart in the United States at the SuperNats in Las Vegas.

EURO – Pedro Hiltbrand has returned to the CRG factory team for 2018. The Italian raced the black chassis for several years, winning three CIK-FIA titles in 2016 (OK World Championship, OK European Championship and KZ2 International Super Cup) before switching to Tony Kart for 2017. “I would like to thank Giancarlo, Marina and the whole CRG team for giving me the chance to be back” Pedro said. “CRG has been like a family to me in the past, and I am really happy for being again part of it. Karting is my life and CRG is part of my life. I hope I can give CRG some further great victories.”

OLT – Newcastle Kart Club will hold an Observed Licence Test at the circuit this Saturday, January 6. “Anyone interested please call Peter at the track on 0449 5333 299 as this will be your last chance before the first round of the club championship” – NKRC.

IS YOUR KID TALENTED? –  Can you tell if your child is talented? In the videos below, sport & coaching adviser Wayne Goldsmith speaks on how character, values, virtues and discipline are more important than early physical talent (this is the guy who ran a workshop for Kartsport New Zealand at the organisation’s 2017 conference).

And here’s another Goldsmith clip, “creating confidence in your child”:

TEAM SIGNING – Haase Karts Australia has announced X30 driver Brad Stewart will join the team for 2018. Stewart performed some serious testing with Haase over the New Year break. He had spent the previous two seasons with the Queensland based Patrizicorse team. “Brad felt it was time to make a change and with many teams and manufacturers chasing his services, we are over the moon to have him on board with Haase” the team posted on Facebook. “The new Haase X30 chassis is without a doubt a real game changer, with initial testing proving the chassis to be very fast and consistent. Like Brad, we are very confident it will be a most successful year ahead for all Haase pilots.”

GOLDEN OLDIES – The RKA F100 Owners Group has published a list of chassis that are registered with the group. Only registered karts can be used in their events, and there are now over 130 identified and registered karts. Formula 100 owners who have not yet registered their gear should forward the following details to: rkaf100chassis@gmail.com 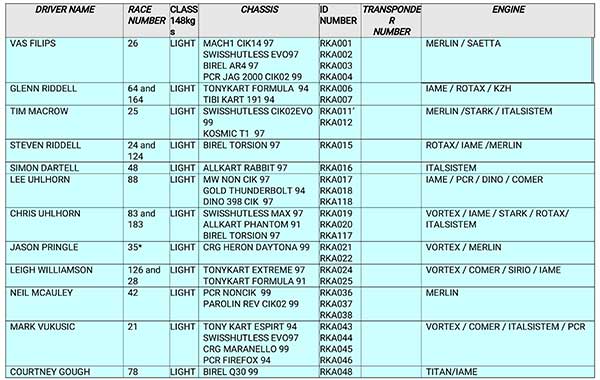 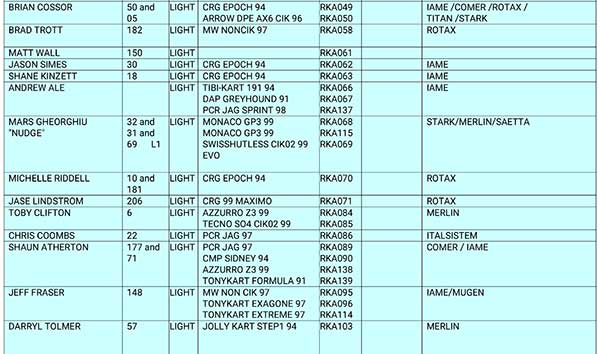 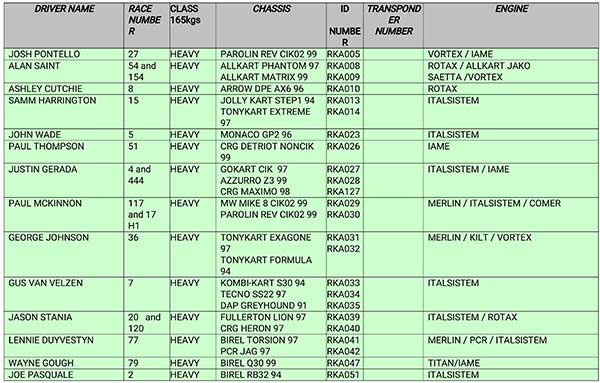 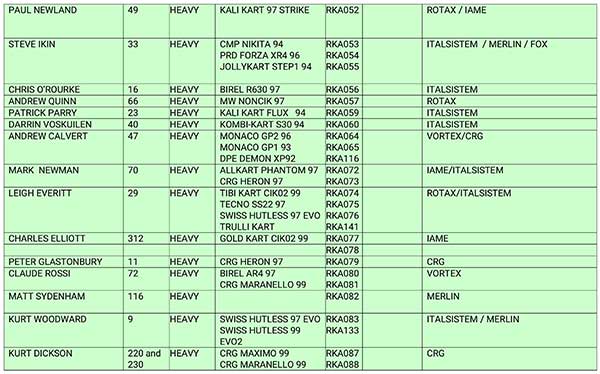 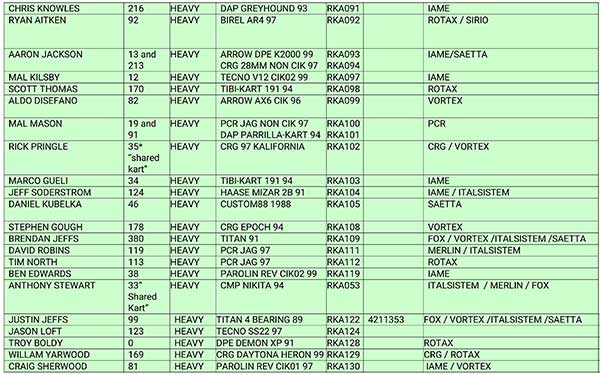 STREET KART – Street Kart is set for an iOS-only launch and will go public beta in early 2018. Players start in 50 mph Cadet karts and work up through various classes including X30 and Pro1 (OK engines).