Firstly, apologies for the gap in news posts last week, plus poor performance of the site. A technical issue (hosting company screw up – we’ve now ditched them and gone elsewhere) caused loss of data and email services for KartSportNews, plus other sites I run. There are still a couple of email issues being sorted, but the site itself should now be fine.

If you’ve sent an email in the past week but haven’t heard a reply or had the information published, let me know.

TORINI TRADERS – Austech Industries has revealed the organisations that will bring the Torini Clubmaxx 210 4-stroke engine to market. Motors will be available from December 11 via the retail networks of DPE Kart Technology, Patrizicorse, JC Kart, St George Karts, KnK and MCM. 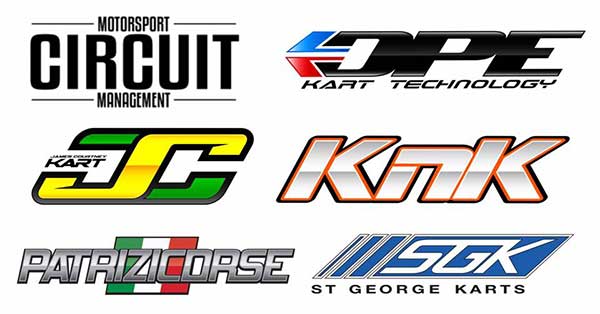 Jason had been on the waiting list for a multi-visceral transplant (stomach, liver, duodenum, pancreas and small bowel), but those plans were thwarted a while back due various cancers he had to endure.

“All of this has put my transplant ambitions on hold, but even if I never get the benefits I dream of from them, I hope others will,” McIntyre said two years ago in a Herald-Sun interview (read that HERE). “There’s not much I won’t do to help publicise the need for greater organ donation in the community.”

The McIntyre family were regulars in Sprint karting for many years before switching to Superkarts.

A celebration of Jason’s life will be held this Thursday December 7 at 11.00am at Bunurong Memorial Park in the Stratus Reflection space (790 Frankston Dandenong Road, Dandenong South). The service will be followed by a burial and then refreshments. In keeping with Jason’s love of the colour, his wife Sally requests people wear a ‘touch of red’.

VIC CALENDAR – Karting Victoria has published a provisional 2018 race calendar. The Victorian Kart Championship is over 2 rounds, the Golden Power Series and Country Series are each six rounds and Mildura will host the Victorian State Cup at the end of the year. Inspect the calendar it HERE.

NSW CALENDAR – Similarly, NSW has published a 2018 calendar, though this one is marked as Final.  View it HERE.

EVENT – Junior Top Guns at Oakleigh is set to start the 2018 KA karting season on January 12 and 13. The Friday-Saturday event has a new Arrow kart up for grabs, plus $10k of cash and prizes. There’s 10% off accommodation at the Dingley International if you book & pay by December 31st. 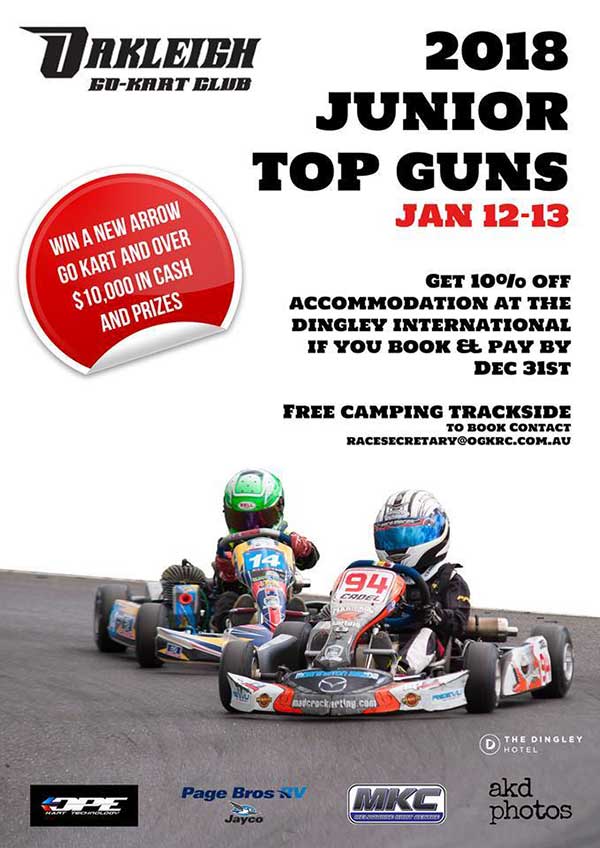