Leading Australian kart team Patrizicorse has confirmed it will enter a team in the 2018 CAMS Jayco Australian Formula 4 Championship. 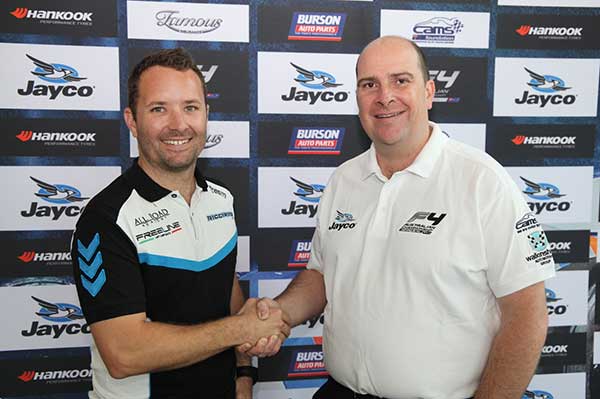 “I’ve kept a close eye on the championship since its inception a couple of years ago, and as a team we feel ready to make that next step into Formula 4,” Patrizi said.

“It’s a good fit for us as an extension of our karting programme. Formula 4’s a logical step for the karters in our team to aspire towards and to stay in familiar surroundings. We certainly will be racing to win but our over-arching aim is to nurture young Australian talent.”

“It’s a great endorsement for our category to have one of Australia’s top karting teams join the CAMS Jayco Australian Formula 4 Championship,” Smith said.

“Karting is a critical component of our driver development pathway and we’re honoured to have a team like Patrizicorse eagerly joining our Formula 4 Championship next season.”


Patrizi also confirmed the squad has purchased a car outright and signed a driver, to be named at a later date, with the intention of running a second car.

The Queensland based squad was established in 2012 and has since become a powerhouse in Australian and international karting competition.

Alongside its strong karting pedigree, the squad is no stranger to circuit racing with Patrizi previously competing in the Porsche Carrera Cup Australia series in 2014.

The arrival of Patrizicorse expands Formula 4’s suite of teams to five, including the likes of AGI Sport, Team BRM, JRD and Zagame Autosport.