130 of Australia’s best kart racers are heading to Albury for the final round of the Rotax Pro Tour, which will see no less than 14 competitors selected to represent Australia at November’s Rotax Max Grand Final Challenge in Portugal.

The event also doubles as a memorial for New Zealand Supercars star, Jason Richards – who succumbed to cancer in December 2011. 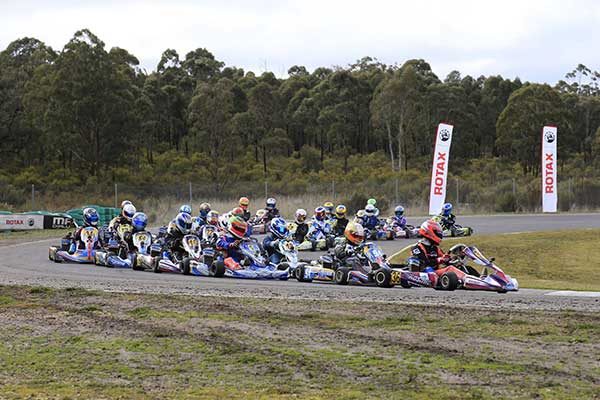 “Jason was a great friend for many years and our company worked closely with him, so this is our way of honouring his memory,” said Black.

“Each year, it is something that is highly anticipated. He came to race with the Rotax Pro Tour in 2010 which was very warmly received by our competitor base.”

“We have eight New Zealanders coming to Australia this weekend, which is typical for each round of the Pro Tour, so there is a great competitive bond between our racers from both nations.

“We also get the chance to announce Team Australia at the completion of the weekend. It is the second time we’ve appointed a Team Captain who will lead our country exceptionally.”


The big prizes though are trips to the World Finals and there are some titanic battles going on to secure placings as part of the Australian team. The challenge for competitors will be taking to the extended Albury-Wodonga layout – the first time that the circuit has been used for a national level karting event since being expanded at the beginning of 2017. The Club has been working overtime to ensure that the circuit is in top condition for the event.

The elite DD2 category will be a battle between six drivers for three spaces in the Australian team. The Series is headed by Canberra-based Joshua Fife – who two weeks ago wrapped up his first Australian Championship in another category. He’ll be challenged by Cody Gillis, Ryan Kennedy and Nathan Tigani (who represented Australia at last year’s World Finals), Joshua Car and Josh Drysdale. 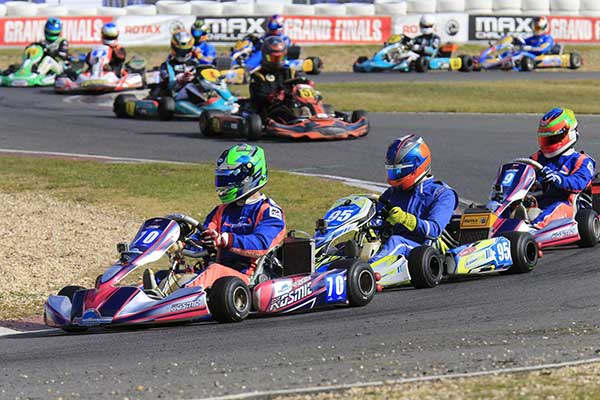 Victorian, Bradley Jenner has all but secured his trip to the World Finals in Rotax Light. Should he remain in the top two, he will make his third appearance at the international event. Behind him, the battle is on for the final two places with no less than six drivers in with a mathematical chance of boarding the plane to Portugal. Last round winner Cody Brewczynski is locked in a battle for second with Cameron Longmore, whilst Newcastle driver, Jordan Pike, round two winner from New Zealand Madeline Stewart, Troy Morrissey and Kyle Bonser all have a chance to make the top three.

Local drivers, Codey West and Bret Mullavey will be looking to apply their strong home knowledge to the test against 30 of Australia’s and New Zealand’s best in the Light category.

The Junior Max field has been red hot throughout the season with Australia’s best fighting it out. Queenslanders, Harrison Hoey and Jac Preston have shown consistency to lead the points heading into the weekend, while Kiwi Ryan Wood holds the third placing. Wood will be challenged by Broc Feeney and Jayden Pope for the final spot on the Australian team.

With Australia possessing the current World DD2 Masters Championship, the battle between four drivers for three placings promises a lot this weekend in Albury. Troy Woolston is on target for yet another appearance at the World Finals – he’s become somewhat of a veteran at the event. Set to join him is Queenslander Scott Howard, whilst the final place will be a battle between former V8 Utes road racing champion, Kris Walton and Gold Coaster, Troy Bretherton. Walton is completing two classes this weekend doubling DD2 Masters with Rotax Heavy. He currently leads that pointscore in the race for a new Exprit kart chassis and Rotax Max 125 EVO engine. He and Chris Farkas have been at the head of the battle all season long and that is expected to continue in Albury. Local Wodonga driver, Casey Fenton is expected to mix the field up, so too Newcastle based brothers Zac and Sam Van Leeuwestyn.

The youngest competitors in the Rotax Pro Tour, Micro Max – for drivers aged seven to nine, will attract just one driver to Team Australia. Shamick Racing’s Harry Arnett has amassed an astonishing record this season – topping 25 of the 30 official sessions (qualifying and racing) in the category. He holds a 700 point advantage over New South Welshman, Jake Rutkowski, who is still holds a slender chance of winning the Series.

Victorian, James Wharton’s incredible run of consistency throughout the 2017 season continued in the Mini Max Rotax Pro Tour points standings. After winning last year’s series, he has wrapped up this year’s Title with this round to go – thus making his second appearance at the World Finals before moving into Junior competition next year. His challenges will come from several competitors keen to one-up Wharton at the last race of the year, including his Shamick Racing team-mate, Hugo Simpson, New South Wales’ Bailey Hazard and one of the nine female racers taking part this weekend – Aiva Anagnostiadis. 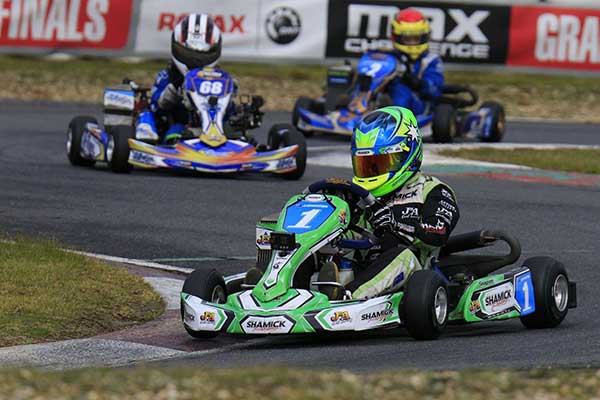 The battle for a new Exprit chassis and Rotax Junior engine in Junior Max Trophy will be a fascinating one. Whilst Russell Mayo holds a healthy points lead, there has been a struck match between him and fellow New South Welshmen, Jonathon Marcusson and Angus Wallace all season. The trio are expected to continue their fight at the final round – throw into the mix Jacinta Hoey who has shown speed on occasion throughout the year and a group of strong youngsters in the Rotax Pro Tour’s ‘single-make’ chassis class and it will be a close battle.

The Rotax Pro Tour, presented by Racer-Inc begins on Friday with practice before qualifying and heats from 8am Saturday and finals on Sunday from 8am. Entry to spectators is free. The Albury-Wodonga Kart Club is located at 102 Sheathers Road, Wodonga.

More information about the Rotax Pro Tour can be found at www.rotax.com.au or at www.facebook.com/rotaxprotour.