Two Aussies are competing in the International KZ2 Super Cup in Germany this weekend that supports the KZ World Championship.

Two Kiwis, Dylan Drysdale and Daniel Bray, are also competing in KZ2, both with the works GP Karts team using TM engines (read more about the Kiwis in the earlier post HERE).

from the CIK-FIA press release

As for the engines, TM Racing dominates significantly with more than 75% of the field in front of Vortex (15%), with Modena Engines, LKE, Parilla and DEA sharing the remaining 10%. This distribution could be one of the key elements of the Competition.

KZ: EVERYONE IN PURSUIT OF DE CONTO

The 2016 World Champion and 2017 European Champion, Paolo De Conto (CRG / TM Racing / B’stone) is the favourite for the CIK-FIA World KZ Championship at a track where he has already won many times. However, the exceptionally large entry (44 Drivers) at Wackersdorf has enough novelties to ensure that the outcome of the World Competition will not be predictable in advance.

KZ2: A NEW LOOK CONDUCIVE TO THE SHOW

The CIK-FIA International KZ2 Super Cup has rarely promised such an attractive program. With 118 entries, there is no risk of a lack of contenders. Many European Championship leaders, mostly factory Drivers, migrated to KZ for the occasion, opening the door for the revelation of new talents among the amateurs, which corresponds to the philosophy of the KZ2 category.

Tom Leuillet and Rokas Baciuska (Sodi / TM Racing / B’stone) appear after a convincing European campaign, along with Adrien Renaudin (Sodi / TM Racing / B’stone), a tightrope walker in the rain in Sweden. On their home soil, Germany’s Maximilian Paul (DR / Modena Engines / B’stone) and Alexander Schmitz (Tony Kart / Vortex / B’stone) certainly have a strong card to play. But with 21 Qualifying Heats on the programme, surprises could very well happen in the list of finalists as well as in the fight for victory. 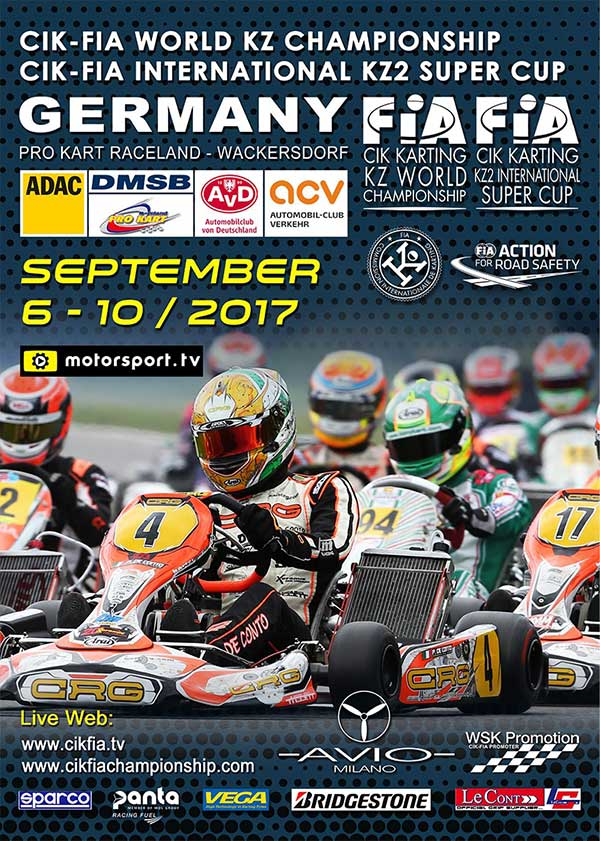