The 2017 European Championship event in Spain has been extremely tough on the machines and on the drivers. The Fernando Alonso circuit posed very difficult race conditions, beyond the current standards. However, the competition was superb and Team Birel ART finished in the top 10 in each of the three categories despite the difficulty of the event. A pole position, a fastest race lap and a podium also rewarded the work of the Lissone factory.

Marijn Kremers continues to face the top specialists in the KZ category. The young Dutchman began by taking pole position in Qualifying. Still on the pace in the Qualifying Heats, he gave way in the classification because of a dislodged spoiler penalty, but fought to the end of the Final to climb on the third step of the podium. Kremers continues to move up in the championship standings by returning to the top three.

In OK, Caio Collet was always been among the fastest of the Spanish meeting. After a good 6th fastest time in Qualifying, he was twice in the top three in the heats, but his score was lower with penalties. The Brazilian climbed back to the Final before being eliminated in a crash when he had joined the top 10. He still posted the fastest lap in the Final. Rasmus Lindh (Ricciardo Kart) caused a sensation by gaining no less than 16 places in the 22 laps of the Final, which allowed him to finish in 7th position.

The Colombian driver Juan Pablo Montoya, who won seven times in Formula 1, chose Team Birel ART Racing to start his son in international competition. For his first race in OK-Junior, the young Sebastian had the difficult task of lining up at the start of a particularly harsh competition in Spain. Thanks to his perseverance, he was able to gain 13 places during the Qualifying Heats and should approach the next event at Le Mans under better conditions.

Anthony Famularo performed very well in Oviedo, placing 21st at the end of the heats after his 33rd time in Qualifying Practice. He then completed an exceptional Final and reached 8th position with a gain of 13 places. Alessandro Famularo also progressed from 43rd in Qualifying to 21st position in the Final, confirming his constant progress in a very competitive category.

Despite the very difficult conditions of the Oviedo competition, Team Birel ART Racing again confirmed its progress in each category. The team’s work continues to bear fruit thanks to the effective support from TM Racing, Macháč Motors and GFR Engines in terms of engines. The next meeting of the European Championships will take place at the beginning of July on the Le Mans circuit for the categories OK, OK-Junior and KZ2. 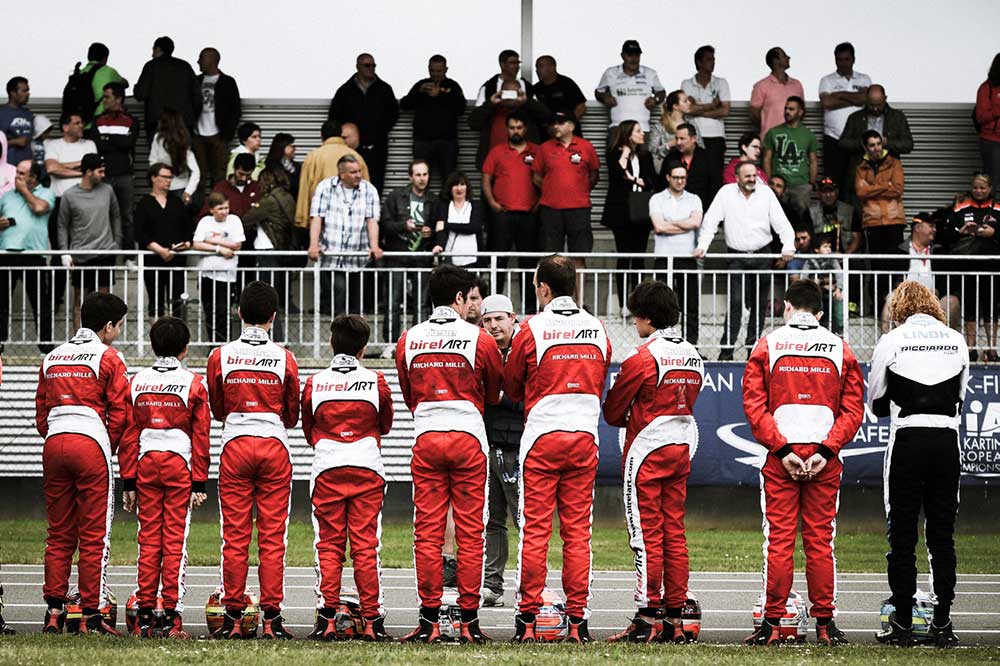 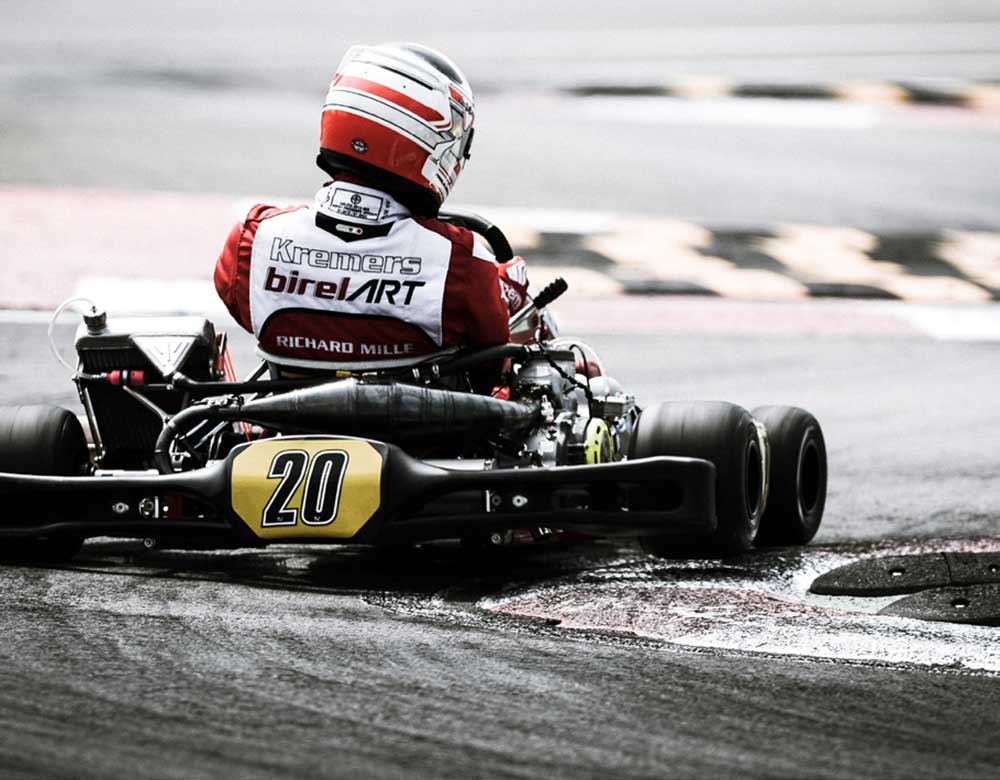