karting info from here and abroad…

DPE Kart Technology has announced the expected release date for the new X5 chassis – specifically the KA3/TaG version – will be in September. “The team at DPEKT with the help of many karting experts, have devoted so much time & effort into developing the best DPEKT product produced to date” the company wrote on social media. “It will deliver significantly improved performance on track at a very affordable price, with extras to be confirmed.” Pre-orders can be placed via email (sales@dpekt.com) and if you include your name, class, brand and local dealer, DPE will contact your dealer for confirmation prior to production.

The Supp Regs are not available just yet, but keep in mind the annual City of Melbourne titles are coming up in August! This will be the 33rd consecutive edition of the event, making it one of Australian karting’s longest running standalone race meetings. Takes place at Todd Rd on the weekend of August 12-13. Stay tuned for updates…

Check out how aggressive the drivers were using the chicane kerbs on the Fernando Alonso circuit on the weekend. We hear there were some wrecked chassis after that round… Ralf Schumacher, who runs a team in the Championship (and owns his own circuit), was critical of Alonso’s track. Alonso fired back in typical feisty fashion – read his response HERE.

The WAMS (Women in Australian Motor Sport) Junior Development Scholarship program is open for 2017/2018. Five female drivers have benefited from this program so far, the most recent being NSW karter Beck Connell who was the 2016/17 recipient. Applicants must be female, hold a current KA or CAMS competition licence and be between 15 and 24 years of age as at 1st July 2017. Application form, further criteria and details can be found on the WAMS website HERE. Applications close Sunday, June 25. 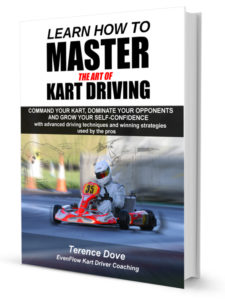 Don’t forget the special deal for Australian residents on the new karting book “Learn How To Master The Art Of Kart Driving”. Written by successful karting coach Terence Dove, the publication is a real tool chest of helpful hints, ideas and information for any kart driver who wants to improve their game. Available now in print or Kindle eBook, click HERE for further information.

Mildura Cadet racer Brock Hand is back racing, competing at the Victorian North West Titles at Mildura on the weekend. The family’s kart trailer was stolen and set fire to by thieves earlier in the year. Karting Victoria reports Brock put in a great return drive on his home track, taking third place in Cadet 12. “Well done to everyone that got around Brock and his family, it was great to see everyone in the karting and motorsporting communities get around one of our own and help get them back into the sport they love!”- KV. Some of those who helped include Total Tools, Tony Kart Australia, Penrite Oil Australia, Mildura business the Cider Tree Mildura Ale House and Kitchen, Bruce Ginn Jewellers, and the Victorian Historic Racing Register who had the Hand family down at the Phillip Island Classic Festival of Motor Sport meeting. Brock even received a personal letter of encouragement from Mark Webber.

Bendigo Kart Club has cancelled the Gold Cup meeting that was scheduled for this Sunday due to a lack of entries. According to the Bendigo Advertiser website, the club is trying to recruit more members and volunteers, especially younger drivers for the Cadet classes. “We need more members in general, but we are low at the moment on the little drivers in the Cadet 9s (aged 7 to 9) and Cadet 12s (aged 9 to 12),” club secretary Kirsty Mullen told the site. Read more HERE.

Due to the growth of their Formula 100 class, RKA will offer just two support classes at the organisation’s F100 Cup National Final at Stony Creek – TaG 125 Light and TaG 125 Heavy. The event is the third and final round of the Retro Karting Australia Championship. “We already have 35 F100 karts and there’s still three months to go” RKA’s Vas Filips told KartSportNews. 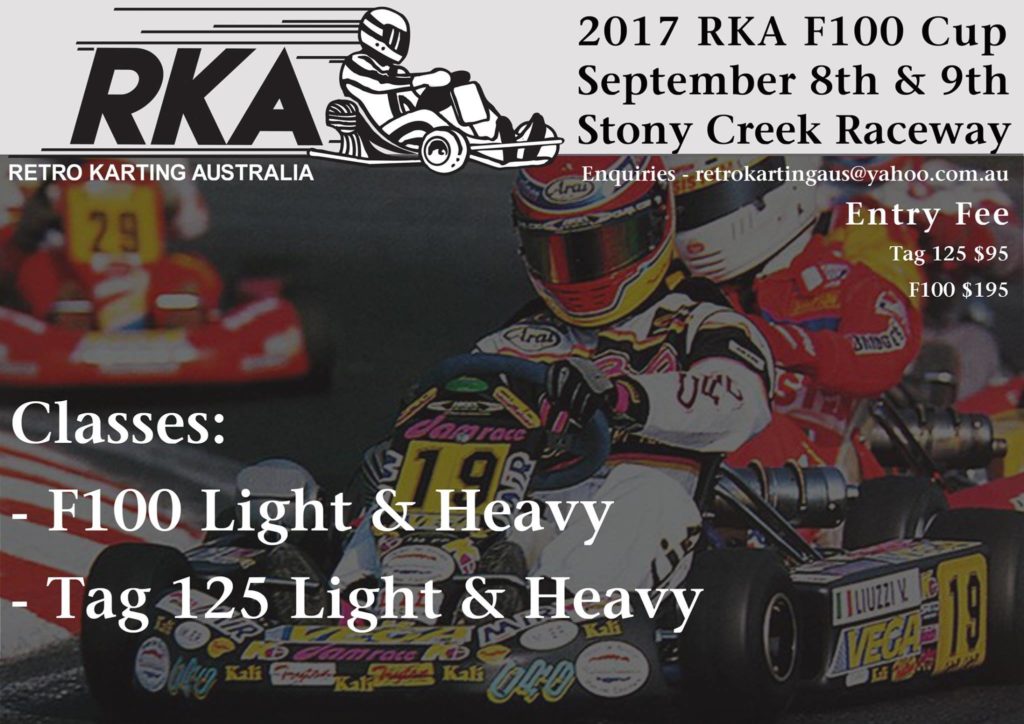 Yarra Valley Speedway Kart Club has cancelled this Sunday’s race meeting at Drouin. “Unfortunately due to a few circumstances the Committee has decided it is in the best interests of the club to cancel Sunday’s race meeting at Drouin” the club advised. “We are currently working with Drouin to secure dates for next season. We would like to thank everyone for their support this season and look forward to the new season.” Sales of tickets for the club’s Presentation night close this Saturday, June 17.

The Circular Head Kart Club in Tasmania will be holding a karting event as part of the 2017 Australian Masters Games. To compete, drivers will need to enter both the Masters Games (www.australianmastersgames.com) as well as the CHKC meeting on the KA CMS. Early Bird registration closes August 11. Minimum age to compete is 30 years (as at 31 December 2017) and there will be various age groups (30-39, 40-49, 50-59, 60+) for various classes (KA3, KA4, TaG and TaG R). Further info via Circular Head Kart Club’s Stuart Wells – 0438 079 793. 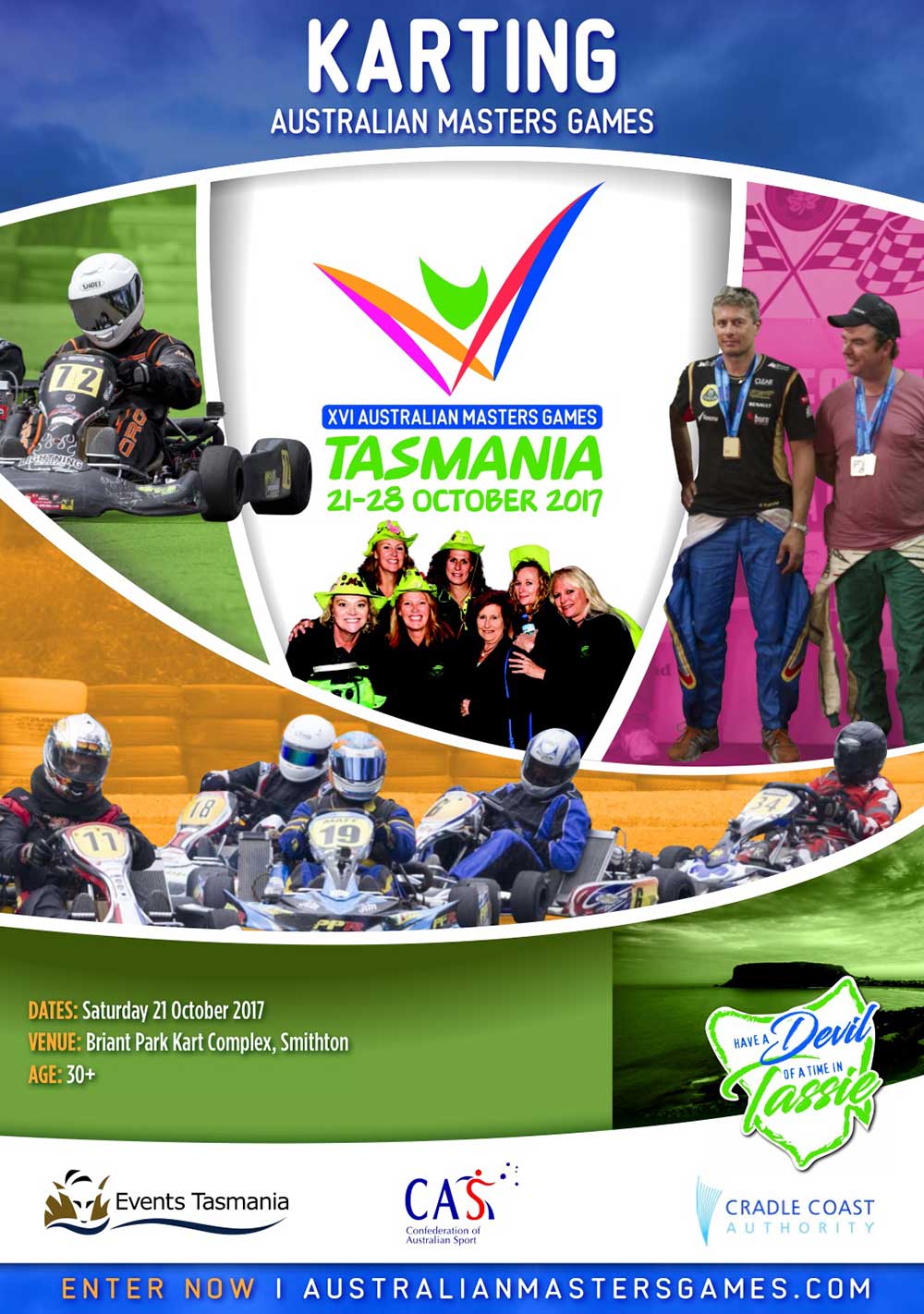 Videos – UK Super One Round 5 at Clay Pigeon: