Australian karters Jack Doohan and Flynn Jackes are competing at Fernando Alonso’s race track this weekend in the Spanish round of the European Championships.

The official CIK-FIA preview for the round is below. The entry lists, plus links to live timing and streaming across the weekend, can be found HERE

Vroom is reporting that Tony Kart’s Marco Ardigò has already withdrawn from KZ, the rib injury that took him out of the opening Euro events still not resolved. 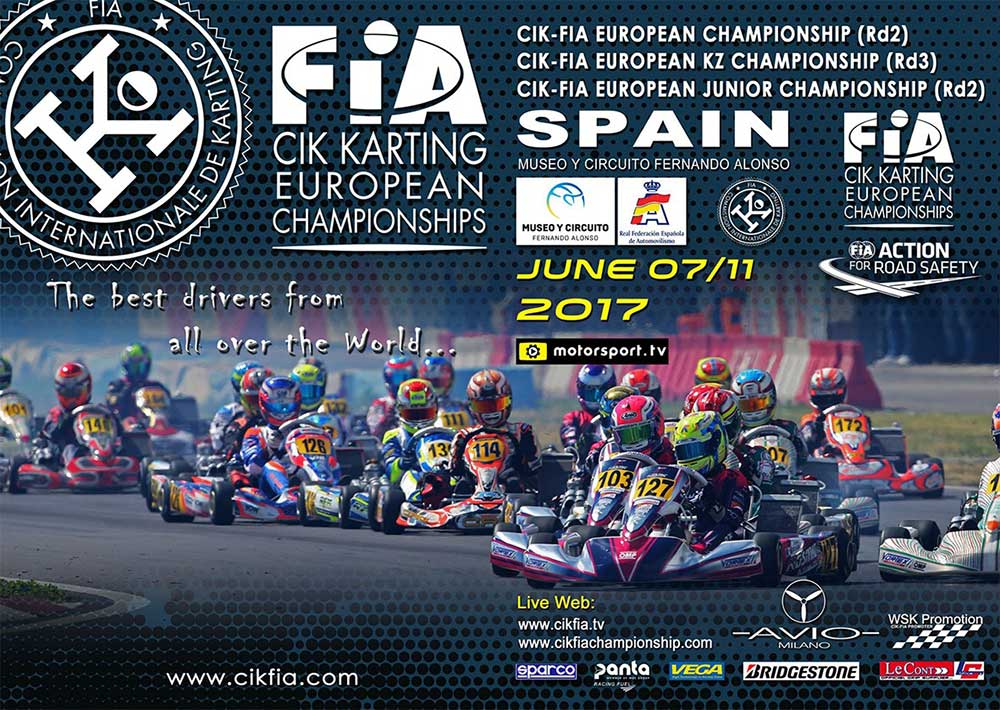 The next CIK-FIA Competition will bring its participants to the new Fernando Alonso circuit, located in the Spanish region of Asturias, for the 2017 CIK-FIA European Championships. As the season has just begun, the positions are far from being definitive in the three categories in contention and bitter battles are expected at all levels in Spain.

Opened in July 2015, the complex of La Morgal, near Oviedo, was born from the will of the double F1 World Champion to create a venue dedicated to motorsport near his hometown of Oviedo. The Fernando Alonso karting circuit is integrated with a complex also including a driving school for youngsters and a museum retracing the career of the “bull of Asturias” as he is nicknamed by his fans. The 1390m long CIK-FIA-approved track features characteristic passages from several prestigious tracks such as the Suzuka “S” curves, the first curve of Jarama and the last curve of Valencia, as well as the chicane from the legendary Parma track, the epitome of karting which has now disappeared. Everyone is eager to enjoy these new features in race conditions.

The weekend of 10th and 11th June 2017 will be part of the CIK-FIA European Championships with 160 Drivers entered. This will be the third of the four European Competitions for the factory Drivers in KZ, while the OK and OK-Junior categories will compete in the second Competition of a busy season, which has five Competitions to decide the titles.

There are also changes expected in the CIK-FIA European Junior Championship, where Drivers from 12 to 14 years of age have competed since this year. Jonny Edgar’s (Exprit / TM Racing / Vega) victory in Sarno allowed him to take the lead in front of Gabriel Bortoleto (CRG / Parilla / Vega) and Harry Thompson (FA Kart / Vortex / Vega), while Zak O’Sullivan (FA Kart / Vortex / Vega) and O’Neill Muth (Zanardi / Parilla / Vega) have made their mark in the top five. Many confrontations are expected in the Spanish Competition in the OK-Junior category, and the hierarchy is far from final.