The Sodi World Series Finals were held in France recently and a bunch of Australians contested the event.

Clay Seabourne was classified 46th of the 79 drivers from around the world who contested the Sprint Cup, finishing 6th in Final 3. He was earlier ranked 53rd after the heats.

The unmissable event for the world’s top leisure karting drivers

Qualified over the 2016 season of the Sodi World Series out of 43,000 drivers, on more than 200 different partner circuits in more than 50 countries around the world, on 26th and 27th May 2017 the 280 best leisure karting drivers on the planet ended up at Racing Kart de Cormeilles for the 8th edition of the Sodi World Finals, the benchmark world event for leisure karting.

“It was a great even once againt!” said Bertrand Pignolet, Managing Director of the Sodikart Group. “Year after year, the Sodi World Series confirms the relevance of the concept devised by Sodikart in 2009 and the enthusiasm of the participants is increasing all over the world. Maximising the competition with the latest equipment and tight organisation is a great achievement for our company. The 2017 World Final fulfilled its promises over the two hard-fought days of competition. The talent of the drivers present this year has nothing to envy that of the greatest international champions and the general atmosphere of the event has no equivalent at this level. I would like to warmly congratulate the 3MK Events and the RKC teams who worked in harmony with constant efficiency. Thank you to all the participants, and to their many companions, for this great festival of karting and I look forward to the 2018 edition!” 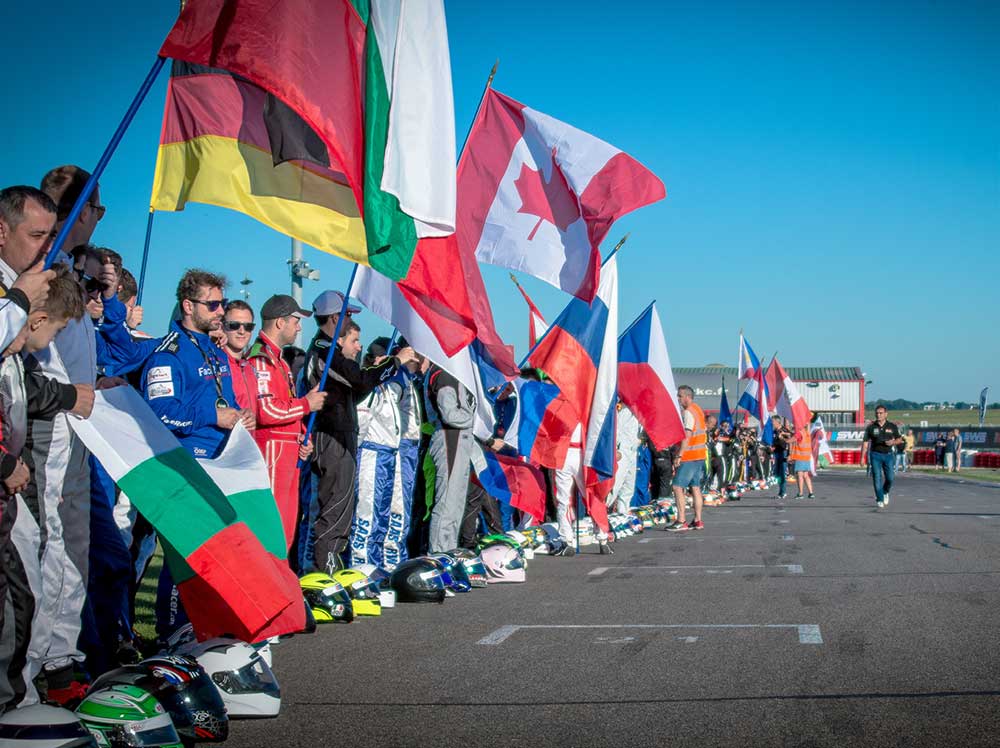 With 280 drivers, 35 nationalities and five continents represented, 56 free practice and qualifying sessions and 31 races alternated on the three RKC tracks, the very technical 1000m track and the 1200m fast track used in both directions, a hundred Sodi karts brand new from 200cc to 390cc, the RX250, LR5 and SR4, and more than 50 people in the teams of 3MK Events and the RKC to ensure the success of the event during 36 hours of non-stop competition. There was live international media coverage from Paris on the internet and social networks, the 2017 Sodi World Finals have no equivalent in the world of karting.

The Sodi Racing Team puts on a show!

The two official Sodi Racing Team drivers, Anthony Abbasse and Bas Lammers were on hand to put on a show on the track with a spectacular demonstration at the wheels of their powerful Sodi / TM 125cc gearbox karts. These two champions, who are currently shining at the highest level of the international competition, have proved to be formidable showmen by making incredible figures in front of the dumbfounded spectators. Also available throughout the event, they also carried out unforgettable baptisms on track in the two-seater Sodi 2-Drive karts.

The competition enjoyed very good weather and temperatures as high as the motivation of the participants to shine on the track. 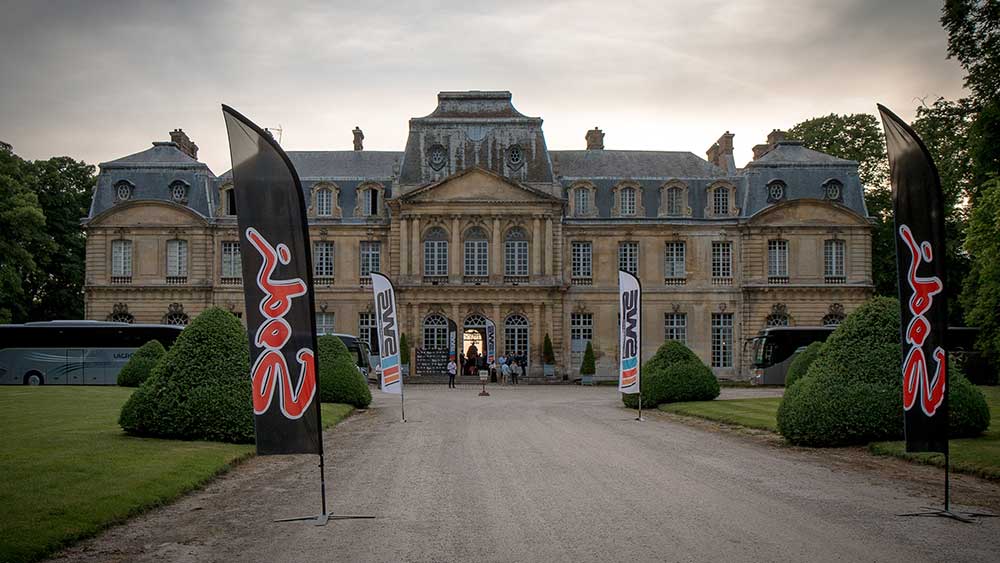 4th victory for Caprasse in the Sprint Cup

Raced on the powerful Sodi RX250, the Sprint Cup confronted experienced drivers and talented newcomers, aged 15 and over, on a grid of 80 skilled contenders. The Belgian Kevin Caprasse from East Belgium Action assured his dominance during the qualifying stages while the Frenchman Adrien Spinelli of RKC and the Bulgarian Nikolay Varbitzaliev of Sofia Karting Ring followed closely.

In the World Masters Super Final, Caprasse progressively distanced his rivals Varbitzaliev and Simon Delvenne (BEL-Karting Eupen) in the fight for 2nd place. The title of SWS World Champion was awarded to Caprasse for the 4th time thanks to his indisputable victory. Despite a scramble on the first lap, Delvenne climbed from 8th to 2nd place as he did in 2014 and 2016, while Varbitzaliev managed to secure a place on the third step of the podium. Rémy Ychard (FRA – Kart 56) and Ventislav Vassiliev (BGR – Sofia Karting Ring) completed the top five.

The 40 young drivers, aged from 11 to 15 years, who had qualified for the 2017 Junior Cup were divided into two groups according to their weight to give even more equity in an age group where the drivers grow rapidly. All participants competed on Sodi LR5s equipped with 200cc engines weighted accordingly.

In Junior, the Russian Alexandr Vasilenko (Mayak) dominated the qualifying stages ahead of Frenchman Mickael Mota of Aerokart and Italy’s Giancarlo Gadoni of PG Corse. Christian Douven (NLD – Karting Eupen) faced Vasilenko at the start of the World Masters Final, while the fight for 3rd place gave rise to great battles. Douven was able to resist Vasilenko’s constant pressure to the end and won the envied 2017 SWS Junior World Champion title by two tenths of a second. Margot Romelli (FRA – GP Circuit) managed to escape from the peloton to take a superb 3rd place in front of Cadoni and Mota. 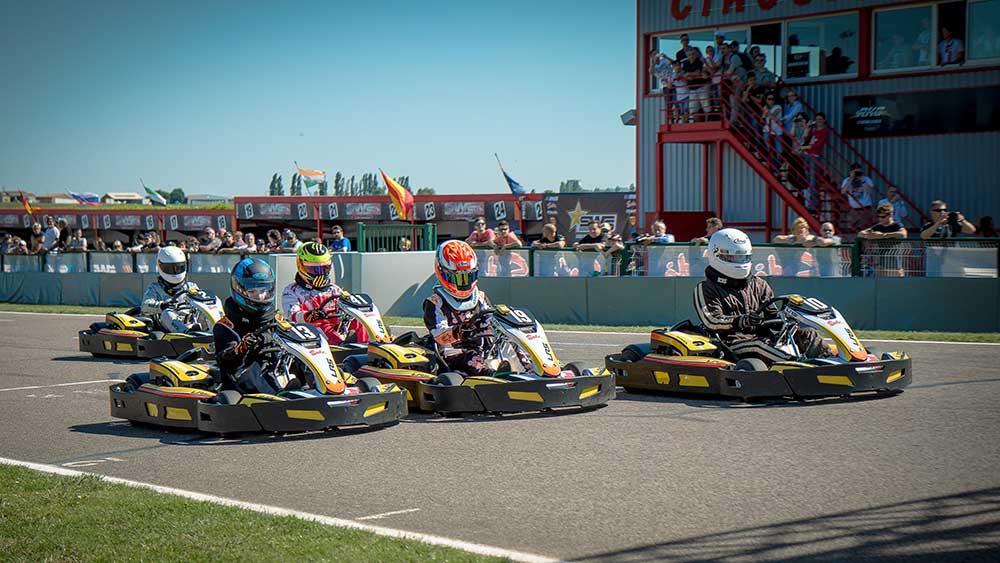 Organised overnight from midnight to noon, the great race of the Endurance Cup gathered 40 teams on the famous Sodi SR5 with a powerful 390cc engine. From the “Le Mans” start after the fireworks, different strategies were used for stops and driver changes. CG Racing Pro (ARE – Dubai Autodrome) took the lead, then FPV (ITA) took the controls in the middle of the night. CG Racing Pro recovered 1st place in the early morning, even widening a big gap by completing longer stints than its opponents. Meanwhile, Batelco Racing (BHR – BIKC) maintained its bold plan and was relentlessly back to the front of the race in the last two hours. Modave Racing PPS (BEL – East Belgium Action) and PFV joined the final fight and there was an incredibly close finish between the four teams on the same lap, demonstrating the very high standard of driving and the unquestionable homogeneity of the Sodi equipment. 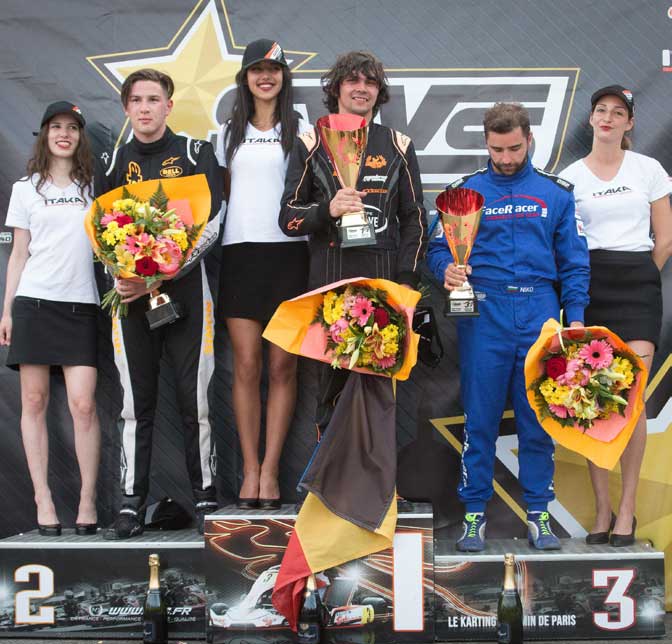 Numerous podiums celebrated the winners of the different phases of the competition throughout the two intense days of racing, before the champions were rewarded with a prize fund equivalent to €50000 at the end of the meeting.

On Saturday night, all the drivers and their companions were invited to a magnificent closing party in the prestigious Chateau de Champlâtreux, a property full of history built in the 18th century on an estate of 150 hectares. Bertrand Pignolet, Managing Director of the Sodikart Group, congratulated the 2017 champions on this occasion and thanked all the participants for a great event. The guests were then able to appreciate the refinement of French cuisine before enjoying the entertainment. Most of the participants were already thinking with stars in their eyes about their qualification for the 2018 edition of the Sodi World Finals. 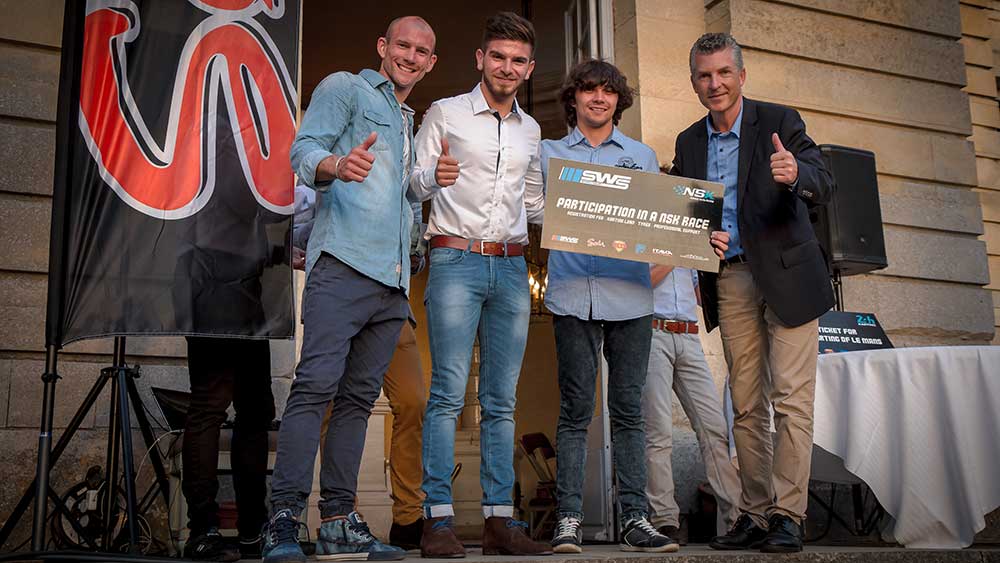 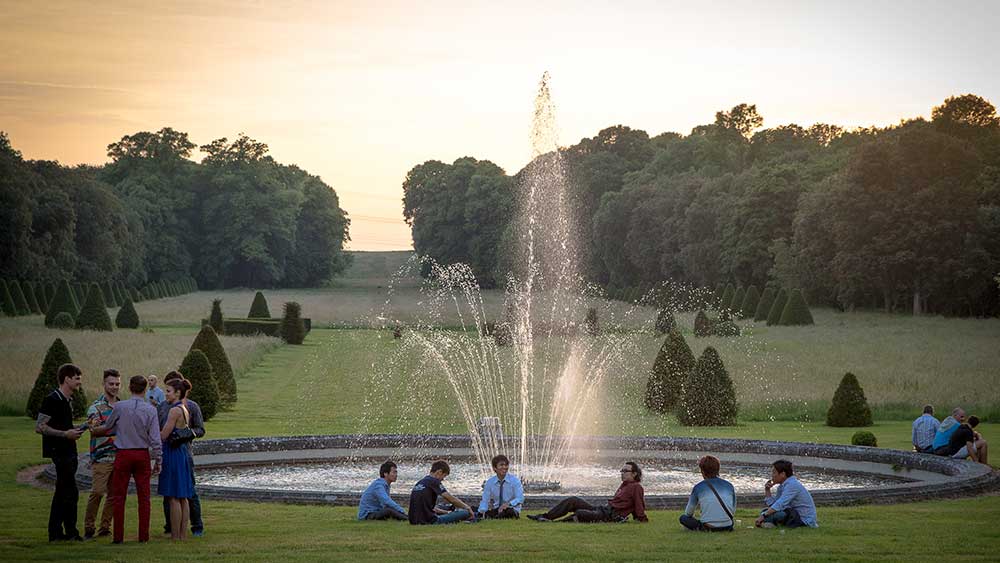