Jordan Ford has confirmed he will compete in all three rounds of the 2017 CIK-FIA European Superkart Championship.

The Victorian will kick off his campaign at Donnington next weekend (June 3-4) where he’ll defend the British GP title he sensationally won last year.

The Williams Racing team has put the deal together for the reigning Australian Superkart champion. After Donnington, the famed Assen TT circuit beckons in August at the Gamma Days Festival in front of 100,000 spectators. The final event is at the iconic LeMans circuit in October. Each weekend consists of two ’rounds’.

As per last year, Jordan’s race equipment is some of the best available, utilising the latest Maverick chassis sourced from Anderson Karts with a new DEA power plant installed and dyno run-in before the event.

Russell Anderson will again be in Ford’s corner tuning and preparing the kart at the three rounds.

Indeed it will be familiar surroundings for Ford, once again sharing a pit garage with current British Division 1 and 125Nat GP Champion Liam Morley.

Morley recently spent the British off season competing in Australia as Ford’s teammate at Phillip Island and Winton. Morley’s family run team will help with transport and logistics for the campaign.

“I can’t wait to get back to the UK” exclaimed Ford.

“We set a high benchmark for ourselves last time, which may be hard to replicate. There are so many quick guys winning races over there at moment; it will be intense at the front.”

“This is a wonderful opportunity” he added. “No Australian has ever run the full series, plus to race on tracks like Assen and LeMans are any racer’s dream. Hopefully we can do the country proud.”

In 2016 Ford became the first Australian to win the prestigious British GP race, also taking the third round of the European Superkart Championship at the same meeting.

Unknown before the event, pole position, lap record and race victories firmly set tongues wagging. Previously no Australian had ever been on a CIK Superkart podium, let alone the top step!

Local Dunlop distributors ALM will again support the project through their dk17.com.au brand with Jordan rolling on Dunlop’s DFS compound. Other sponsors Sunbury Collision Centre, A&R Fabrications, Slipstream Signs and Burbank Homes have also returned. Williams Racing would also like to welcome Peter Ford Catering, Calder Landscaping, Ring-a-Bin ! Marco Roofing Products and Brazilian Butterfly as supporters of the campaign. The team will also be lubricated with Rock Oil through their UK head office, a deal orchestrated by Australian Distributor Jason Crump who provides for the team locally. 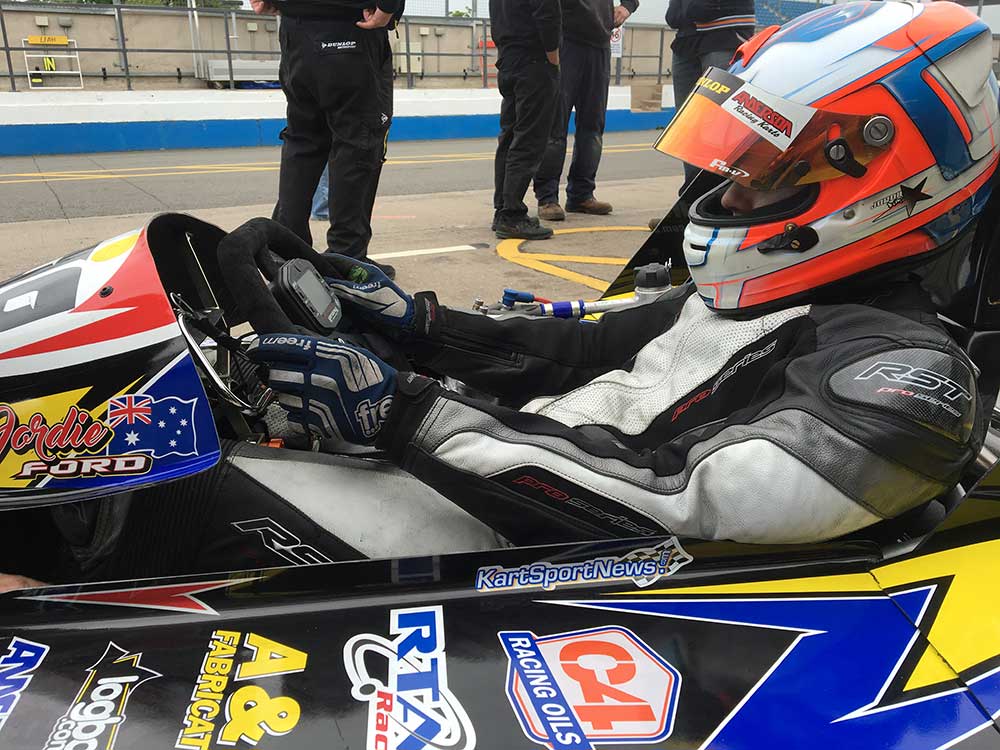 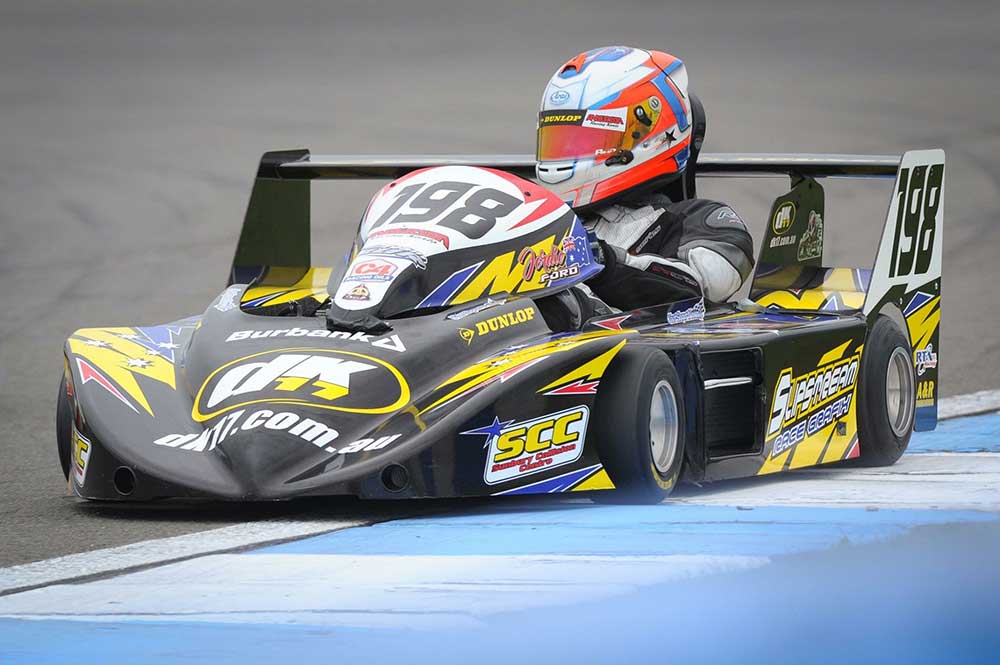