Technology has a way of choosing to be fickle, right when you need it most.

Therefore, it was not a surprise to rock up at Albury-Wodonga Kart Club and find that the large amount of rain North-East Victoria had received the night before had wreaked havoc on the club’s computer systems. At least, that’s what it seemed like. Perhaps the rain didn’t do it. Perhaps it did. But fortunately, thanks to the diligence and effort of the club’s committee members, the computers were fixed and the club day was once again ready to rock and roll. Or proceed. Whatever drives your go-kart. 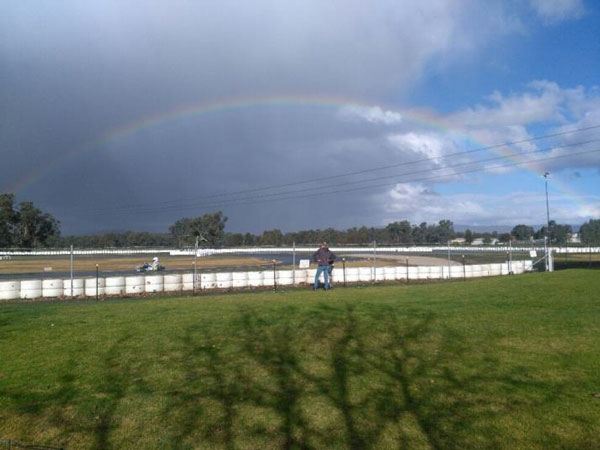 Meanwhile, as the voluntary committee members worked hard to restore the computers, the Karters spent the morning undertaking multiple practise sessions on a rain-soaked track, gaining valuable experience. It was incredibly slippery, and most of the Karters suffered from a multitude of spins, yet all of them looked like they were enjoying themselves. The computers then came back online, allowing the club day to properly restart.

Qualifying kicked off fairly quickly, and all the competitors powered around the damp track in an attempt to pull of the quickest lap times. By the time all four karting categories had completed qualifying however, the track was completely dry. 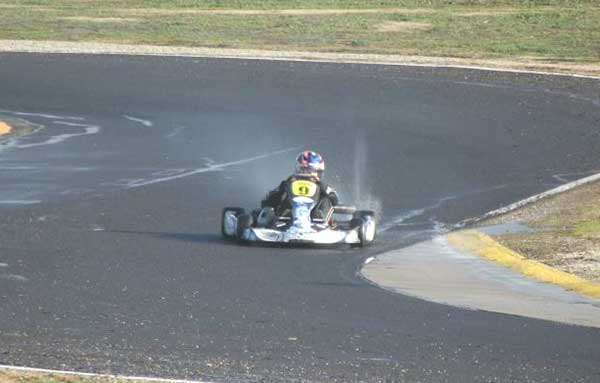 The day went on as normal, with all the racers fighting hard like any other day. Cadet 9s James Brett and Noah Dixon continued their season-long rivalry, scrapping away for the second step of the podium. Sol Alessi dominated the Cadet 9 category yet again, winning for the fourth time (out of five) this year.

In the Cadet 12 category, Blake Tracy drove hard in an attempt to make it past Anthony Alessi. In the final, Blake jumped Anthony when the green lights went on, and successfully stayed in front of him for about half a lap. Then Anthony, using his knowledge, skill and finesse, took the lead again, going on to win another club day. Yet both of them were a joy to watch, no matter their position.

The small class of Restricted Light only had three competitors; so, you’d think that would lead to a dull day for that category, but no. In heats 1 and 2, Alex Cattle snapped his chain leading to two unfortunate DNFs. In heat 3, an awesome lap 2 battle took place between Alex and Ron Lonsdale. All the way from turn 10 through to turn 6, the two karts held position within 2 feet of each other. It was incredible that they didn’t touch. Yet it was the final that was most astounding. All three Karters were consistently spread out when the torrential rain came down on lap 2. Then on lap 6 tiny hailstones fell from the sky for around 15 seconds. And then, on the last lap, it cleared. Poof. Gone. Just like my matching socks.

After that sudden shower, the sun came back out and a large rainbow arced across the sky. It was majestic. The damage however, was done: the track was wet again, and thus wet tyres went on for most of those in the KA3 Senior Medium and Restricted Medium classes. Other than that, it was a fairly simple day for that category. Stephen O’Hare won the day, with rival David Brett close in second. Meanwhile Andrew Cheal suffered a spin through turn 1 that bent his axle and ruined his day. 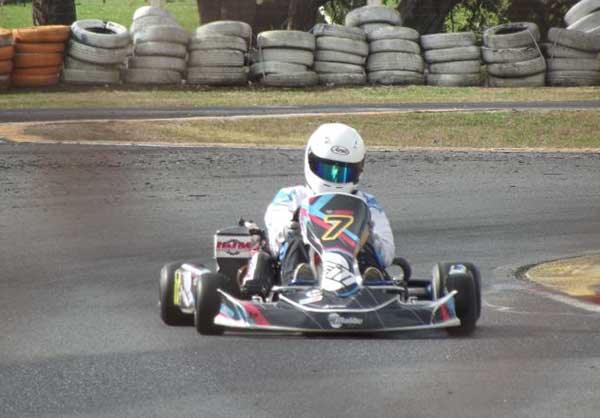 There is one more category that deserves a special mention: The Junior Light class. In it, there was a solitary runner, and his name was Toby Robins. What made his day extra special however, was the fact that it was his first club race. He was borrowing a club kart. In qualifying he punched out a 58 second lap, which went down to 55 seconds in heats 1 and 2 and 54 seconds in heat 3. His final was after the track had been drenched, and thus his lap times fell to 1 minute, 13 seconds plus. Yet he drove really well and only lost control of his kart once in his final; a considerable feat. Nice work Toby. 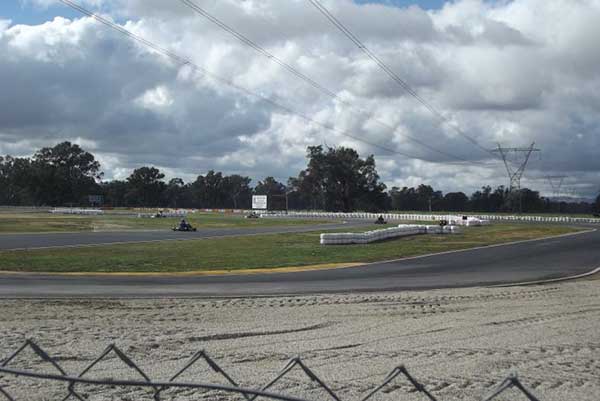 Finally, there are a couple of up and coming events to get excited about. The first is the fifth round of the Rotax Pro Tour on the 10th to 12th of August. During the final round, the winner of the 2018 Rotax State Title will be decided; so stay tuned. The other event is the KZ2s. The Super Series is coming to the border track of Albury-Wodonga on the 26th of August for the fourth round of the New South Wales KZ2 championship. Anyone see anything suspicious there? Yes, they are racing on a club day; merely as an extra class however. That should spice things up. 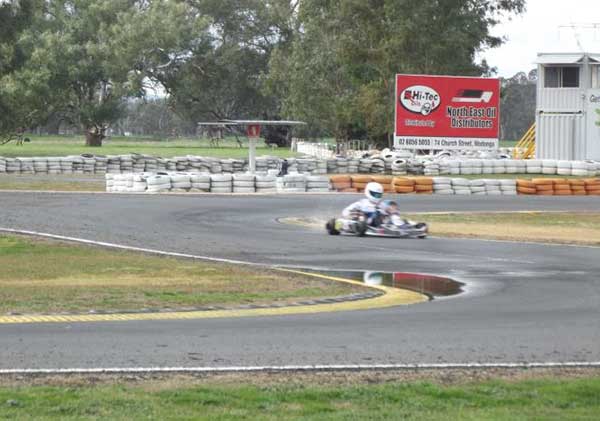 So, now that we’ve successfully covered the good, the bad and the ugly, it is time to wrap things up. The club day was, if I were to choose a word, well recovered. Oh wait, that’s two words. Never mind. You get the idea. The officials put in a gargantuan effort to bring the day back from the precipice that it had almost fallen into. They succeeded, and thus, we can now look back with content at the July club day, or look forward with anticipation to the next one. The August club day should be full of excitement, fun and thrills at AWKC. And I’ll see you there. 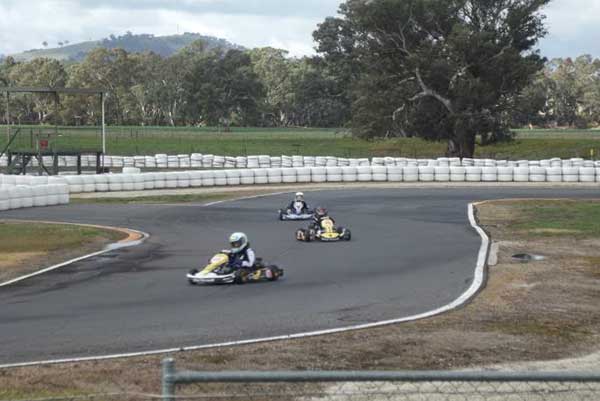 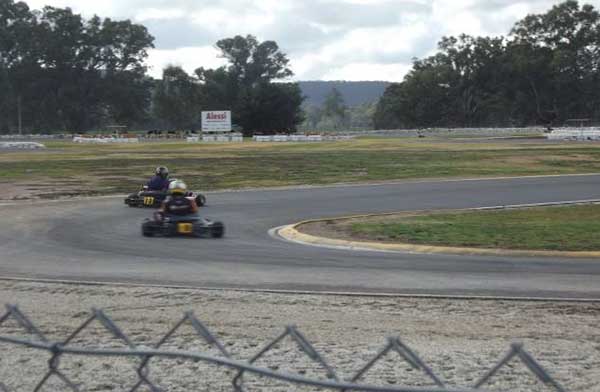