Grey number plates will be awarded to the winners of the 2018 Australian Kart Masters – rather fitting (or insulting?) considering it’s an event specifically for drivers 40 years plus!

Formerly known at the Coffs Harbour Over 40s Titles, the event has been re-branded and is a KA National Cup level race meeting. It will include a shootout competition, vintage demonstrations and feature class status for the category with the most entries. 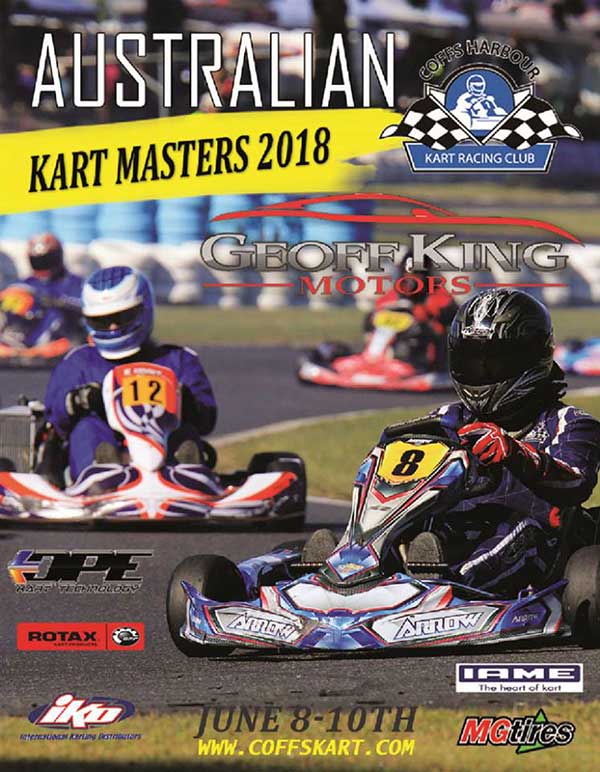 Looking for a karting event that specifically caters for those Competitors who are more experienced in life?

Then look no further than the 2018 Australian Kart Masters in Coffs Harbour, NSW on June 8-10.

The National Cup event incorporates 11 Divisions to cater for a wide variety of drivers aged 40 or over, and will also feature six multi-kart Vintage Demonstrations across the weekend.

Formerly known as the Coffs Harbour Over 40’s Titles, the Australian Kart Masters features more racing laps than its predecessor, a new Shoot Out Competition and also a Feature Class.

Each Class will compete in five heat races and a final with the exception of the Feature Class, which will be Class that attracts the highest number of Competitors. Drivers in this Class will contest six heat races, including a reverse top ten grid in heat four, and a final.

The Shootout Competition will see the fastest qualifier in each Division with eight or more entries invited to participate. The winner of the Shoot Out will be the Driver who sets a time closest to or betters their fastest qualifying lap time by the greatest amount.

The winner of each Division with eight or more entries will be awarded a grey plate. This Nationally recognised plate can be used at all events when the Driver competes in that same Class or Division Nationally until the completion of the following years Australian Kart Masters Event.

The presentation of awards will be held at the Presentation Dinner at the Sawtell RSL Club on the Sunday June 10. Tickets can be purchased in advance at the time of pre-entry of your Race Entry.