Well, the Komatsu 2018 Queensland Kart Championship was one to remember!

And the Mayor of Bundaberg is officially a member of Kev “THE NOISE” Davies team and a Karting fan!

Time to move onto the results in what was an amazing weekend of racing.

For the 2nd round result a fantastic drive in the final saw Max Acquasanta finish just outside the podium in 4th. It was a team Zcorse lock out from there, with #31 Jenson Burns finishing 3rd, #23 Jaxson Burns in 2nd, and a fantastic drive to take the win for round two by #68 “mad” Max Walton.

The top 4 result was actually repeated in the Komatsu 2018 Qld kart championship, Max Walton showing consistent driving was the key finishing every race in front.

For the second round result, one of the pre race favourites #60 Carter Mobbs just finished outside the top 3 in what was the only full wet race of the weekend after a late storm hit the Bundaberg track on Sunday. A brilliant drive in the wet from “The Ormeau Flyer Welzie” #25 Jack Wells to get 3rd. Even more impressive was the drive from the Race Wheels Australia entry #28 Lincoln Taylor who hadn’t long moved up into the class. But it was a fantastic win & a dominant display of wet weather driving from #11 Marcos Flack.

In the overall standings for the Komatsu 2018 Qld kart championship, it finished up:

Carter Mobbs just managing to do enough in the final to secure the blue plate by just one point.

For the second round result a great drive from #90 Riley le Garde saw him just miss out on a podium. The first of the podium positions went Corsa apparel driver #58 Annabelle Rolfo which was even more amazing after an early lap incident saw her shuffled right back into the pack. It was #57 Kurtis Tennant who brought his kart home second after a fantastic race long battle with #66 Ryan newton, just hanging on for the win!

Kurtis Tennant had done enough to take a very commanding position into the final.

For the second round result it was a story of oh so close for #27 Tommy Mitchell who was just beaten to the first podium position by #45 of Ty Spencer. Coming home second in this one, and well deserved it was too after driving the wheels off the #14 kart, was Bradley Balchin. It was an all weekend display of dominant driving though that secured #49 Luke Pink with the round victory!

For the second round result #5 Declan Mathews had bad luck this weekend after being one of the fastest on track and brought the kart home in 4th. The first podium spot of 3rd place went to #17 Lewis Herwin after a stellar drive in the final! #21 Joel Jamieson grabbed an excellent 2nd place, but the winner, and he had to fight for it all the way, was #24 Samuel Battye.

Great driving from Samuel Battye not only saw him win the round but also secure enough points to become state champion.

For the second round result local Bundaberg driver Wayne Ohl brought his #20 kart home in 4th place which would prove to be very significant. The #5 kart of Isaac Baldry managed a fabulous 3rd place, it was the #68 of Kris Walton coming home second, but an awesome drive from Ricciardo driver #29 “”Cool Hand “ Luke Lane that secured the win!

It was oh so close in the championship! In the end Whitsundays driver Robert Thorburn come so so close to getting enough points for the blue plate, but Bundaberg driver Wayne Ohl did enough in the final to hang on by the skin of his teeth and take the Qld kart championship.

For the second round result local Bundaberg driver #19 Ricky “the rockstar” Paroz very nearly made the podium. Just beating him there, and it would once again prove to be very significant, the #8 Scott Hoffman. In second it was that man #78 Paul McNeil, but taking a fantastic win in the final when the rain started was the Ipswich kart club driver, the #25 Ashley Davies.

What a drive from Scott Hoffman who had two bad starts during the weekend requiring him to battle through the field, He did just that in the final to secure 3rd which helped him to the Qld kart championship winning the blue plate by 6 points.

In the second round result it was the #24 of Daniel Beveridge who just missed out on the podium getting 4th place, coming home third with a fantastic drive in the final was the sponsor of the class himself #81 Scott Burke. Bringing it home in second and battling all the way to do so was the #28 of Rick Jones, and the winner after also securing the lap record was #22 Mathew Walker.

What a drive again from Mathew Walker securing the Blue plate with a points haul of 140!

In the second round results #97 Harrison Hoey came oh so close to the podium finishing 4th. Another local Bundaberg driver #17 Troy Loeskow managed to secure 3rd while in 2nd place, after breaking the lap record himself in practice, was yet another Bundaberg driver the #58 James Litzow. After securing the lap record it was a brilliant win for the #42 of Jordi Marcon!

It couldn’t actually have been any closer with 2nd & 3rd finishing on the same points and winner of the blue plate by just a single point the Harrington Doyle driver #2 Scott Sorensen.

In the second round results #21 Samuel Gerrard just missed out on a podium securing 4th. New lap record holder #68 Kris Walton came home in 3rd which would prove very important. In second place, having enough life in those tyres, was the #16 of Paul Vuichoud. Getting a fabulous win was the ever populous Praga driver #35 Gaven Whitmore.

An awesome drive from Kris Walton, who was running two classes throughout the weekend, secured him the blue plate.

Big thanks to our sponsors of the meeting:

What a cracker we had. Thanks to all the officials / committee / members / canteen staff / volunteers and competitors.

Kev “ THE NOISE” Davies signing off! 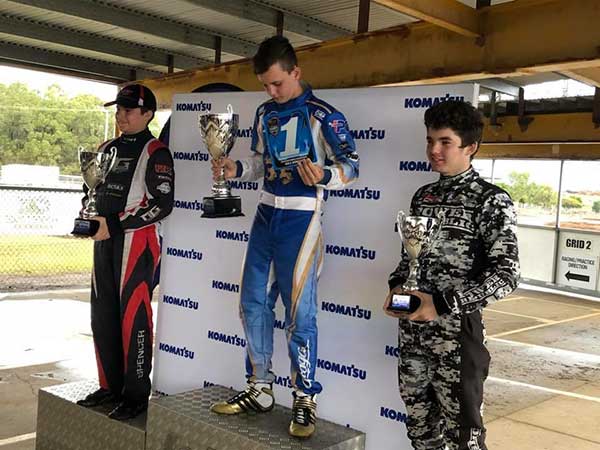 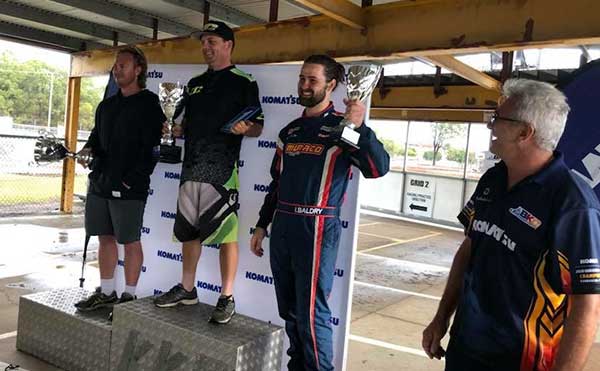 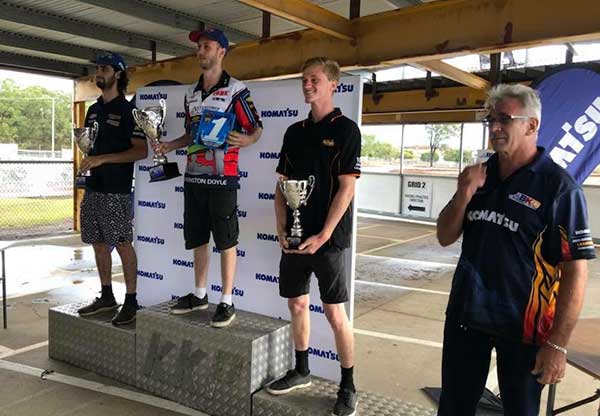 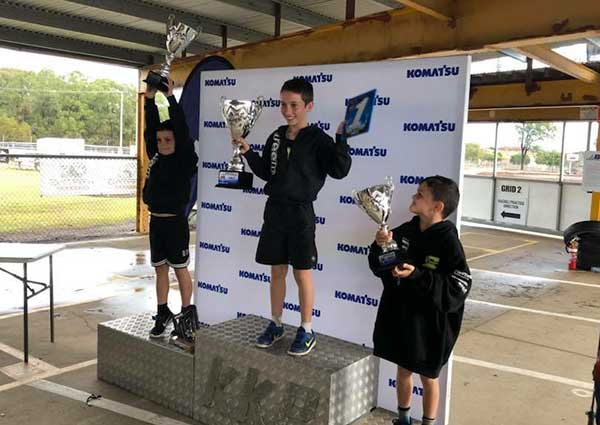 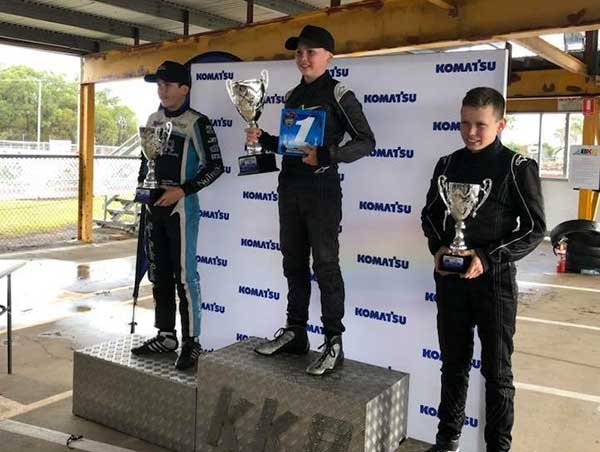 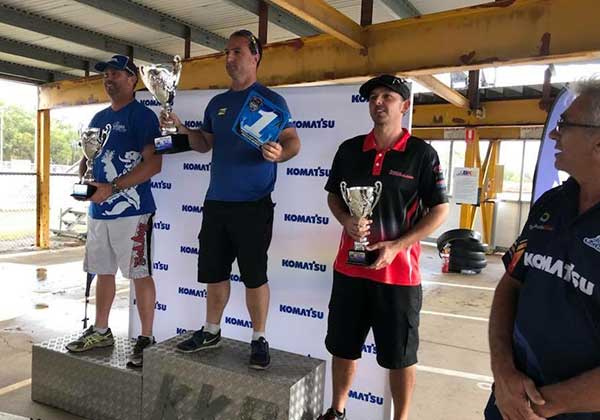 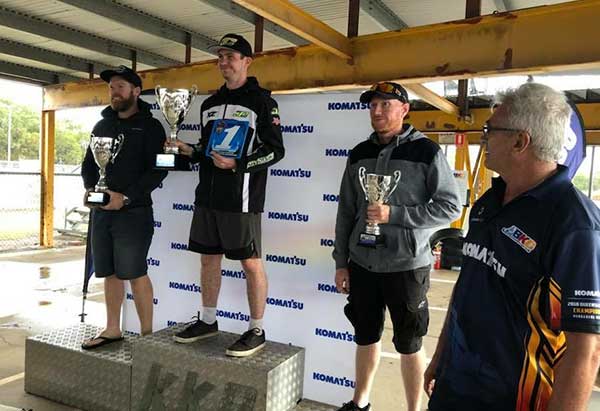