At least, that’s what I would have been saying if I were one of the KZ2 drivers. Especially when given the opportunity to unleash a 6-speed go-kart on the Albury-Wodonga track.

Fortunately for the officials however, my inexperienced hands were nowhere near the hot seat of a KZ2 doing in excess of 130 kilometres per hour. That job was left to the New South Wales drivers, who brought the incredible KZ2 Super Series to the AWKC August Club Day.

With their rapid standing starts and colossal, high-speed battles, the KZ2s were enthralling. 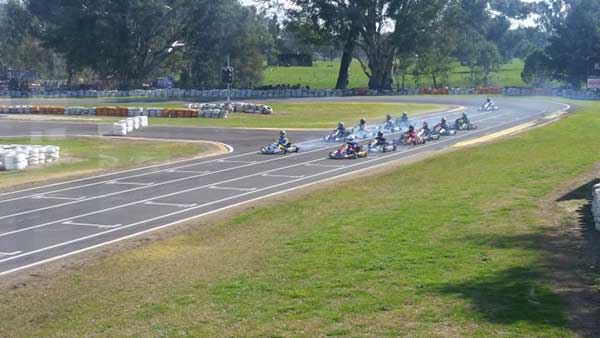 In heat 1, Ashley Chebaia and Zac Zamprogno inched slightly too close together through the hairpin of turn 4, with both careening into the gravel-trap. Meanwhile, Trevor Hall and Michael Pesce both span off – on separate laps – through the left-hander of turn 8. However, by heat 2, they had all perfected the track and were clear of spins. No more. Ever.

It seemed that all day, Zac Zamprogno was at the centre of the action. First in the heat 1 collision, then in retaking first position after he dropped five spots during the heat 2 start. Yes, he really did make up five places. One of which was my overtake of the day: an inside dash past Danny Wright through turn 5, where Zac’s right-rear wheel clipped the grass and threatened the stability of the kart. It was memorable for sure.

Then there was Danny Wright, a home-grown hero, who put in a fantastic drive throughout the final to hold onto third position; he fended off the regular KZ2 competitors for at least 10 of the 20 laps. He also had me on the edge of my seat. 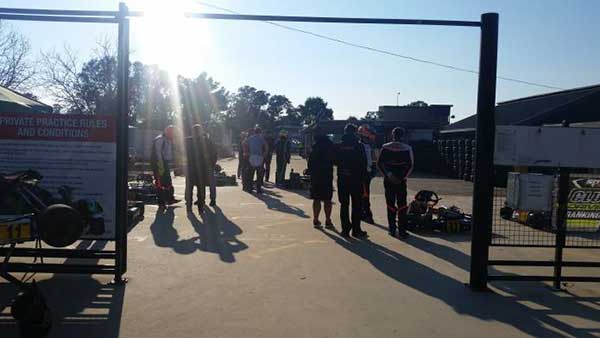 The rest of the club day was, in comparison, mild-mannered.

The Cadets had a fabulous heat 2 start that placed the underdogs in front of the usual skilled winners, the Alessi’s. Half a lap later however, and everything was reverted to normal. Until the final anyway, when Anthony Alessi retired on the formation lap from a chain issue, handing the victory to determined and skilled, yet unsung racer Eddy Cooper.

The KA4 Junior category had a shortage of intense battles, due to the fact that it featured three racers: skilled competitor Piper Muller, who had a power advantage over Toby Robins – on his second race day – and Patrick Gallagher, who was participating in his first. Both the latter were in Kart Equip karts.

In the TaG 125 Light category, Blake Worboys and Wil Longmore enjoyed a heat 2 battle that stretched over the first two laps. Then Blake pulled away, leaving Wil to fend off Aaron Chebaia for second place. 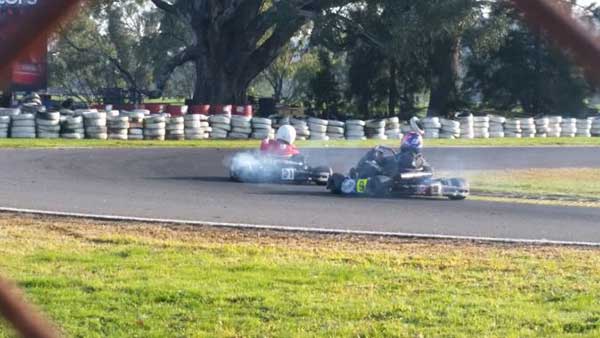 Finally, the second-most interesting category of the day – possibly because it was three classes combined – the chaos class of Restricted Light, Senior Medium and Restricted Medium. Yet even they were mild-mannered as well. Up front, Stephen O’Hare, David Brett and Kevin Mullavey were having a right-royal scrap that lasted all day, but left Stephen the overall victor.

At the other end, Ron Lonsdale seemed to be stuck in a terrible day, going from pole to eleventh and back to tenth in heat 1 due to a brief excursion onto the grass. In heat 2, he slipped back to seventh place after he ran wide; then Jason Gambold drifted into the side of Ron’s kart, thus accidentally bumping him onto the grass and relegating him to eighth place. 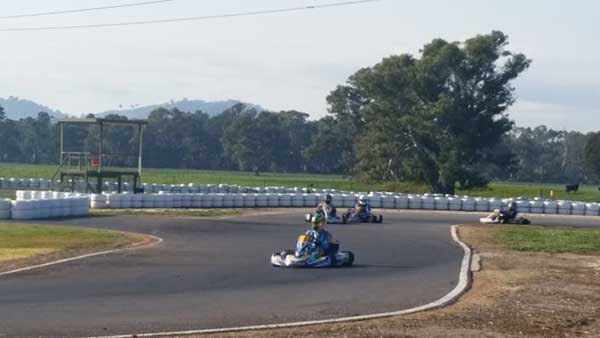 Even without the shock that spins serve, it was a day that provided ample entertainment for all those involved. Thankyou KZ2s for spicing things up a bit with your mind-boggling speed; speeds so fast that you forget that they are actually humans driving tiny machines less than a foot off the ground, with no seat belts and no mirrors. It makes mortals like me jealous.

Anyway, I look forward to the next race day on the 30th of September; sadly, without the KZ2s.

So goodbye, farewell, hasta la vista and arrivederci. Until next time. 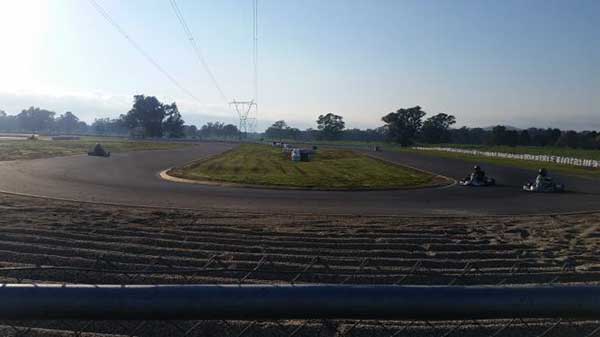 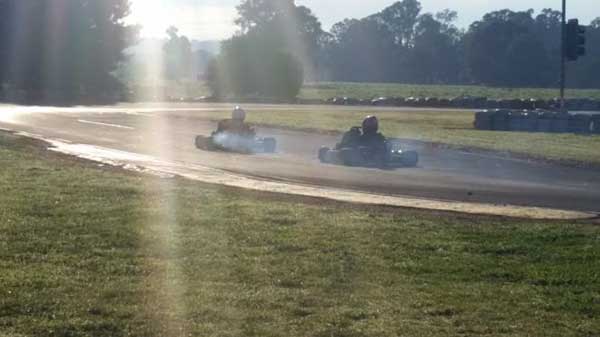 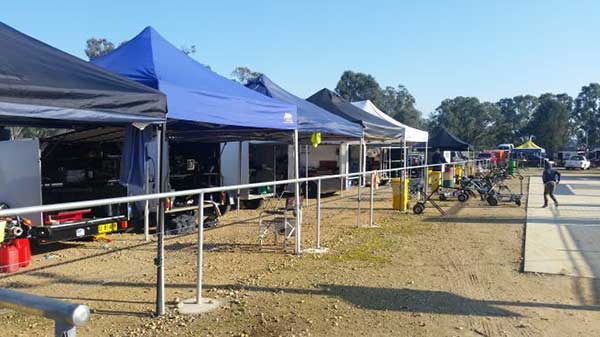 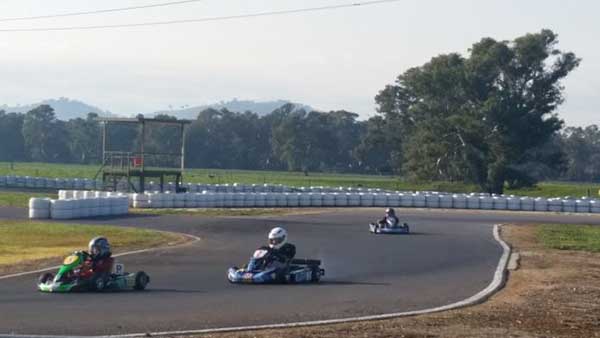 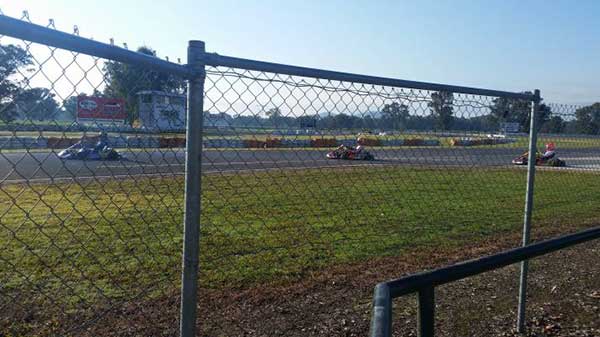 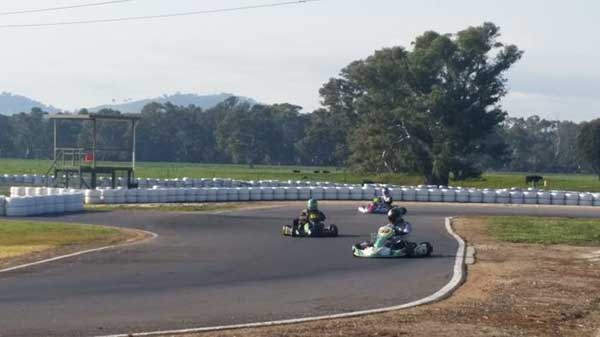 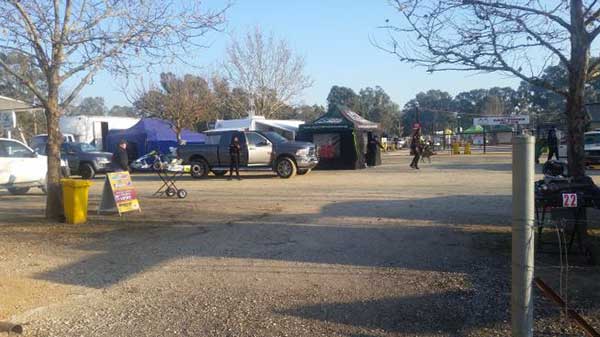 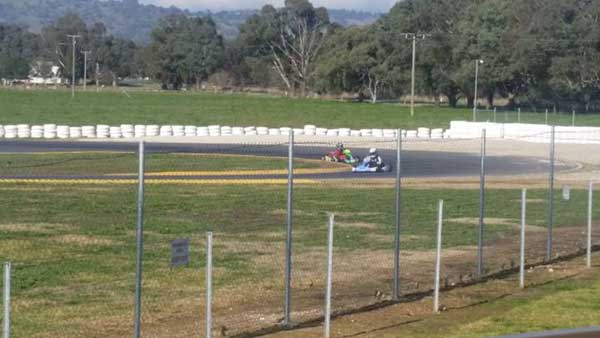