Four drivers all had a perfect run at the most recent Angas Go Kart Club points meeting on Sunday July 22 with Gavin Earl, Kyle Lambe, Luke Tugwell and Chris Ferguson all taking out a clean sweep of all five races in their respective classes, this being the final hit out before the big one, the prestigious Gold Cup on Sunday August 5. 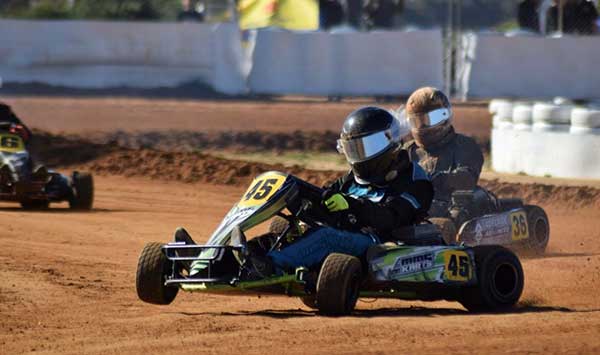 Local driver Chris Ferguson not only took a clean sweep aboard his MMS Kart in the 125cc class leaving Ben Burford and Colby Doar to battle for second and third respectively but he was also one of two drivers on the day to back up with multiple class wins also taking out the KT Twin class which should prove to be a huge boost for the Meadows resident heading into the upcoming prestigious Gold Cup event.

Also sure to be boosted by a dominant performance is Brown Racing Karts driver Gavin Earl who showed a clean pair of heels in the KT Heavy class leading home Troy Hood and Jarod Tozer overall. 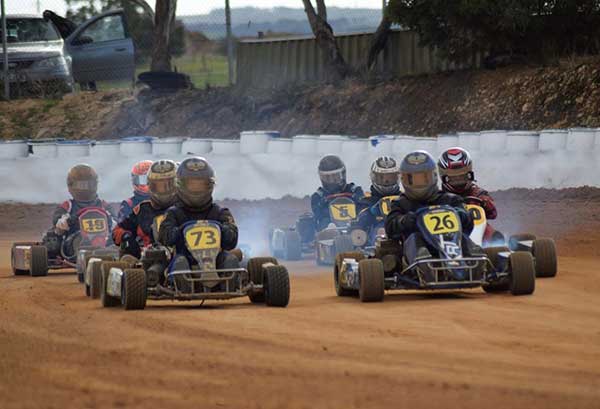 “It was awesome to have such a strong day and win every race, especially after having a disappointing run up in Alice Springs for the Northern Territory Championships recently. It gives me a good confidence boost heading into the Gold Cup, that’s the one we all want to win,” Earl explained.

Blanchetown racer Kyle Lambe flew the flag proudly for the Devil Karts team also winning every race from the opening heat right through to the final leaving Cameron Jones and Blake Tugwell to round out the podium.

The fourth driver to score a clean sweep was Yorke Peninsula Racer Luke Tugwell scoring a perfect points haul in KT Medium over Ben Oxley and Jake Harrison whist the KRT driver was the other driver on the day to also score two class wins also taking out the Outlaw class over Corey Bilney and Scott Harris. 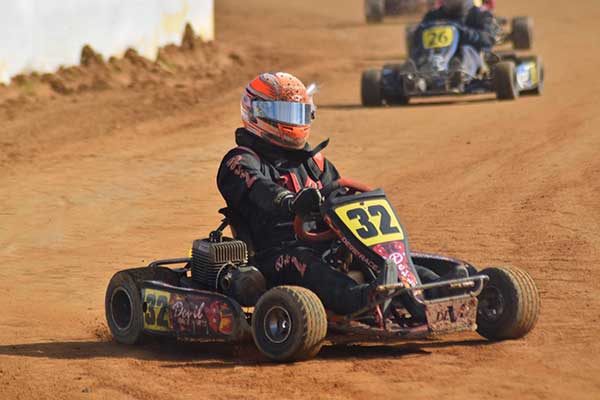 In Junior Light Blake Stephens started the day with a third place in the opening heat but from there showed his dominance to win the remaining three heats and final to take out first place on the day from Tom Christodoulous and Liam Grundy.

Remy Mather took a narrow three point win the the Junior Heavy category over Lachlan O’Shea and fast femme Felicity Lee-Coates whist another young lady racer in 5 year-old Taylor Dillon had a fun day out in the Midgets class showing Levi Ross the way around on his debut weekend.

Finally the Rookies had a good showing of six drivers, Kody Crouch, Aiden Lambe, Josh Rusby, Sean Forrestal, Saxon Klau and William Cutting all enjoying their time out on track. 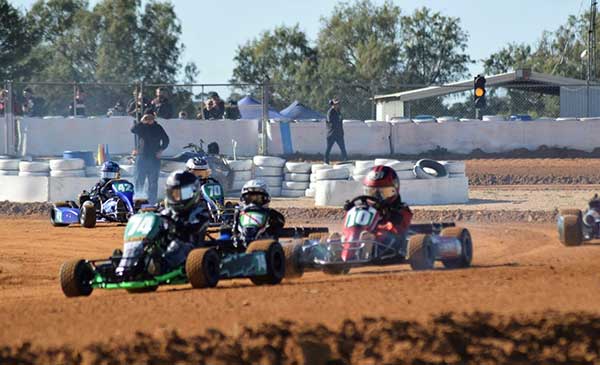