The Geoff King Motors Australian Kart Masters held at Coffs Harbour on the June Long weekend was a huge success and enjoyed by all.

The rain stayed away which made for challenging and sometimes strategic decisions in the extended race format. Five races and a final for all classes, except TaG Restricted Medium which, as the largest class, had an extra reverse grid race thrown in.

A new qualifying shoot-out was introduced for the first time, to test the fastest qualifier from each class having to put together a 1 lap flyer to match or beat their best lap. In the end Jonathon Males KA4 Heavy took out the prize of a new set of AMV Wheels.

Racing was of a very high standard with most classes showing faster times than at the NSW Kart Championship the month before.

KA4 Light
1st Gregory Ryan, 2nd Amanda Branson – not a lot of action for Gregory as consistent pace throughout the weekend made for an easy win

Open Performance
1st Peter Virgulti, 2nd Gordon Wells, 3rd Bill Miller – Rotax DD2 was the weapon of choice, not quite a clean sweep but performance was there when it was needed.

Tag Restricted Medium
1st Nicholas Crawshay, 2nd Christopher Nobbs, 3rd Bruce Otter – With mixed results throughout the heats and a poor qualifying it was going to be an interesting final and who made the fewest mistakes. Multiple lead changes and brilliant passing setup an interesting final lap. With Bruce sizing up for the win with 2 corners to go it was a very late dive, but clean move from Chris that took the option away and left Nick with the win.

TaG 125 Light
1st Aaron Rabjones, 2nd Tony Bregonje, 3rd Craig Fuller – Not much can be said about Aaron’s performance, he was untouchable, simply fast and consistent taking a clean sweep of every race. Nice drive by Tony holding off the local Craig Fuller with a slowing kart due to a broken reed pedal.

KA3 Light
1st Robert Reid, 2nd Mark Appleby, 3rd Andrew Walker – What a close race and the tightest of finishes for the weekend, Mark leading the whole final until 2 laps to go and then crossing the line with 0.193 between them.

TaG 125 Heavy
1st Troy Brown, 2nd Michael Osmond, 3rd Andrew Morgan – Definitely some strategic choices going on in the class, who would be able to keep tyres good for the final? Troy was able to win heat 2, 3, 4, 5 and final setting fastest laps in each race. With an easy 8 sec win in the final the competition had no answer.

TaG Restricted Heavy
1st Dale McDonnell, 2nd Shane Tate, 3rd Peter Sloan – the big boys were out to have some fun, good to see the friendship and enjoyment that was displayed, with not much different in any of the top 6 times, the final was close with Dale taking the win in the end.

TaG Restricted Light
1st Michael Schiller, 2nd Stephen Donley, 3rd Brett Llewellyn – Michael Jumped to the leap in the final and was never touched, Stephen had a nice drive through the field to beat previous winner Brett in a close finish.

KA3 Medium
1st Denis Butler, 2nd Nicholas Crawshay, Bruce Otter – This race got a bit more serious and accidents were bound to happen, so little time covered the top karts, with a couple of the front runners having a DNF. Dennis wasn’t going to let this one get away, he stayed out of trouble and drove to a nice win.

Sundays traditional presentation dinner at Sawtell RSL was a great turnout and enjoyed by over 140 drivers, pit crew and families.

The club would like to thank Kelvin O’Reilly and Karting Australia for their support, Karting NSW, all the Officials and volunteers who put an amazing amount of work in to make this event happen. 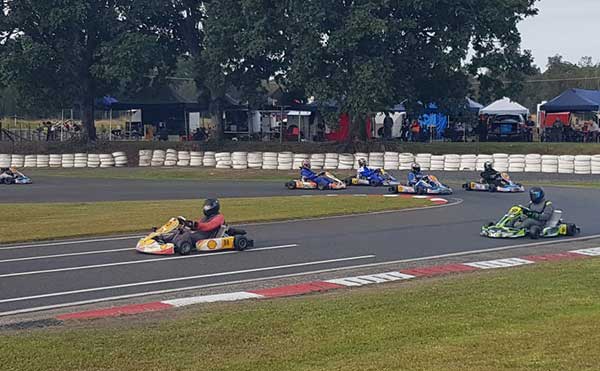 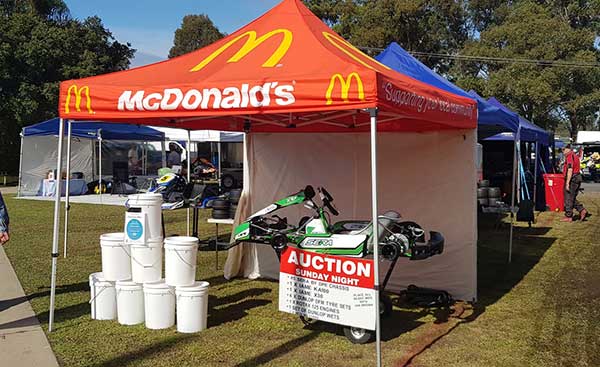 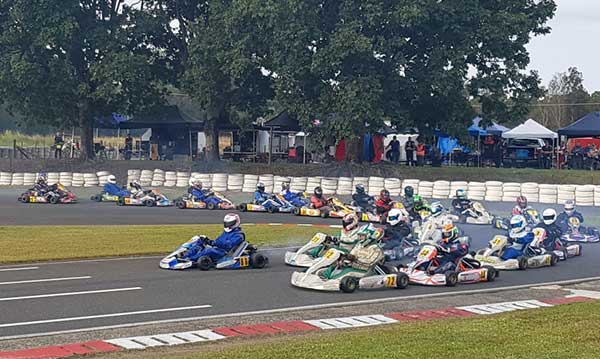 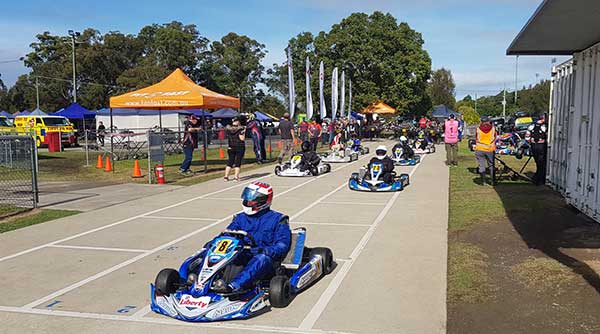