ADRENALINE – You don’t want to screw up on this track! On-board Shifter racing at the barrier (and tree!) lined Quincy GP, USA.

BULLETS – The gun club next to Go Kart Club of Victoria (Todd Rd) has been closed pending an investigation into a report a bullet fragment had landed at the track. Police are investigating the claim, however kart club President John Wall told theage.com.au he had “no idea” who made the claim, or when the incident was believed to have occurred. “So far, no club member has come forward and mentioned anything to me or I believe, any committee members,” Wall said. He then explained that earth abutments bordering the two properties were designed to preclude this from happening.  Wall added the go kart club had an excellent relationship with the gun club and co-operated with them regularly on shared parking for large events. Read the full article on theage.com.au HERE.

LIVE POWER – Gippsland Go Kart Club plan to broadcast live on Facebook all the finals from round four of the Golden Power Series which takes place at the Morwell circuit later this month (June 30/July 1). The club is expecting a number of extra drivers to race at the venue the Sunday prior (June 24, the club’s monthly race day for June) as a shakedown for the Power Series. Entries are open on the KA CMS. 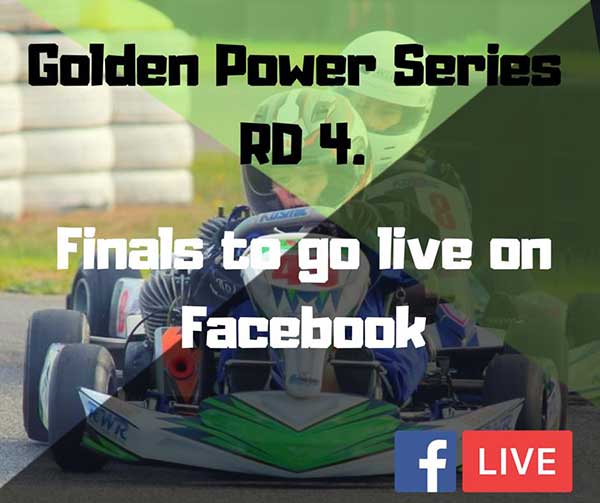 FUTURE MOVER – AKC KA2 racer Emerson Harvey has been signed as a junior development driver with Volante Rosso. The 15-year-old will be with the team at selected Carrera Cup rounds for the remainder of the year. He will be “involved in engineering meetings, data analysis, his fitness, mental preparation and all other elements to get him ready for cars.” Read more on speedcafe HERE.

DRIVER PR – Russ Occhipinti continues to impress in the 125-Open Gearbox class with another successful Superkart meeting at Broadford last weekend. Russ qualified on pole position, winning two of the 4 heats and setting a new lap record in the final of 1:00.7104. A small 5mm bolt sheering off on the gear selector cost Russ the Final while leading the race comfortably, however he still managed to finish, earning second place overall for the meeting. “The Woodgate Evo kart is showing plenty of pace and the team look forward to the state title later this year.” Russ would like to thank Ace Karts for sponsoring the team, Woodgate Racing, Lee Filliponi, Penrite oil and the Victorian Superkart Club. 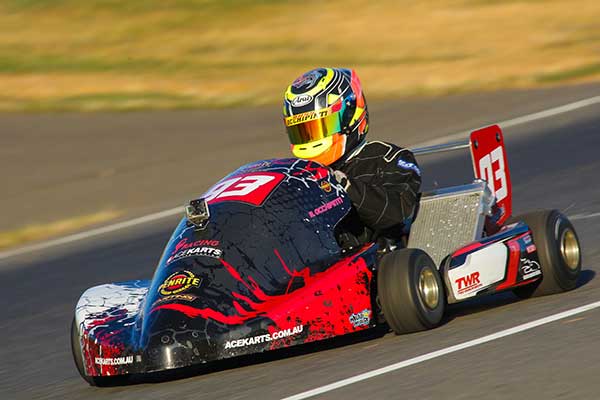 NEW RULES – Karting Australia updated its 2018 rule book at the end of last month. The changes include:

F4 TOP GUN – A Formula 4 test is up for grabs at the Queensland Junior Top Guns meeting at Warwick on July 14 & 15. The winning driver will be decided on merit as opposed to the outright result. Entries are available across KA4 Junior Light, JMAX, KA3 Junior Light and 4SS classes. 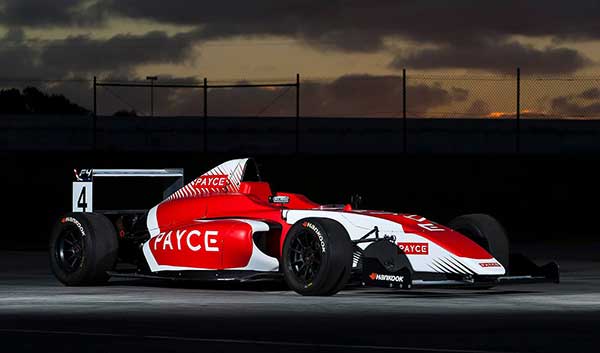 TRY IT – Superkarts will hit the Broadford circuit next month for the fifth round of the Victorian club series. Conducted on Sunday July 8, the day will also offer “Try Drives” for those looking to have a run – contact the Victorian Superkart Club HERE. Broadford State Motorcycle Sports Complex is at 260 Strath Creek Road, Broadford, Victoria. 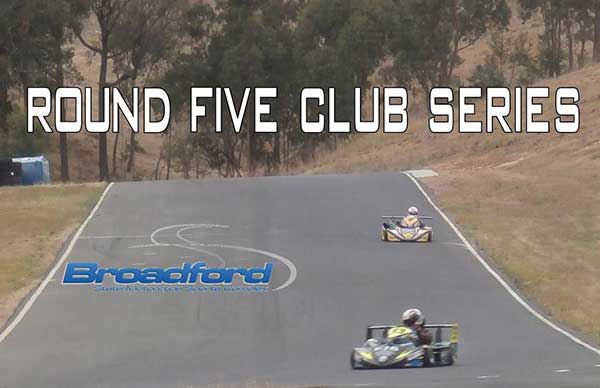 FEELING LUCKY? -A new batch of Lucky Design helmets have arrived at IKD. Check out the IKD website HERE, or take a look in store! (4 Pullman Place, Emu Plains 2750) 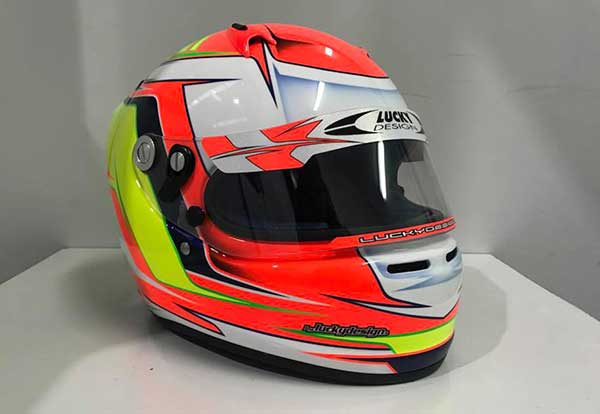 GARTH’S GARAGE – Garth Tander talks about how he got involved in motor sport via karting. “It was very much a family-oriented activity”.

FLIP FLOP – Bas Lammers has switched teams. Again. Alpha Karting has named Lammers as the team’s new official driver. Bas will race KZ and compete in the CIK-FIA European and World Championships. His first race in Alpha colours will be the WSK Open Cup at Lonato, June 21-24. Alpha karts are manufactured by Sodikart, for whom Lammers has previously driven. “This is huge news!” Lammers posted on Facebook. “I’m very happy that I get the chance to be back on track and doing what I most love to do, racing behind the wheel! It feels like a new challenge but also coming back home after a difficult period of wandering around without a goal.”