In the space of two weeks, the official Birel ART team visited two benchmark international circuits: Wackersdorf in Germany and PF International in England. Still very successful, the Italian chassis enabled their drivers to score excellent results in the DKM, including a podium for Luigi Coluccio in OK. However, the wheel turned on 20th May across the Channel, in the European OK and OK-Junior Championships. Despite this, the qualifications saw a significant collection of points. 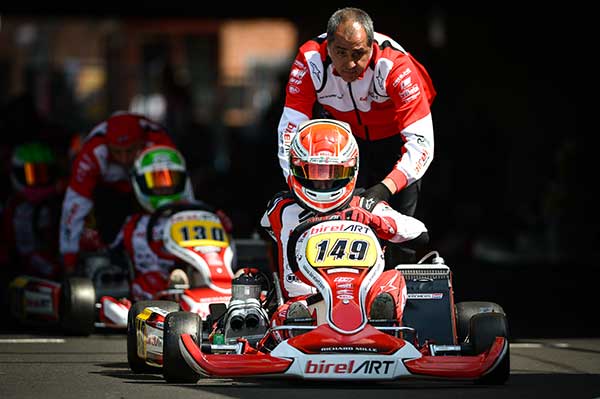 In the German Championship, the Birel ART brand remained in the positive spiral from the European Championship at Salbris. In OK, the Italian Luigi Coluccio drove brilliantly in Qualifying, before getting on the second step of the podium. The excellent collaboration with Birel ART distributors, such as KSW Racing in Austria and Solgat Motorsport in Germany, was confirmed in OK-Junior with the return from 22nd to 5th place for Jule Weimann in Race 2, as well as in DSKC with Franz Lehner finishing in the top three.

At Wackersdorf, Birel ART was also omnipresent at the front in KZ2. Rick Dreezen and Marijn Kremers finished 2nd and 5th respectively in Race 1, before André Matisic finished on the podium, with Kremers in 6th position.

Birel ART at the forefront in Qualifying

“We arrived at the European Championship in Great Britain with legitimate ambitions. Of course, we knew we had to contend with one of the most difficult circuits of the season, that of PFI, where the British are still very hard to beat,” confirmed Davide Forè, the team manager.

“Nevertheless, several drivers were competitive, setting some of the best times of the meeting. In Qualifying, Luigi Coluccio finished in the top three three times in the heats and hoped for a good result in the Final. Without a faulty “power-valve” in a race, he would have been in the top eight and his race would have been different. There, an incident in the heart of a turbulent pack forced him to retire on the fifth lap. I think Marijn Kremers also deserved a better result.” 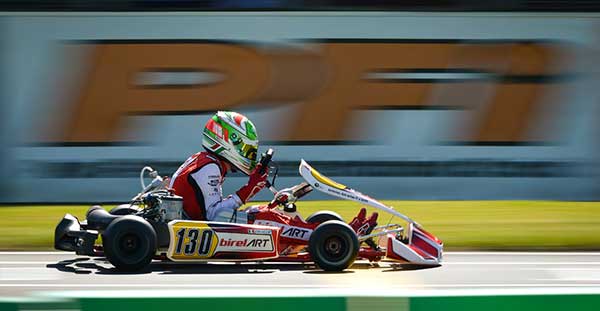 At the wheel of his PF International Karting team’s Birel ART, Oliver Hodgson was one of the major leaders of this OK Final, moving up from 16th to 4th place. The exclusion of another driver could even have given him a podium, but he was himself penalised for a dislodged fairing and was downgraded to 9th.

As at Sarno, Lorenzo Ressico D’Aloisio proved the highest ranked of the Birel ART team in OK-Junior. However the Italian driver was unable to enjoy the fruits of his consistent Qualifying Heats for long, as he was involved in a clash at the start of the Final.

“With the whole team, we continue to enable our drivers to make progress. Some still lack experience and, in this context, it is never easy to get to the front of the field at a very selective circuit like that of PFI. We continue to prove that the Birel ART chassis is competitive, just like our TM engines. Just look at the times achieved by the Canadian Thomas Nepveu and Italian Francesco Raffaele Pizzi in OK-Junior. They were often in the same tenth as the first. They would have been successful if they could have completed a better Qualifying session, before avoiding the frequent incidents in the pack or penalties due to dislodged fairings.

“Today, we must continue the work done since the beginning of the season and keep this momentum so that the results come, as they did in Germany,” concluded Davide Forè. 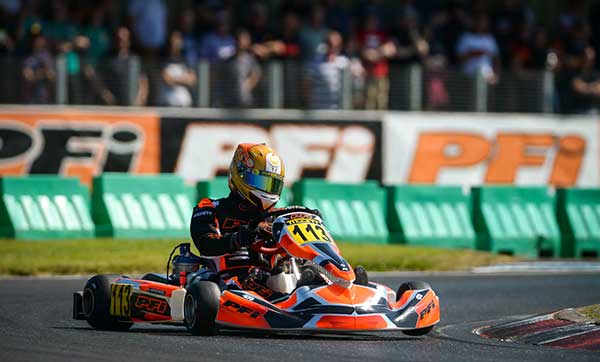