The Eastern Lions Kart Club ran the new 4SS class at the February club day, and will be running it again next weekend.

Five competitors took to the Puckapunyal track, Amanda Branson coming out with the overall win for the day.

Ringwood Kart Centre’s Ian Branson has been behind the push for 4SS at ELKC, telling KartSportNews he’s a big advocate for the category.

RKC fitted Torini engines to a number of second hand Azzurro chassis for the meeting.

“It was very inexpensive racing” Ian told KartSportNews. “Across all five karts, we used 18 litres of fuel – and a can of chain lube.” 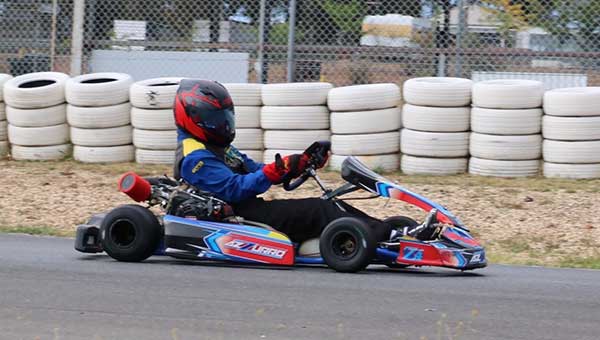 Plus tyres. But he was also happy with the control Vega VAH tyre. “It feels similar to Dunlop’s DFM and on the durometer comes in at 70 points. It’s not wearing significantly and the tyres we used have probably now done about four race meetings worth of running.”

As far as feel of the engine on track, Branson described them as “a lot like the ‘J old was, but with more weight”

They ran all karts on the same gearing, but weights varied from 135kg to 185kg. “While the lighter drivers were able to get off the corner better, everyone ended up doing the same top speed.”

“I felt they are really good for your driving because you have to be very neat – mistakes really get punished.”

“We had five at the first club day and from talking to people I reckon we could have an additional five at the next round” Branson added. 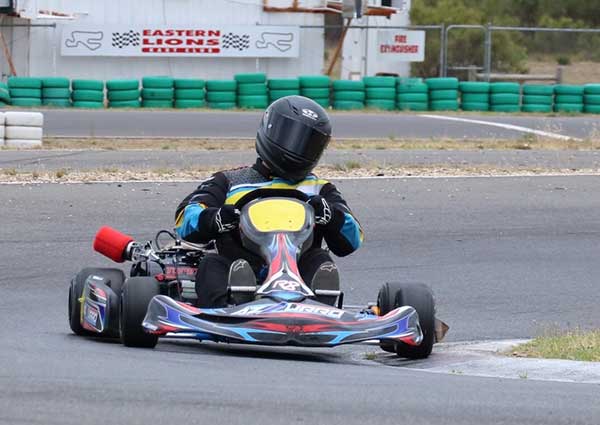 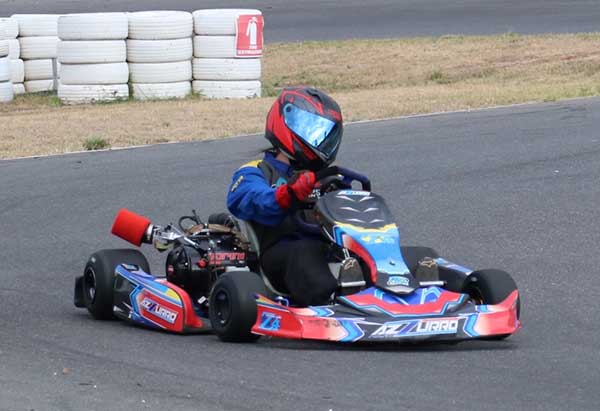