The past week readers have been able to vote on the question: “If there were, say, 5 race meetings in your local area, would you prefer they were run as a series with a point score, or as standalone events?“.

The poll didn’t attract anywhere near the interest of previous polls (just 258 replies), so from this one might conclude it’s not a significant issue. However, for those who did participate, the far majority would prefer standalone events. 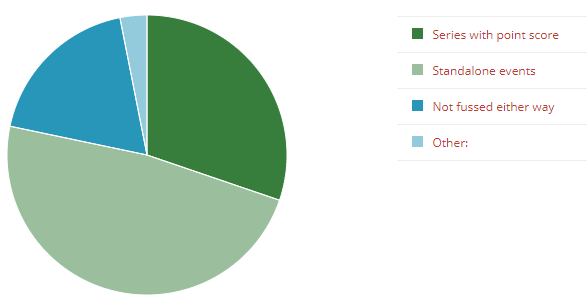 Some of the responses for the ‘Other’ category include “both options have their place”, “whatever draws people to race against” and “why not start a league series between clubs”.

There was positive feedback for both the VCS in Victoria and the CQ Karting Series in Queensland.