MAKE COMMENT – Did you know you can comment directly on each post within KartSportNews? Yep, just scroll down to the ‘Leave a Reply’ box and start typing. Condition is, you must use your full name, and your first comment will need to be approved before it goes public. Once that’s done, you’re free to comment on any post at any time. But please, PLEASE,  keep them relevant and respectful.

BACK TO KARTS – Charlotte Poynting is super excited to be jumping back into a kart. “With the support of Kart & Track I’ll be competing in the Women’s Nationals at Combined Districts Kart Club in TaG 125, running the CRG KT2 and PRD Galaxy engine package which won the event last year” she said. Poynting has not raced the class before and has not been in a kart for two years. “Bring it on.”

KUBICA – This is the new look for Kubica kart in 2018. The fluro orange chassis with black accessories is manufactured by Birel ART. 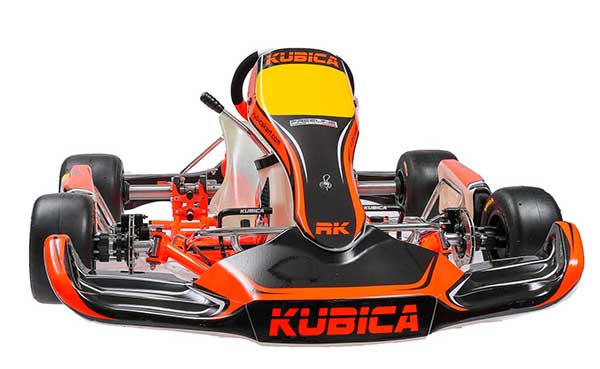 WATCH WORLD’S BEST – For those in the area, get down to Todd Rd over the Australia Day long weekend and watch the professionals at work at the opening round of the 2018 Rotax Pro Tour. 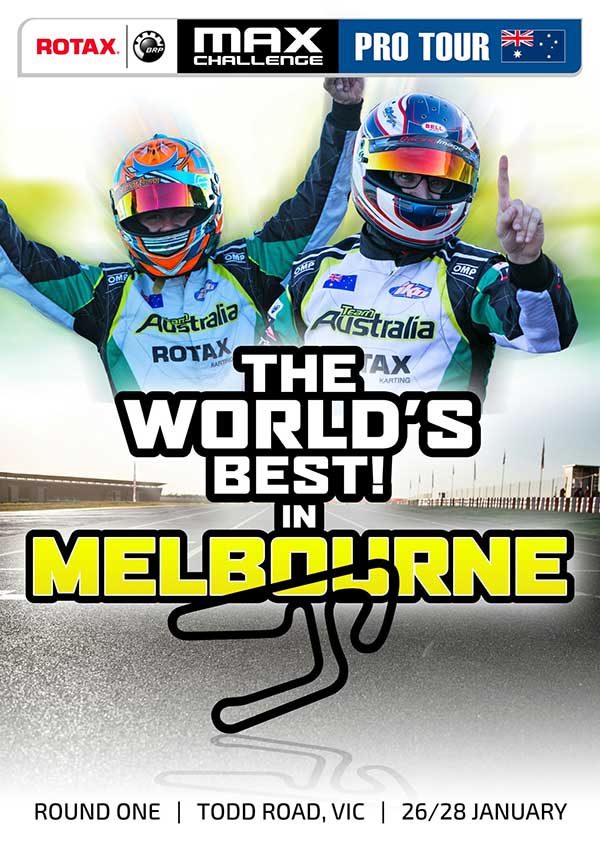 DRIVER/TEAM – Cody Brewczynski has announced his plans for the 2018 season. “2018 is going to be bigger than ever! I will be competing again in the Rotax Pro Tour in Rotax Light aboard a Compkart and Australian Kart Championship in TaG also in a Compkart” he posted on social media. “Huge thanks to everyone at Velocity Kart Shop for the help in the 2017 season and again in the 2018 season. I will still have Troy Hunt as a mentor helping me. And again we will have great horsepower by Troy Farley Race Engines.” 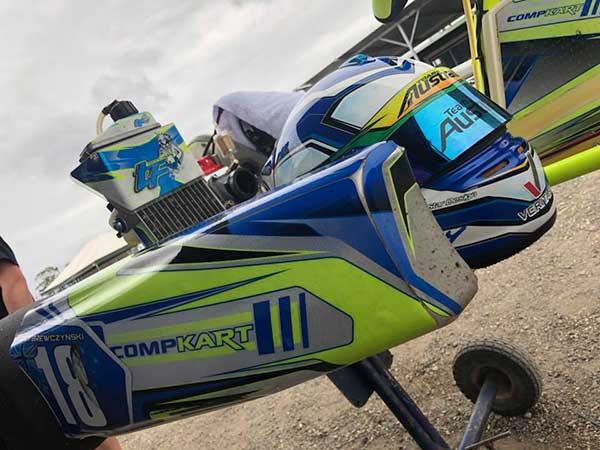 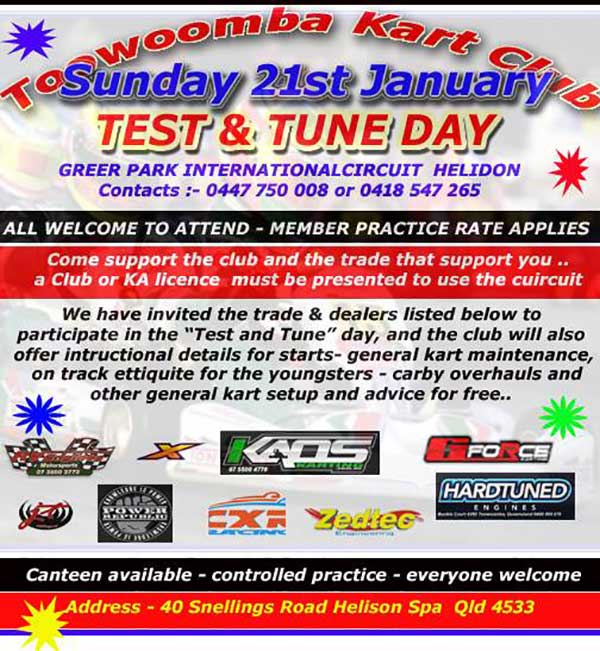 KA’S INTRO VIDEO – Safety in Karting: a helpful video for those new to the sport.

INDUSTRY – Benik kart will no longer be manufactured by Parolin. The American brand had used the Italian firm to build it’s frames since Benik was launched in 2013. “For the recent months, we have been developing a prototype mini kart chassis and have completed thousands of laps of testing at several different circuits,” explained Team Manager Nick Mitchell. “Working with a new manufacturer and new material, we feel that we now have the speed, performance and quality that has superseded all previous models to date.” The Australian Benik Kart distributor is Pro Karting in Melbourne.

KERPEN KILLED – Reports from Germany say the famous Kerpen kart track is set to close. The club’s facility – the track and 20 hectares of land – will give way to a brown coal open cut mine approaching from the west. Michael Schumacher owns two-thirds of the land, the other third is in the hands of Kart Club Kerpen-Manheim. Until recently, the club was trying to find a new venue, but the local authorities and residents have scuttled those plans. The final races at Kerpen will likely take place in 2020. 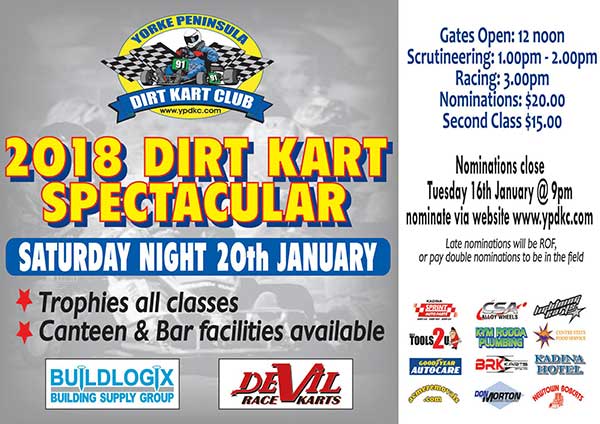 STICK IT – Get a pack of KartSportNews stickers. Packs of 10 or 20, free postage, go HERE to purchase (then tag us in a photo on Facebook of you and your KSN sticker and we’ll share your pic!). 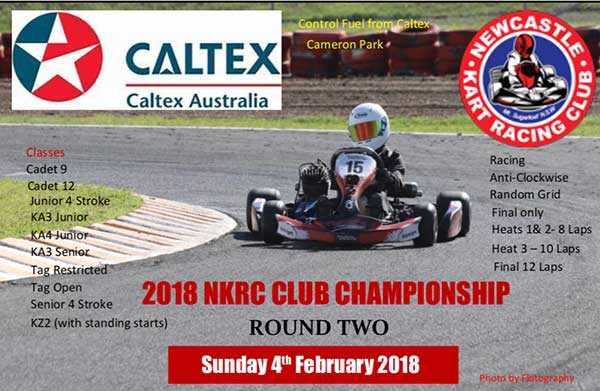 DVS SETTINGS – PFG has released a Dealer Bulletin regarding base settings “for your tuning responsibilities in the KA2 Junior and new KA1 DVS Motors”.  Competitors must keep the exhaust temperature below 600 deg C. 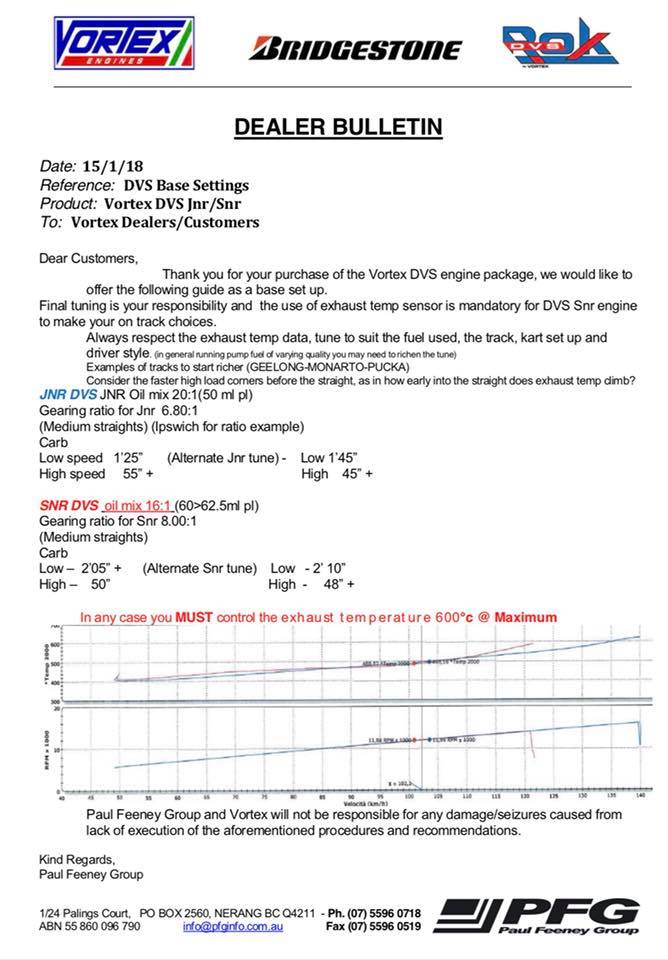 CHATTERBOX – Australian commentator Ian Salvestrin is returning to Europe to be the official announcer for WSK Promotions in 2018. 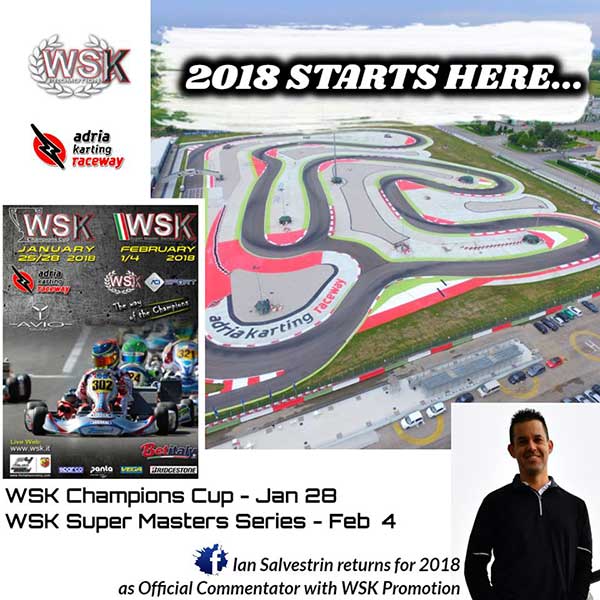 TEAM/DRIVER – The Paul Feeney Group Racing Team has announced a number of drivers for the 2018 Australian Kart Championship:

TEAM/DRIVER – eKartingNews.com driver of the year and current SuperKarts! USA IAME X30 Champion Ryan Norberg will be racing in Australia next month. Norberg will contest the opening round of the Australian Kart Championship with the Patrizicorse team aboard Birel ART. 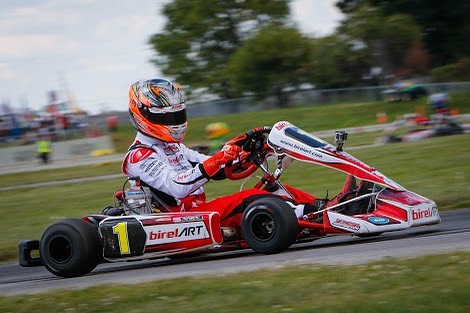 HOLE-IN-ONE CRICKET – Following interviews with both of Australia’s Rotax World Champs, a cricket “Hot Shot” competition will take place at Todd Rd that could result in winning a new Rotax engine. “Names will be drawn from a hat at random and those drivers have the opportunity to face one ball and hit it into the bucket” Pro Tour posted on Facebook. “If it lands in the bucket you WIN A ROTAX ENGINE! Be sure to attend the FREE Australia Day Pro Tour BBQ 26th January 4pm for your chance to be one of the drivers selected.” 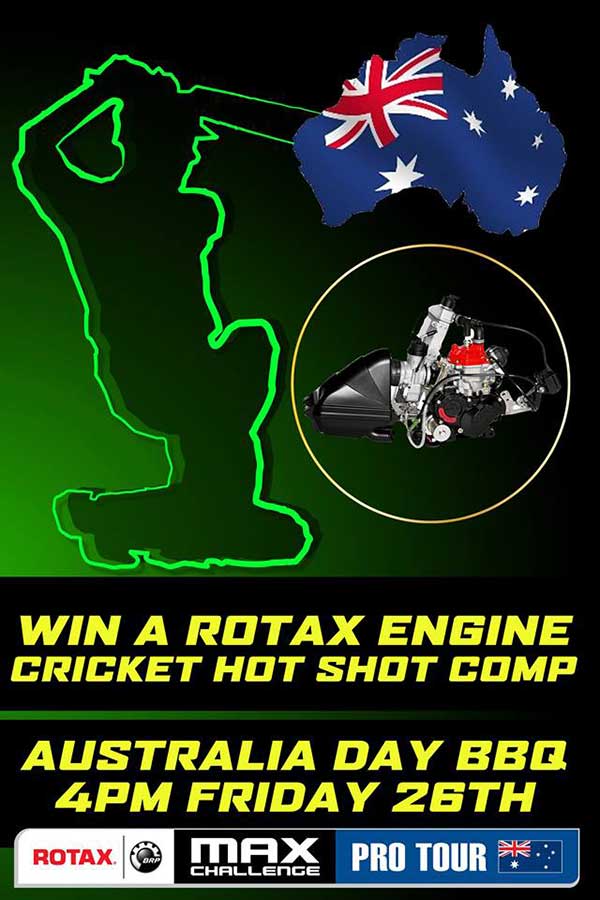 NEW WINNER GUARANTEED – A new name will be added to the shield at the 23rd running of the McDonald’s Young Guns in Launceston this Saturday.  Defending two time winner Tate Frost has moved to seniors, so now the form guide suggests Hobart’s Fletcher Bellars and Callum Bishop along with Devonport’s Ethan Wyllie will be hard to beat. However, locals Jake Delphin, William Blair, Tyson Phegan and newcomer Harrison Sellars will push hard to keep the trophy at their home club. The 20 lap final will be run around 7pm on Saturday night. The younger Cadet 9 and Cadet 12s will battle for the Wyllie Family Shield. Launceston’s Toby Callow is going for three straight wins. Also on the programme are KZ Shifters, TaG open and Restricted plus KA3 and KA4. Racing begins at 12 noon and the final run in the twilight. Full canteen facilities and spectators are free.

RED ROCKETS – Lorenzo Camplese has returned to the Maranello Kart Racing Team for 2018. Maranello confirmed the Italian will race KZ alongside Marco Zanchetta, Nicolas Gonzales and Massimo Dante (all KZ2) to form an ‘attack squad’ in the gearbox categories. “I am really excited to be back at Maranello, the team that allowed me to win the Italian Championship in 2014″ Camplese said. “I will start the 2018 season with the Winter Cup of Lonato, then I will take part in some WSK events and particularly in the European and World KZ Championships.”

INDUSTRY – Eric Motorsport Supply has been appointed the Rotax distributor for the China, Taiwan, Hong Kong and Macao markets. KRS Motorsports was the previous distributor in China. As part of the deal, Eric Motorsport Supply will launch a 12-race ‘Chinese Cup’ – 3 circuits with 3 races on each in China, 3 races in Taiwan then one final race in Taichung City. The Chinese Cup will award four tickets to the Rotax MAX Challenge Grand Finals. 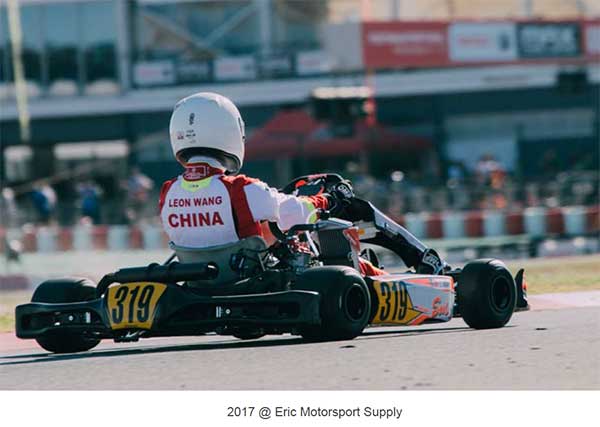 LADIES – Ladies only on Friday and Saturday. Summer Cup open to all on Sunday. 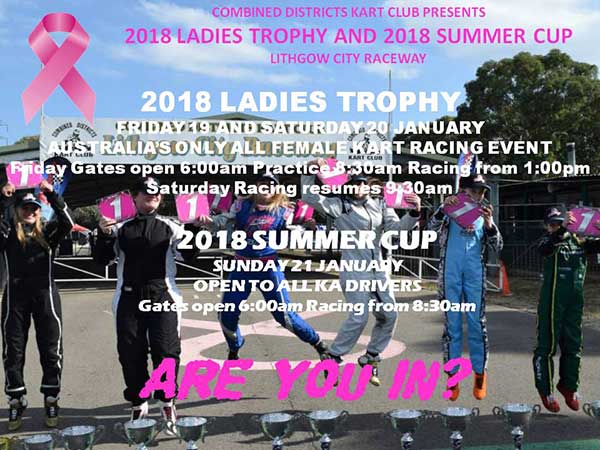