A previous poll indicated 60% of karters were planning to do less racing this year than they did in 2017.

As a result, we asked why. The numbers from the latest poll suggest one major reason – money.

In fact, the top 3 responses – accounting for almost 60% of replies – were about karters not being able to afford the sport:

Dissatisfaction with rules (and/or their enforcement) accounted for 18%.

Surprisingly, less than 6% indicated a lack of time or change of interest as a reason. 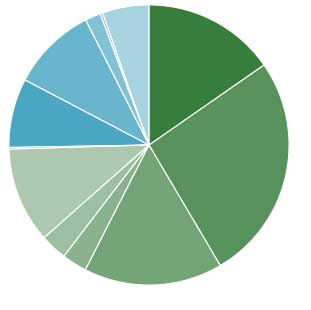 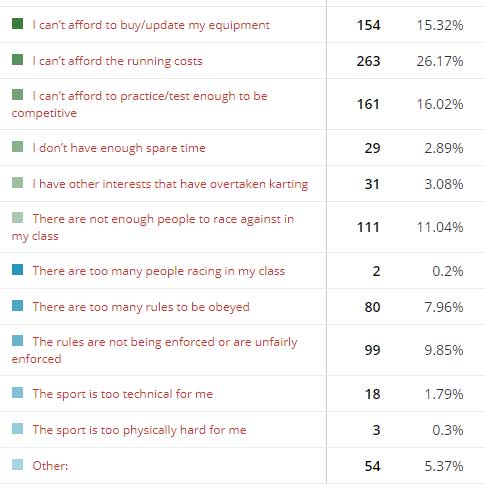 54 ‘Other’ responses were recorded.

Of those 54, a significant number went along the lines of not liking the current administrators of Karting Australia as a reason to race less. I don’t understand why that’s a reason not to race. Sure, you might not agree with what they’re doing or how they’re doing it, but do you boycott public events and facilities just because you don’t like the Prime Minister?

Anyway, here’s a selection of replies received in ‘Other’ reasons to race less in 2018:

1 thought on “Poll Result: Why You Race Less”